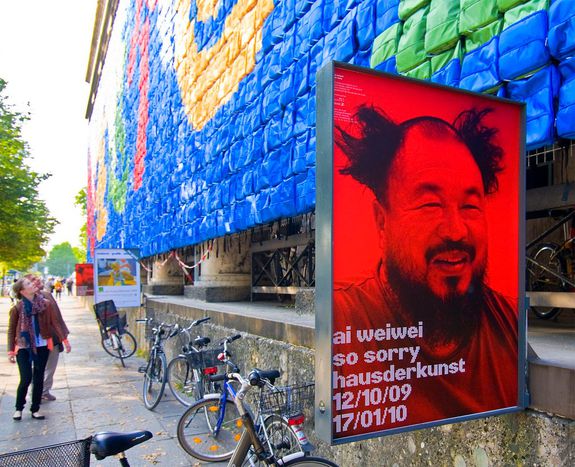 What's going on with China as guest of honour at the Frankfurt book fair?

At the opening ceremony on 13 October, in the presence of Chinese vice president Xi Jinping, German chancellor Angela Merkel said there would be 'no taboos'. The Italian, Swiss, Spanish and German press react

The world's largest book fair had already come in for criticism in the run-up to the event after two authors critical of the regime in Beijing were struck from the agenda by the Chinese co-organisers.

As the guest of honour at the Frankfurt book fair, China is still struggling with its image problem, writes the left-liberal daily: 'A cultural Olympics. That's how China saw its role as guest of honour in Frankfurt. An opportunity to gain international recognition, a possiblity to come across as a 'soft power'. But the polemics have already broken out even before the fair opened (including boycott threats), showing that China is still much farther from attaining this goal than it would like.

Polemics broke out even before the fair opened, including boycott threats

If a few Tibetans were enough to tarnish the country's image during the Olympic games, in Frankfurt the same service is being done by critical artists like Ai Weiwei, or writers like Bei Ling who have recently been released from prison. In a compromise move Bei Ling will speak on the last day of the fair, so that if the Chinese delegation decides to leave in protest, at least it won't have to rebook all its flights' (Vanna Vannuccini)

'Like a repetition of the Beijing games' -La Vanguardia, Spain 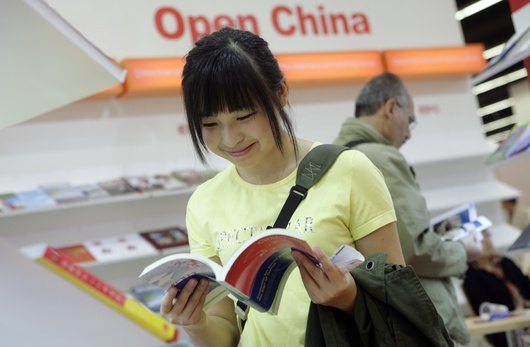 The liberal daily draws a comparison between the summer Olympic games in Beijing and this year's Frankfurt book fair, warning that too much should not be made of Chinese intolerance: 'The Frankfurt book fair opened its doors with a divided heart. On the one hand is money, on the other hand the well-meaning, civilising mission Europe has presumed to undertake in China for several centuries. To a certain degree this is like a repetition of the Beijing games last summer, except that China was then playing a home game and now it has the role of 'guest of honour' in a major away game. A strange situation. Nevertheless we must be careful not to lose sight of the true China between the official image and the dissident-image promoted in the west. China's useless censorship system is the subject of widespread ridicule, and in fact there is much tolerance and freedom of opinion in the country as long as you don't get on the communist party's nerves' (Rafael Poch)

'Things can only get better' - Neue Zürcher Zeitung, Switzerland

The daily describes the opening speeches at the Frankfurt book fair as uninspired: 'Sensations weren't to be expected. Nor were fights or harsh words on the cards. No speechmaker for the German host would want to offend the Chinese guest of honour - it was clear from the outset that good manners come first.

Did the opening ceremony really have to be bland to the point of dreariness?

And no Chinese would want to tear away at the already gaping ideological gulf that still separates China from the free world. But did this year's opening ceremony at the Frankfurt book fair really have to be bland to the point of dreariness? Not a single harsh or pointed word. No jokes, no irony and no deeper meanings. The inauguration of the 61st Frankfurt book fair lies behind us now. Things can only get better' (Joachim Güntner)

The left-liberal daily writes: 'Hey, there are complaints about human rights abuses and other injustices in China. Yet our criticism of this, as trite as it is, will remain silent about the fact that our Chinese friends have become what they are today, namely powerful. And the same will be true in Frankfurt, because we profited from their cheap labour for decades - without complaining. So as happens at every book fair, this year too there will be a lot of lies spoken in a high moralising tone. And as usual we're not supposed to care. Because in fifteen years at most China will be even more of a global economic powerhouse and therefore finance our pensions' (Christian Schlüter)

China has a sterling opportunity to show its will to reform, writes the left-liberal daily: 'As China is not at all indifferent about its image in the world, the job of organising its presence as guest of honour in Frankfurt has gone to the Chinese bureau for general administration of press & publication of all people, the authority responsible for censorship in the country. The way the official delegates approach debate at the book fair will be the best yardstick for judging how willing the Chinese government really is to reform regarding freedom of opinion. If the disputes that took place in the run-up to the book fair are any indication, Chinese leaders will once more pay lip-service to the words of the national sage Confucius without heeding them at all' (Bernhard Bartsch)