What the fridge is EU debate on the ground?

For a year from October 2008, the monthly initiative brings together one cafebabel.com editor with three reporters and one photojournalist from across the network to spend four days reporting in a European city

The sole objective of reporting on attention-grabbing ‘glocale’ issues with a spicy political slant. Every instalment of EU Debate on the Ground will be peppered by a ‘live’ debate, giving the wider community the chance to interact with the reporters and ask those crucial questions in the lead-up to the June 2009 elections. 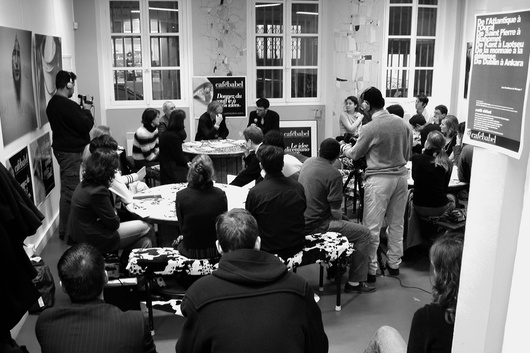 Over the coming months, these teams of reporters will cross across the continent, bringing us the latest buzz from the great European cities, the local perspective on national politics and how Europeans see their democratic candidates! We will publish a high quality monthly supplement in six languages, delivered from a young, unedited and unjaded point of view; an intelligent window onto the daily lives of our European counterparts.

What the participants say 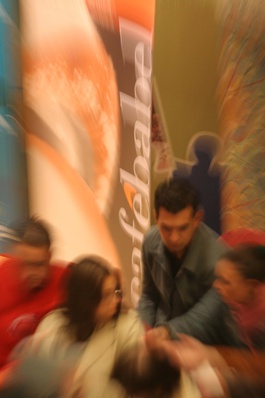 ‘EU Debate on the ground’ is the best way to perfectionate your journalistic technique. Once your back from this experience abroad, it’s easier to go for an interview or feature in your own country. We learn how easy it is to work in a city and a language foreign to us’

‘Thanks to this initiative, I understood that if you want to write about another country, it’s better to go there itself and get to know its people and reality. The week that I spent in Brussels along with the team of journalists showed me that we can learn and understand from the first second. It’s true that we conserve our cultural knowledge, but we enrich it with pure journalism!’

‘ EU Debate on the ground’ is a unique experience which allowed me to meet other journalists and journalism students, to learn from their style and their ideas’

Read the latest edition in Tallinn...

... and the forthcoming edition in Paris, to be published in January 2009

Translated from Qu'est-ce donc que EU Debate on the ground ?