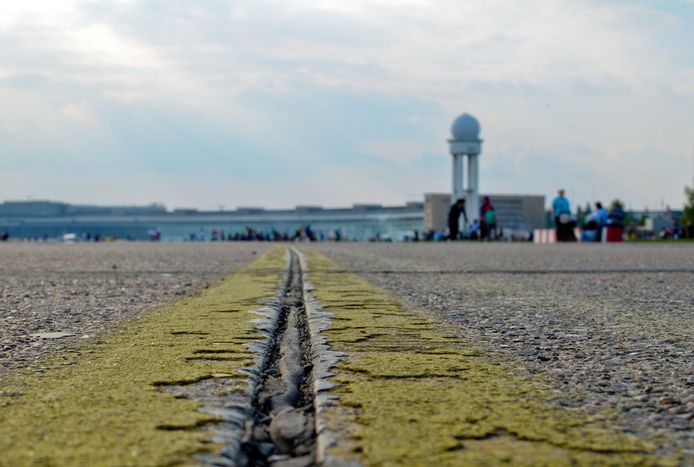 What happened to 'The Mother of All Airports'

The future of environmental sustainability, refugee crisis, civil participation, gentrification and more: The Tempelhof area in Berlin is a unique symbol of social conflicts currently going on in Western Europe.

Tempelhof is a former airport area that has been used by citizens as a leisurely place. It holds a special position as the last “green resort” for the inhabitants of the city after most of the green places that gave the city its special green identity (as being plentiful of  green places) were built on.

As a result of that, inhabitants of Berlin succeeded to collect one million signatures to a petition to make a law that prevents the city from building in this area last year.

However, only one year after the law passed, the city of Berlin is trying to propose another law that allows them to build a social housing for refugees, according to tempelhoferfreiheit.de. Since the airport terminal itself is currently being used as a refugee shelter, the city suggests the field would be a good place to build the social housing for refugees as well due to proximity.

This proposal is being challenged by citizen initiatives and individuals. They oppose the proposal for a number of reasons: First, they see this as a matter of principle and do not want one of the biggest petitions ever done to be disregarded. It could set as a negative precedent. Then, they point at the social and environmental significance of the area. Building a refugee shelter would be no more than an excuse, they say: a central area like Tempelhof is a great location for an expensive residence area; and the city would find any reason now to change the law. Another argument brought forward is a social question: does Berlin need another ghetto? According to the citizens, the city should learn from its past mistakes – therefore refugees should be distributed in different areas to live among the society and be able to integrate in.

The Tempelhof area lies between the borders of two of the main districts in the Social City Programme: Bezirksamt Tempelhof-Schöneberg and Schillerpromenade.

Gunnar Zerowsky who is part of the Quartiersmanagement (QM) Schillerpromenade points to the problem of gentrification. In a nutshell, Gentrification is a trend in urban neighborhoods, which results in increased property prices and the displacing of lower-income families and small businesses.

This creates the pressure of more people needing to move down to the South of Neukölln, since gentrification is coming from the North (from the side of Kreuzberg). Zerowsky explains this would be the reason for the city’s attempts to use this area: solving the housing problem and the social conflict problems resulting from gentrification. 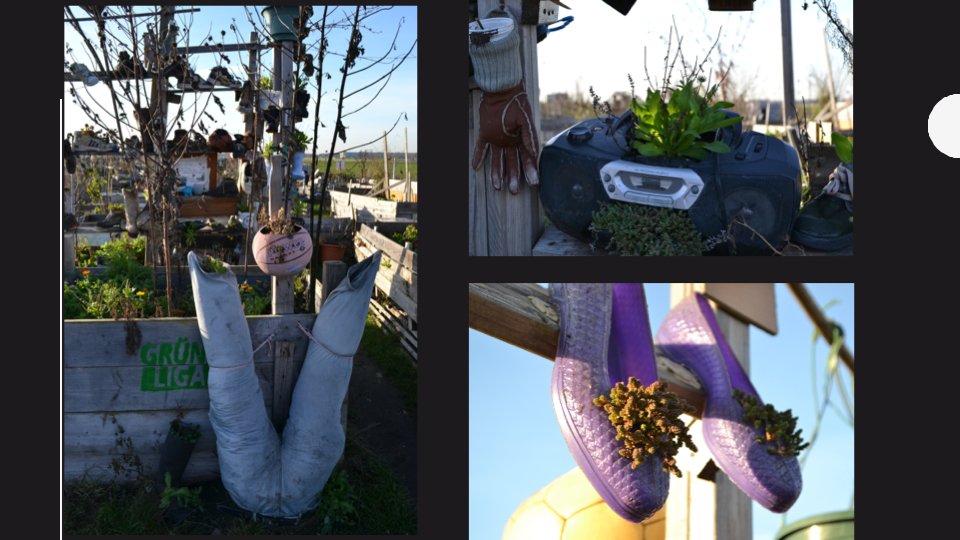 Walking into the Tempelhof area, we could see many aspects of the environmental and cultural identity of the place. Each community has their small garden that they built themselves with second-use materials. After five minutes of walking there, a rose planted in a shoe wasn’t a surprising scene anymore. Although it was a random Tuesday afternoon, there were some people hanging out and doing kiting activities, which again, reflected the significance of the area to the inhabitants. 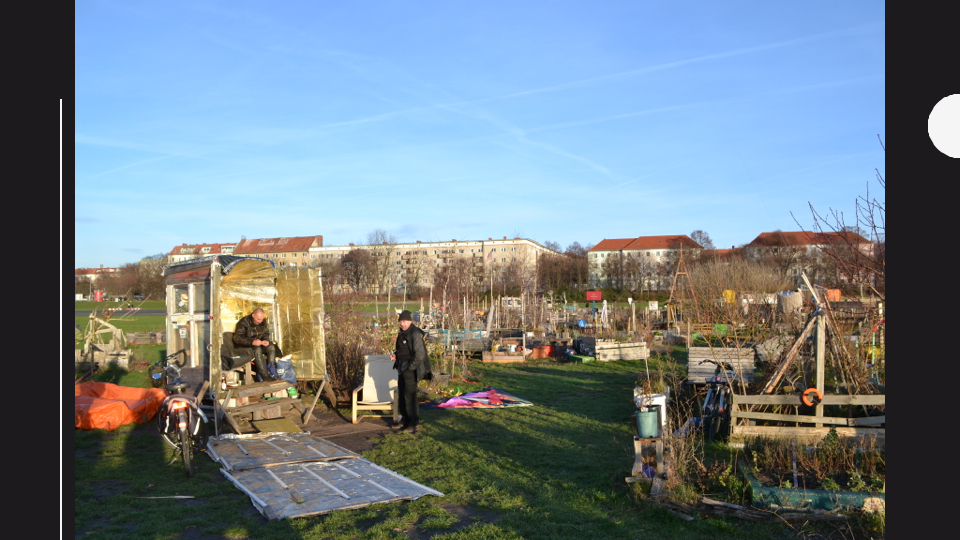 Photos taken from the Tempelhof area.

Zaynab Laszkiewitz, one of the inhabitants of Berlin who actively participated in the campaign to collect the signatures to stop pass the low of not building in the area. She talked to us about the value of the place as a community get-together that gets stuffed with people from the neighbourhood where they can meet each other and discuss different things. “However, I personally just come with my husband to enjoy the sunset” added  Laszkiewitz. She said that disregarding the citizens petition and in this short time was not acceptable.

A meeting was held in one of the citizens associations “Planung Freiraum”, 9th of December, to discuss this issue. As stated above, they made the point that the refugee shelter reason is not valid to them. They sketched suggestive plans for creating refugee housing and for how to continue using the Tempelhof area as a social and environmental platform.

“Planung Freiraum: is one of the civil associations that cooperate with the Social City management in different aspects of social development in the district Schillerpromenade, in which half of the Tempelhof area is located.

Beate Storini, one of the coordinators of “Planung Freiraum” meeting also pointed another important ecological significance to the area, it is one of the few environments in Berlin where birds can breed freely.

Tempelhof is located in central Berlin and was first designed as an airport in 1920 and the building was finished by the Nazis in 1941. Tempelhof was apparently a big thing in the pre World War II Europe due to its  functional system, it was called “the mother of all airports”. According to Cold War Sites.Net, there was no room for expanding the Tempelhof airport In 2008, and that’s why it was closed.

A parliamentary referendum sealed the permanent closure of the airport. Two years after it was closed, the Tempelhof area was opened as a public space, starting with the park “Tempelhofer Freiheit”. 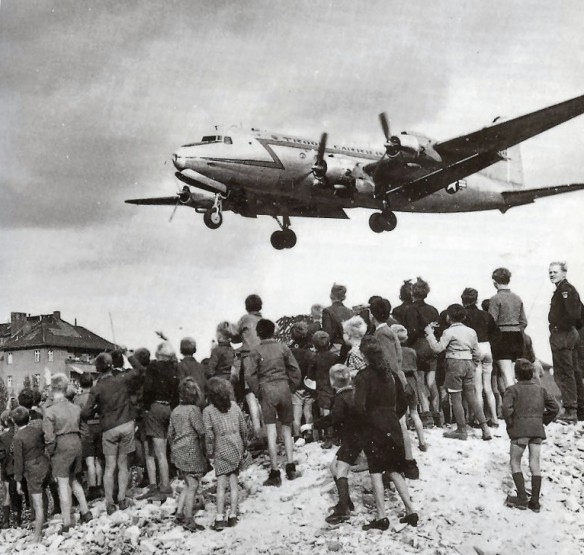 The future of the Tempelhof area is still unclear. The question is whether the city will succeed in passing the new law -if the citizens will be able to stand for their initiative until the end. Like similar social and environmental European problems, it is waiting for the coming few years to draw a new social environmental European map. In this case, we’re waiting for Tempelhof to build the new map for Berlin.