What does it really mean?

Not many people will actually bother reading the Constitution, but it is important to know how it will affect our lives – especially when voting in referenda 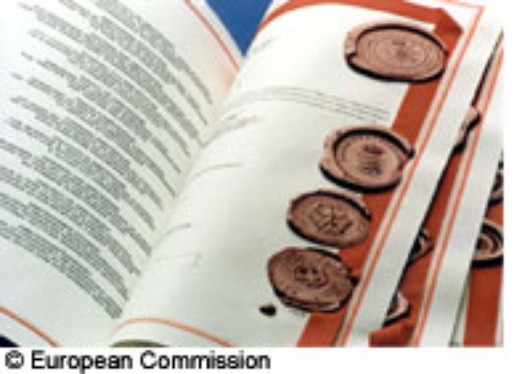 In October, leaders from the 25 EU member states signed the second Treaty of Rome, better known as the Constitutional Treaty. If ratified by all the member states, the EU will soon have a Constitution. We, the European citizenry, need to ask two vital questions: why, if at all, do we need a constitution and what would it mean for us?

Clarification of past treaties

The European Convention (which drew up the Constitutional Treaty) was formed, in its chairman Valery Giscard d’Estaing’s own words, to clarify a byzantine system which is “far too complicated for the people”. The theory was that blending all existing EU treaties into one comprehensible document would alleviate the chronic disengagement between the European public and their institutions. A democratic constitution would frame the relationship between governors and governed, and constrain the power of our rulers by ushering in a system of checks and balances. This, in turn, would make the EU more accountable.

The Constitution’s language is complex and legalistic, but it has real implications which need to be understood - particularly by the public in the countries where referenda will take place. Overall, the Constitution would give more power to Brussels, although certain domains - such as industry and culture - would remain the prerogative of nation states. The creation of the post of EU Foreign Minister and the increase in the number of EU competences (policy areas) - to include energy, sport, and intellectual property among others - will further centralise power, thereby giving the EU a greater presence on the world stage. Provision has also been made for an elected President of the European Council who, on approval by the European Parliament, would serve a two and a half year term. Since the document would legally enshrine an anthem, a flag, a defined territory, a legislature and a supreme court, the EU would therefore be endowed with a greater political identity in its own right.

The way in which legislation is decided upon will also be changed. Currently there are still many areas in which a unanimous decision is required; no mean feat considering the EU recently swelled to 25 members. With the Constitution, the number of areas subject to qualified majority voting (QMV) would be increased to 153, leaving only 44 in which unanimous agreement of all members would still be required. Moreover, the threshold for passing legislation through QMV would be lowered: the voting bloc required for a majority would be at least 55% of the members of the Council, comprising at least 15 states that represent 65% of the population of the Union. These proposals would make decision-making easier and more democratic but would diminish the ability of individual states to defend their own interests against the majority.

Another other crucial element of the Constitution is the Charter of Fundamental Rights, which enshrines individuals’ inalienable rights to life and liberty. It also promotes a large number of ‘positive rights’, entitlements which citizens can demand from whichever state they choose to reside in. These include the right to housing assistance, social security benefits, health care, consumer protection and services of ‘general economic interest’. In this way, the EU’s institutions would legislate and arbitrate in many more policy areas that were once the domain of the nation state.

There is little doubt that the Constitution would deepen the integration process. There is, however, a heated debate over whether this would be a good or bad move. Sceptics maintain that it would centralise power and thwart free trade. On the other hand, proponents say reform is necessary to make decision-making easier in an enlarged EU, and to give it a greater presence in international affairs. Ultimately, the people will judge whether the Constitution is a healthy development.