What communism means to three central and eastern European women

Twenty years since the fall of the Berlin wall, what does communism mean to Cecilia, 22, from Bulgaria, Katharina, 20, from Slovakia and Anna, 28, from the Czech Republic?

Cecilia, 22, from Bulgaria moved to Erlangen to study theatre and media studies. Katharina, 20, from Slovakia would like a job as a diplomat after her studies to allow her to travel the globe. Anna from the Czech Republic is, at the age of 28, a lecturer at the University of Brno. They were born in the former communist countries, and are now young women in their mid-twenties. Asserting their independence, these women have made the most of the opportunities offered by their country’s transition to capitalism, European enlargement, and economic globalisation. Twenty years since the fall of the Berlin wall, what does communism mean to these women? In times of globalisation and European enlargement, does it even make a difference any more which country you were born in?

Communism: a label you just can’t seem to shake off

'Tthe fact that I happen to be born in a communist country doesn’t really matter to me,' says Katharina, 20. 'My parents sometimes talk about it, but I have only ever known the capitalist system.’ However, despite her apparent indifference, the way her country is perceived internationally does bother her: ‘Whenever I read international newspapers, and in particular American articles about Slovakia, they always refer to a ‘post-communist’ country. It’s like a label we just can’t seem to shake off.’ 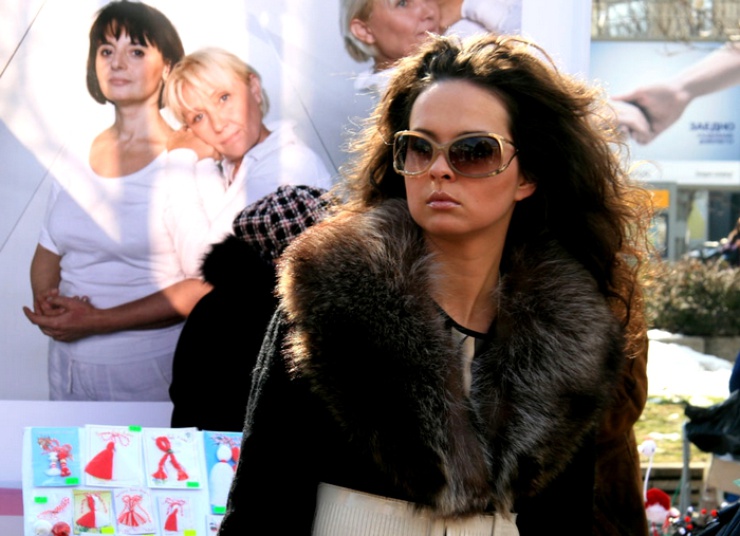 The dainty yet resolute Cecilia is even more radical when it comes to her country’s communist past. ‘It’s high time people stopped living in the past.’ The 22-year-old dismisses the socialist model as a ‘utopia’, although she does acknowledge the good intentions of the socialists. ‘I just don’t believe its possible to make everyone equal. There will always be some who are more ambitious and more curious than others. Everyone should be allowed to develop as he or she wishes.’

Anna, 28, is convinced that her past has shaped her no more than if she had been born in another country. ‘Almost every country has a past that could have negatively influenced its citizens.’

‘My profession is what I really am’

All of these women base their view of themselves on their professional aims and opportunities. With passion and fervour, the otherwise reserved Anna talks of her progression, which she sees as her ‘natural’ destiny: ‘Sometimes I think that it wasn’t me who chose my job, it was the job that chose me.’ Having studied film science, the 28-year-old is now, thanks to her perseverance and precision, a lecturer and academic at the institute of film studies at Masaryk University in Brno. She publishes articles in various languages on silent movies and the historical development of film technology. Despite the initial difficulties in making a decision, her path has been direct and successful. She identifies with what she does: ‘My profession is what I really am.’

For Cecilia, leaving Bulgaria was a means of emancipation. ‘It was important to me to be independent and not to have to live with my parents anymore.’ She sees work not only as a way to earn money, but rather as a possibility to discover ‘what is going on around me, what kind of rights and privileges people have. It’s only this way that we can change anything.’ The air of self-evidence with which these young women approach their professional development can, according to Dr Christiana Klenner, head of women and gender studies at the Hans-Böckler-Stiftung, be explained by the high level of female participation in the job markets of the post-communist countries. Although statistics from 2005 show that the number of women in paid employment has declined since the transition to capitalism, the labour force participation rate amongst women in central and eastern European countries is still higher than the EU-15 average.

‘Yes’ to emancipation – ‘No’ to levelling down!

None of the young women, however, considers herself to be a feminist. For all of them, their way of life and their profession is simply a matter of course: ‘I feel good as woman, and I’m happy as I am,’ Katharina argues. Anna likewise asserts that ‘first and foremost I see myself as a person. I have never really thought about whether I’m treated differently because I’m a woman. That’s just the way I have been brought up.’ It is only in one area that they perceive an unequal treatment of men and women: on the labour market. It irritates Katharina ‘when men earn more money than women for the same job. That really bothers me. It’s as if men get an extra ‘bonus’ for their penis.’

According to a 2005 study carried out by the Humboldt University of Berlin on the understanding of gender roles in western and eastern Europe, a large percentage of the surveyed women from eastern Europe suggested that equality for women is yet to be satisfactorily achieved in their country, particularly on the labour-market. For these women, real equality comes not from trying to make men of women, but rather from offering them access to equal rights.

Between cultures: the new Europe

The flexibility and mobility with which Cecilia, Katharina and Anna are changing the European Union, could also serve as an impulse for the further development of their countries of origin. ‘Many eastern Europeans would be happy to be able to return to their country,’ Anna points out, ‘if it offered them the possibility to live, to work, and to survive.’ Katharina does not simply feel like a European, rather more like a world citizen. ‘I don’t like it when people cling to their origins. That’s what leads to ethnic and national conflicts.’ Cecilia offers the best summing up of the inner conflict between her home country and the possibilities that Europe offers her: ‘Perhaps the only thing that is certain is that I’m truly and firmly wedged between two cultures.’