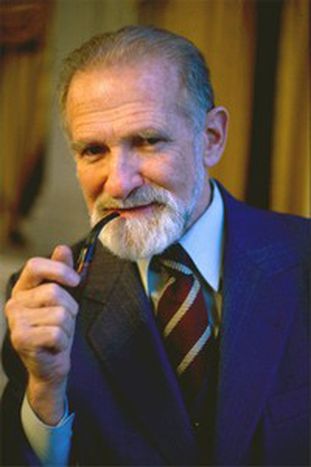 “We must redefine the European project”

Bronislaw Geremek, former Polish dissident and renowned European historian, believes widespread debate on Europe’s future is the only way out of the current deadlock.

The Polish polyglot Bronislaw Geremek, an MEP for the Alliance of Liberals and Democrats for Europe, belongs to a generation of politicians and intellectuals who left their country because of communism. A celebrated medievalist, and the brains behind the Solidarity trade union movement, the former Polish Foreign Minister has never hidden his love for Europe. Now his European dream is in crisis, it’s question time.

In what direction is Europe headed?

The dramatic nature of this question reflects the situation in which we currently find ourselves. The European Union is in a period when it is questioning its future, even though the enlargement of May 1 2004 [to include 10 new member states] should have led to a resuscitation of the European project of integration. I believe that the anxiety about the future of the EU has two principal causes. First of all, the negative results of the constitutional referenda in France and the Netherlands. Secondly, the failure of the summit at Brussels [on June 16-17 2005] to decide on the EU budget for the period 2007 to 2013. Today the EU is faced with a new challenge: redefining the European project. Almost half a century after the beginning of European integration, we now have to find a new way to envisage the future.

It has been just over a year since several Central and Eastern European countries joined the EU. Of what significance is the institutional crisis for these new member states?

We have been disappointed by European public opinion, which doesn’t seem to have recognised that enlargement has been an extremely positive and historic event. But it must be said that there hasn’t been public debate on this problem and the EU institutions have not tried to inform European citizens on the real value of enlargement. After thirteen months, it is clear that enlargement has been a win-win situation for all involved. So why not respond to the expectations of the new countries? Since the failed negotiations over the EU budget, there has been increasing concern among the new countries that the EU is not keeping its promises to them. Similarly, we have fears about the direction that European construction is taking. In the EU we are looking for a strong structure capable of creating a sense of security on the continent.

Given that the EU is now going through a critical period for its future, is now a suitable time to open negations with Turkey?

I think we should keep the promises we have made and open negotiations with Turkey. We cannot propose anything other than full membership to Turkey, taking into account that has happened prior to the opening of negotiations. These negotiations will be lengthy, maybe even taking fifteen years, after which the European Union and Turkey will have evolved. It’s only once the negotiations are completed that each side will be able to make a decision, partly based on the Union’s capacity to welcome another member and partly based on how willing Turkey is to join the EU.

Which measures can be taken to fight against this Europe-wide crisis? Who should be leading the revival?

Europe should put to one side its fears and look to the future with hope. It is vital that Europe has a dignified place in the world. For this reason, the Lisbon Strategy [EU development plan] ought to be rethought and its objectives set to match the challenges of globalisation. One of the weaknesses of the current situation is the absence of a motor for European construction. I believe that the Franco-German motor is still important for Europe’s future but it is no longer enough. What is more, I am certain of the fact that the new countries, together with the old ones, can bring many things to the Union.

I think we should leave scepticism to one side and have more faith in the EUs driving forces. However, I don’t think that it is exactly Eurosceptic to criticise the EU of being detached from the daily interests of the citizens. We need to work on responding positively to this by proposing a daring European policy which focuses on making the European economy more dynamic to fight against unemployment and to focus on education and research. I don’t think that these are tasks which should be the responsibility of just national governments. We need coordination between national government policies and courageous European ones.

How can we bring citizens and the institutions together?

For me, this gap between the citizens and their institutions is the biggest danger threatening Europe at the moment. We have to find a way to overcome it. But it is not with decisions coming from the European institutions that we will succeed in doing so. Now it is time to directly address the citizens, and not by going through MEPs and intellectuals. Europe needs a big public debate on its future.