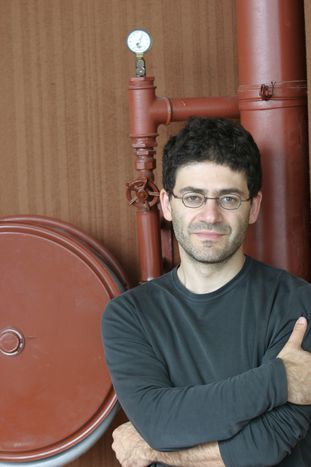 Wajdi Mouawad and the theatre: ‘I don’t feel as if I belong to this world’

'Strangely, this does not make me unhappy’, he says the Quebec-Lebanese author, 40. At the 2009 Avignon Festival, he presented Cielos, adding another work to his trilogy on wars, exile and the state of the world.

He has just celebrated his 40th birthday and he never stops moving; he is unsure which country he belongs to and with which type of art he most identifies. His recent experience as associate artist at the 63rd Avignon festival last July was a revelation in new ideas, but also made him face up to a paradox in his relationship to the world of theatre. ‘I don’t feel as if I belong to the world of theatre. I thought I did, but I discovered that maybe I don’t belong at all to this world. Strangely, this does not make me unhappy. It has something to do with exile, rather like how I feel about Lebanon. I belong to that country, but I cannot say that I am Lebanese,’ Wajdi Mouawad explains over the phone on the last day of the festival, and shortly before he is to out to meet the public following the last showing of Cielos, the climax to his saga about exile and war.

'It has something to do with exile'

Mouawad was born in Lebanon in 1968, but had to leave for Paris along with his parents and elder brother at the beginning of the civil war, when he was only ten years old. He had just begun to adapt to the new country and language when, at the age of fifteen, he had to emigrate again with his family to Quebec because the French authorities would not renew their residence visas. It was in Montreal that Wajdi was able to start putting down roots, obtaining a diploma in theatrical arts. He began to write plays, poetry and novels at the beginning of the 1990s. His writings have often detailed the trajectory of his exile in the form of stories, tales and images, which he transfers to the theatre, bringing the private into the public sphere.

‘In moments like these, the great showmen are the directors. I felt better being an author in a festival for directors. For example, I don’t think I heard anyone talking about the text. I write very text-based plays. There was a lot of talk about the form, of what it was about and how the story was told, but very little about the writing. It’s strange for me because what interests me most is the writing, the poetry of language,’ he reflects after three weeks immersed in the Provencal city, where he was greeted with great applause and massive attendance by the public. 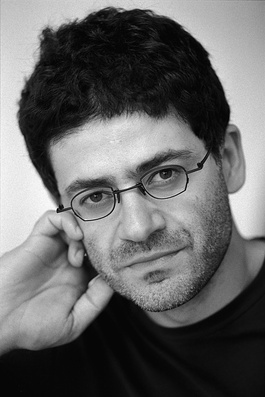 An important part of this public is the young people who are attracted by Mouawad’s magical way of telling stories. This is a contrast to previous associate artists in Avignon, who have tended to favour a cross-sectional reading of theatre, in which the text is regarded as unreliable and other arts were introduced into the show. Mouawad does not forget music, or the choreography between the actors, or strong expressive moments. Rather, he refuses to abandon the story, which is vital in retaining the spectator’s attention in order to create the sense of connection in the play.

The great test of this was the first dawn in the Papal Palace’s Courtyard of Honour, where after twelve continuous hours with breaks sitting and watching the plays Tideline (2000), Scorched (2003) and Forests (2006) (Littoral, Incendiesand Forêts - ed.)  the public gave a standing ovation to the whole troupe. It was seven o’clock in the morning and the dark brown blankets that the people had wrapped themselves in were evocative of the sacred liturgy of Avignon seven centuries before.

The trilogy, which companies have already adapted into Spanish, English, German, Italian and Polish, is known under the collective title of The Blood of Promises and will be shown for the rest of 2009 as well as in 2010 and 2011 in other cities in the world, starting in the autumn in France with Nantes, Lyon and Toulouse. The critics’ responses, on this occasion, were also favourable. ‘In any case, I noticed a sort of separation between the public’s comments and those of the professional theatre critics,' Mouawad says 'I don’t really know what to think of them but I respect them very much.’ Is he referring to journalists’ reactions? ‘Yes, and also to the general public. All these people are very intelligent, but they don’t respond to the show in the same way.’

Indeed, Cielos was not very well reviewed in the press. ‘The reviews I read referred to things I don’t know anything about, like references to television programmes, but I don’t have a television at home. There were references to books I haven’t read. It’s interesting when you remember that some of these critics were quite negative. It’s fascinating’.

From Greek classics to Trainspotting

Cielos will be showing on both sides of the Atlantic. Between March and April 2010 it will be at the Odéon in Paris for a month. Mouawad is the artistic director of the French theatre at the national arts centre in Ottawa and he is also a consultant for the André Malraux space in Chambéry in the French alps. His company will be dividing up into two different companies, to be named Abé Carré Cé Carré for Quebec and Au Carré de l’Hypoténuse for Europe, although during the current trip he will use actors from both continents. Among them is the extraordinary Emmanuel Schwartz, with whom he created the two companies and who is capable of changing register with astonishing ease. It's just as well; Mouawad’s companies are so versatile that they are able to act out anything, from the Greek classics to Trainspotting.