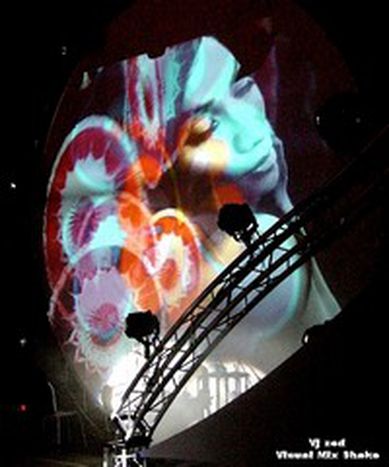 VJ-ing is a new fast-spreading discipline, which consists of mixing images and sound live

Ten years ago hardly anybody knew about this new art form. Born into the techno scene of the 1990s, ‘VJ-ing’ (video-jockeying) expanded quickly, however, taking over in new nightclubs especially. Its original trait is that it gives the same importance to esthetic as to acoustic aspects.

Made popular by the American music channel MTV, ‘VJ-ing’ originally referred to the what the presenters of video clips did. The term has evolved and now stands for creators of visual animations. Anchored in the current climate, VJ-ing prospers at the rate of technological advances. Today it is experiencing increased success by opening itself up to numerous styles of music: jazz, rock, even classical.

VJ Tintin and VJ Templar, both from Marseille, work together on events with the Lyon-based Mediatone. In the course of an evening they pay tribute to great departed artists, ranging from Kurt Cobain to Serge Gainsbourg. 'The aim is to mix the artists’ clips with video images and to present a live piece of our own making. A ‘fusion’ is thus produced on screen which increases the scope of the tribute,' explains VJ Templar. 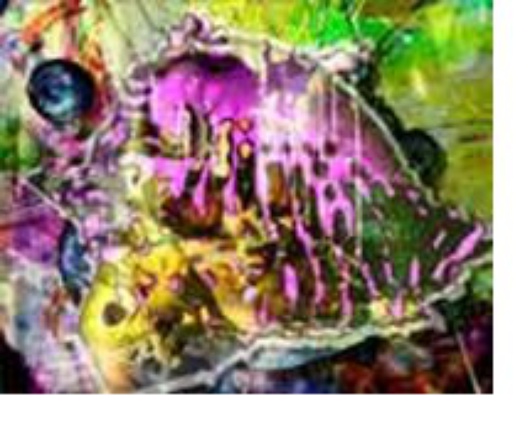 Stiouf Allright, 38 and The Collagiste (literally refering to somebody who doas arts and crafts), a VJ from Toulouse, get their ideas from their artistic environment and from their own lives. 'Human movement in 3D and science fiction cinema are my main sources of inspiration,' says The Collagiste.

As creators of a visual experience, VJs have to be versatile – to be artists as well as technicians. It is up to them to put together the video mix via loops, sampling, animation, creating stills and manipulating camera. 'The VJ is a technical artist, who creates a visual experience like an ephemeral video painting on a giant screen,' explains The Collagiste. For Stiouf, a VJ 'doesn’t need words to express himself, but he’s gossipy in terms of images.' A nomadic artist, Stiouf works in South America and in Asia, particularly in Thailand. In France he concentrates on street art, i.e. making projections of his work from the rooftops of Paris, on the quays or in abandoned areas.

The pioneers of VJ-ing used to work with diapositive projectors, whose installation was often a feat in itself. This practice still exists and permits the creation of the kind of formats that it is impossible to achieve with modern video projectors. Thanks to the cassette recorder, artists were able to recreate mini editing studios in real time. But the first VJs really surfaced with the advent of the PC and the internet. Today video-tinkerers use virtual editing or mixing tables. With this mass use of computers, large virutal communities have materialised, offering new thoughts on the VJ scene and its future.

But The Collagiste deplores the lack of publicity that this art still suffers from, particularly in France. 'Given the lack of recognition of VJ-ing, it is very difficult to make a name for yourself on stage and to get a suitable stamp.' To remedy this, VJ Tintin and VJ Templar founded Vizu Hell, an association that promotes emerging artists and means to group them round a specific artistic line-up. Stiouf rarely gets involved in festivals and sometimes laments the commercial character of VJ-ing. He continues to see MySpace as an excellent promotional platform.

Stiouf shares The Collagiste's opinion: 'the French are very good, but they’re not objective enough about their work. They are concentrated on the cult of the self and not on the atmosphere. Thus, the fear of having your work stolen is exaggerated into egocentric paranoia.' This, of course, thwarts artistic creation.