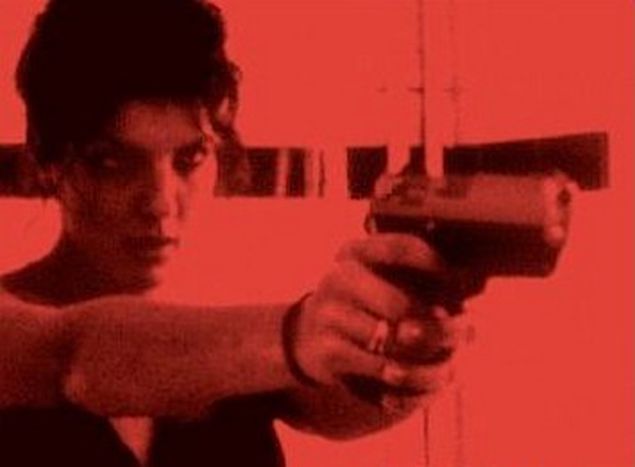 With their French and Spanish novels, Despentes, 39, and Etxebarría, 42, override the superficiality of cultural critics and the need to write about the female body

How do you attempt to express the relationship between a woman and her body in your novels?

'I see a woman's body like a man's' - Despentes

Despentes: Before I write a novel, I don't ask myself ‘how am I going to express the relationship between the woman and her body.’ The relationship with her professional life, money, authority, adulthood perhaps ... but with her body? If I think about it now, I see a woman's body like a man's; as a tool that can help to produce wealth, and as something that is so subjected to authority that it is hard, or near impossible, to separate them (prison, psychiatric hospital, fashion, seductions, the different forms of work).

Etxebarría: I think that modern women are so dissociated from their own bodies, that they see them as something strange, that needs disciplining, to be kept at bay. We cannot let those bodies get fat, get cellulitis or wrinkles. We have to control what we eat, how much we sleep or how much we run. We have to exercise constantly. It is a body for the other, not for ourselves. I think we have to reconcile ourselves with our bodies and learn to love them exactly as they are. The Christian disassociation between body and soul doesn´t exist. The soul is the body.

How is your work received by society and the media? What does this tell you about the state of mind of France?

Despentes: If I compare the French media's reaction to my books to those of novel writers who receive less media attention, I can't complain. Yet I feel that my books are always read as women's books. I'm certain that the reviews would be a little different if I signed them ‘Robert Despentes’. Everything that broaches politics and society's vision of politics is automatically patronised if the author is a woman.

On French literary reviews generally I would say that they are bland, incapable of giving an interesting or relevant point of view. When I read a novel by Houellebecq, Didion, Nothomb, Lolita Pille or Easton Ellis, having read some of the reviews I'm always incredibly surprised by how what I read in the press seems to be to be totally unrelated to the novel, the work of the author or their subject material. The sorry state of literary reviews could be an interesting indicator to the state of mind of France, but in reality, it's just pathetic. I don't believe that novels published in France aren't interesting and say nothing about the time in which they are written, but literary review lost the thread a long time ago.

Etxebarría: My latest book ‘Lo que los hombres no saben’ (‘What Men Don´t Know’) has worked spectacularly well in sells, but it almost didn’t make any splashes in the media, because when it came out to be sell the print run was very small and got no publicity.

Why does a whole generation of young authors today feel the need to portray the woman's body and her sexuality so explicitly?

Despentes: Colette, Violette Leduc, Miller, Bukowski, Dustan, Anaïs Nin, Daniel Defoe… I wouldn't say that it is only womens' sexuality that interests novel writers; the mans body and his sexuality also interests them considerably. I would disagree even more that it is a recent phenomenon.

'Female sexuality has always been discussed through male eyes' - Etxebarría

Etxebarría: Because during centuries women were not allowed to write about this, so it is a new topic, full of possibilities to be discovered. Almost everything has been already written about the masculine heterosexual sexuality. We have already read Apollinaire, Bokowski, Miller... And even the masculine gays had written and published more. Women in general didn´t have access to reading and writing until the twentieth century, and only in some parts of the world - nowadays a big part of the feminine population is still illiterate. That´s why there is such an urgency to tell what has not been told, since female sexuality has always been discussed through male eyes - seeing us as an object, and not as a subject. 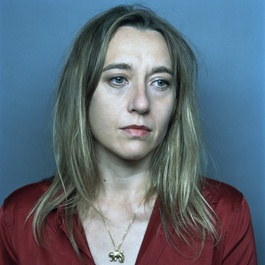 Virginie Despentes, 39, is one of the most transgressive writers in France. The ex-prostitute and occasional peep-show worker from Nancy affirms that the media exposure she experiences as a writer is more traumatic than prostitution. Her most famous book ‘Baise-moi’ (‘Fuck Me’) stands out in her bibliography. It has been adapted to the cinema screens and censored, landing her a big success. In her other novels the protagonists take roles traditionally reserved for men. 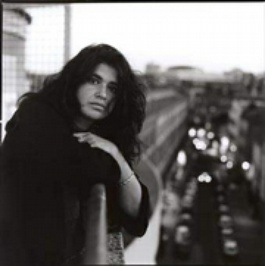 Lucía Etxebarría, 42, became a mother at 41. She still goes for the feminist ideals in her books. Talkative and polemic, the Spanish writer from Valencia hit fame in 1997 with her book ‘Amor, curiosidad, prozac y dudas’ (‘Love, Curiosity, Prozac and Doubt’, 1997), which was adapted to cinema in 2001 and is considered as a key work of the ‘Generation X’ in Spain, despite a couple of acusations of plagiarism. In 1998 she won the Nadal Award (the oldest literary award in Spain) with her book ‘Beatriz y los cuerpos celestes’ (‘Beatriz and Celestial Bodies’, 2006). She has also written poetry, scripts, essays and journalistic works. Read our 'Brunch with' Lucía here