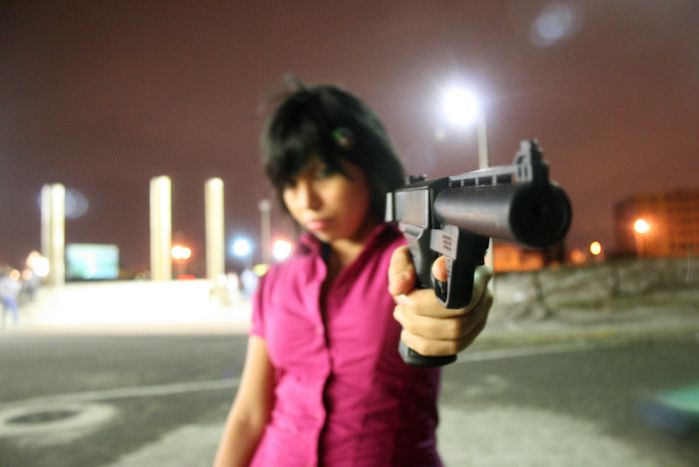 Violence in Mexico: the risks of expat life abroad

Reports in the media of the violent death of French student Esteban Jimenez Arcos in Mexico on 6 April, raised the question of the safety of foreign students abroad. The backlash of this incident has shaken the Mexican university exchange programme

On the night of 5 April, Esteban Jimenez Arcos went with his friends and boyfriend to a bar in Gomez Palacio, around 1000 kilometres from Mexico City.  At approximately 4 am, he went into the toilets where two individuals followed him and attempted to rob him. A few minutes later, his body was found. He had been shot in the head. According to the Durango public prosecutors office he had been cut down while attempting to flee from his attackers. In this region, which is infamous for its violence, targets of attacks are usually Mexicans with some level of connection to the drug trade. Incidents involving foreigners are rarer, so the authorities decided that Esteban had been the victim of a robbery gone wrong.

This incident goes beyond the tragic death of a French student and prompts greater questions. Are international exchange programmes viable in a country scarred by the violence linked to drug battles? In a place where drug cartels fight amongst themselves and against the government?

The importance of such programmes should not be underestimated, particularly for a country hoping to become one of the leaders of Latin American education. Much like Qatar or Brazil, Mexico invests heavily in education and thus attracts foreign students. By educating the future global elite Mexico aims to ensure its place in the ranks of the global hierarchy of tomorrow.

The French represent the largest foreign student community in the country with 420 partner universities sending 1, 500 students every year. One of the pioneers of university exchanges is the Monterrey institute of technology and higher education (ITESM).  The French and Mexican press wrongly reported that Esteban was a part of the ITESM exchange programme. In fact, he had graduated from the university of Cergy-Pontoise the previous year and had travelled to Mexico for an internship. With 33 campuses in Mexico and a further 18 across Latin America, ITESM´s concern for its international reputation is easy to understand, yet its resounding silence concerning Esteban’s death is less comprehensible. Why keep information under wraps that could absolve them of all responsibility? Quite simply because the Mexican policy on violence can be summed up in one word: omertà.

The canker that is violence

There have recently been some occasions where violence has affected foreigners. Since the beginning of 2013, a Belgian tourist was killed and six Spanish tourists were raped in Acapulco. Should Mexico be included on the list of destinations to avoid?

Mexico is a country divided into two; the dangerous areas are concentrated in the north and in the state of Guerrero, in which Acapulco is located. Moreover, travel in these areas is classified by the French ministry of foreign affairs as ’dangerous’ and ’inadvisable’. In contrast, the rest of the country is largely peaceful, at least by the standards of Latin American countries. However, the disastrous record of former president Felipe Calderon’s mandate (2006 - 2012), stands at 70, 000 deaths and more than 26, 000 missing persons. For the time being the new president Peña Nieto has failed to tackle these problems successfully.

It must be questioned whether Mexico’s premier private university opted for the best solution in sitting back and saying nothing. Mexico has too often been the victim of a violent reputation and today the country fights for its image. Rather than highlighting its improvements, however, Mexico tries to hide its faults.   Incidents like Esteban’s death serve to reinforce the stereotypes that are already at the forefront of western minds, and the power of taboo paralyses Mexican communication about an exchange programme, which remains today a great opportunity for many European students.