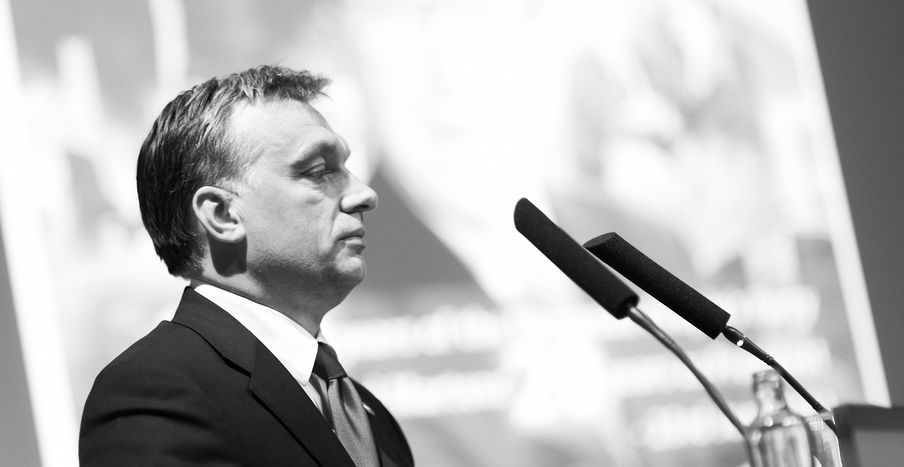 All the parts involved in the migration game are losing, so it seems. Isn't it?

So that's it. From midnight on the 17th of October the Hungarian border with Croatia has been closed, after having completed, on Thursday 15th, the construction of the second iron fence along the southern border. The same has happened in September, when a razor-wire fence had been built to prevent refugees from travelling through Serbia and Hungary to reach Germany or other richer northern European countries. Only two official border crossing points have been established, according to the Hungarian government, and they will be only for migrants. Considering the fact that approximately 5,000 to 8,000 migrants cross the Croatian-Hungarian border every day, it's absolutely evident how it corresponds to an almost complete border closure, specifically considering these people. Migrants will now have to walk to Slovenia or be stuck in Croatia. Needless to say, it creates even more difficulties for the Croatian government, which is struggling to find a solution to cope with the situation before the weather turns cold. 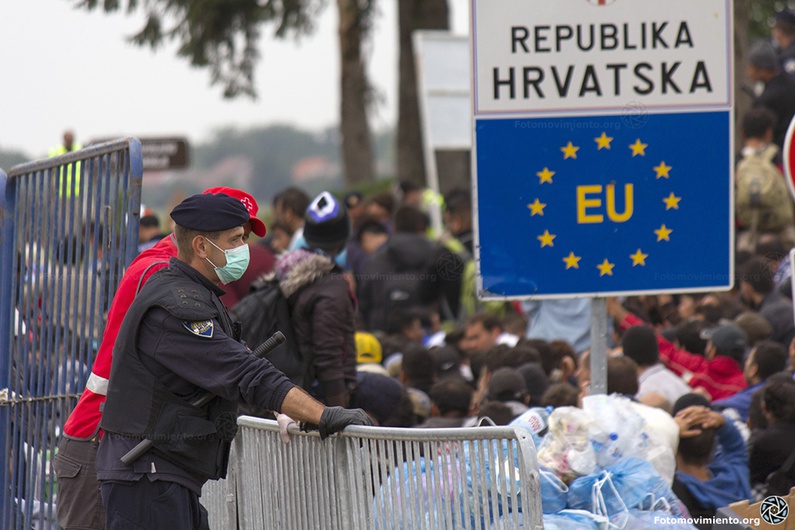 The migration issue has been existing for months. For years people escaped from the Syrian civil war, as well as from other wars, famines and brutal regimes .

The “crisis” however, started just over one and a half month ago, more precisely when Angela Merkel, German chancellor, announced that Germany would accept all the asylum requests applied by people escaping from Syria (except reneging on everything few days later, and confirming the Schengen rules, which statue that every refugee has to apply for asylum in the first country of the Schengen area he meets on his route).

In the same days, the Hungarian government decided to close Keleti pályaudvar, the main rail station of Budapest from where the trains to Austria usually depart, to all those who were unable to show a valid document that allow them to be in the country at that moment, like a visa.

Tricky story, because the thousands of migrants who walked on foot for hundreds of kilometers through several borders did, of course, not have those valid documents. The result has been thousands of people stuck in front of the railway station for days in horrifying conditions, which resulted in the risk of jeopardizing the most basic concepts of human rights and dignity. 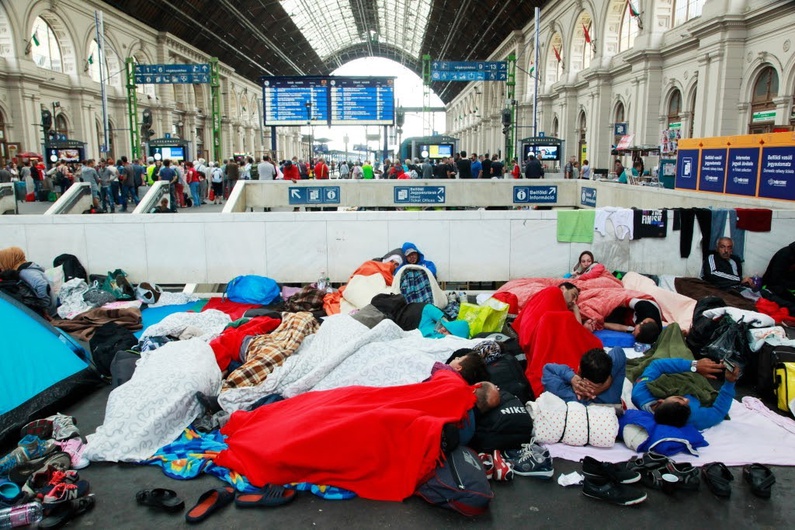 From this moment on the issue got worse and worse, provoking a real geopolitical earthquake. The situation is tremendously similar to the falling of domino tiles resting until now in an extraordinarily precarious equilibrium. More and more refugees started to arrive at the Hungarian border and the Sicilian coasts. This surely also happened for the Syrian conflict escalation. Nevertheless, it is also reasonable to think that the sudden sternness of the Hungarian government about the immigration issue, together with the extemporized “open doors" policy of Angela Merkel and the perspective of a possible future complete closure of the border, has pushed thousands of departures. In “now or never” mode.

Needless to say, this is an unpleasant situation that nobody wished for, neither in Brussels or in the chancelleries all around Europe. Or is it?

It comes to think that there is a man for whom the actual situation is not really so bad.

It is the moment for a name and a surname: Viktor Orbán, the current prime minister of Hungary.

Mr. Orbán has made the management of the migrants a priority of his government since the beginning, focusing mainly on border defense.

The Magyar prime minister continues to repeat that “Hungarians are full of fear”, and other speeches like “We do not want more Muslim in our country”, radicalizing and reducing one of the biggest migration waves of the recent history to a mere cultural and religious matter.

As said, the animosity of Mr. Orbán about this issue is not recent; several moves have been done before , plus the actual pressure in Brussels, mostly operated by his young and loyal Foreign Minister, Péter Szijjártó. He declared this week that the European Union “has failed to reach an agreement on a force to protect the border of the southern Europe countries”, probably meaning, between the lines, that Hungary was forced into “protecting” Europe. Underlining every time he has the occasion to speak in front of a microphone that these persons are “economic migrants”, and not refugees escaping from war. And this would implicitly allow Hungary to reject them, no matter what. 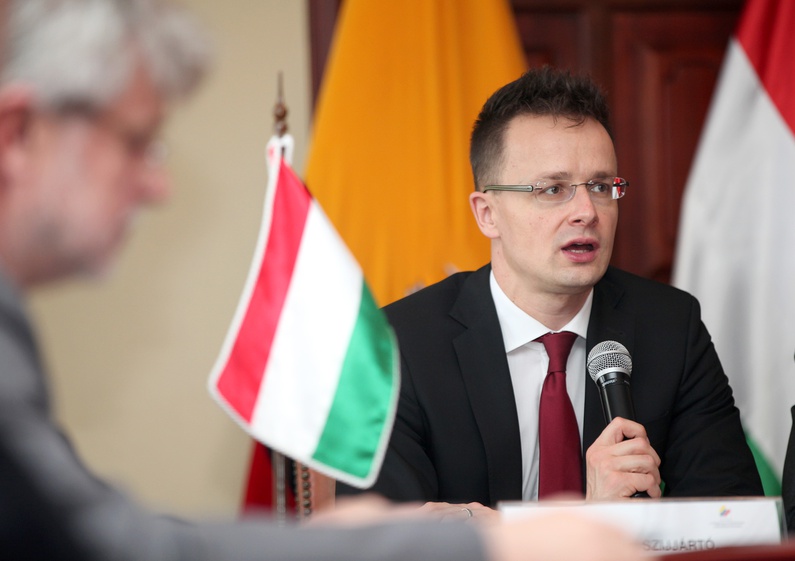 In the list of the concrete actions taken by Mr. Orbán's government, it is essential to remember the “National Consultation about Immigration and Terrorism”, a kind of survey sent to every Hungarian citizen where they were invited to answer 12 questions, of which none was formulated to present the refugee figure in a positive way. Also the title of the consultation was deceptive, through subconsciously associating migration with terrorism.

A next step was the installation of signs and advertisements all across the country, with messages like “If you come to Hungary you cannot take away Hungarians”. There was just one problem: everything was written in Hungarian. That is not famous to be the most studied foreign language in the countries where this people are coming from. It was clearly a message from the government to the same Hungarians, to encourage a climate of fear and, at the same time, to declare a “Don’t panic, we are here to protect you, we are doing something”, between the lines.

Then it has been the time for the razor-wire fence 4 meters high built along the Serbian border. A project considered “useless” and “expensive” by the Hungarians, but not wrong as a concept in itself. This can be regarded as a signal that the government’s message has worked. 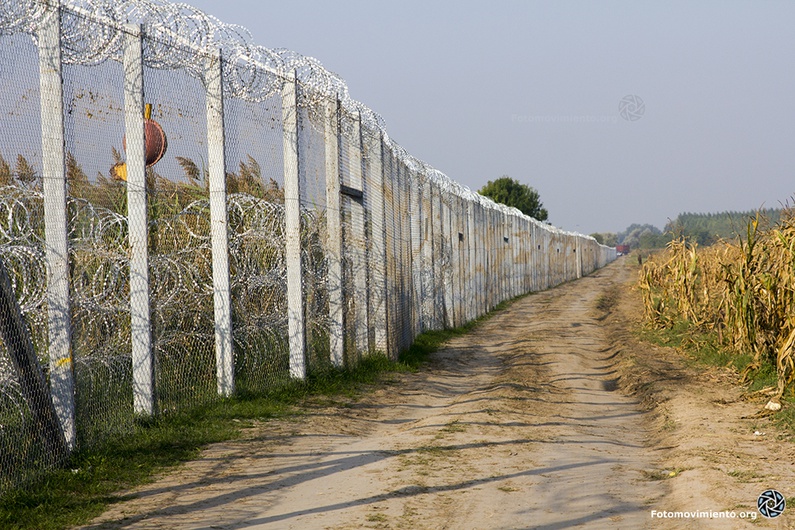 And now, last but not least, the new iron fence constructed on the Croatian border.

The main fears of Budapest are basically twofold, repeated many times in several speeches flavored with roaring populist and nationalist statements. The first one is that these huge flows of people coming from a different “world” could become a threat for the Hungarian and European culture and values.

The second fear is related to a security problem. And it is definitely not a great mystery what the prime minister thinks about it: immigrants can be terrorists. Or there could be some among them, at least.

It has to be noted that this crisis arrived at the best moment for the government of Mr. Orbán. The days of the large consensus in the country and the unbelievable majority in the unicameral Hungarian Parliament of 2012 are over. The economic growth slowed down, the insurance sector is close to failure, the wrong costs estimates for the Budapest Metro 3 coaches replacement, and the far-right party Jobbik has taken many of the historical strongholds of the prime minister’s party, Fidesz, in the local elections of 2014. And if that all was not enough, Fidesz is also tangled in several scandals, some of them concerning also the prime minister’s “magic circle” and his godson, involved in the investigation of a company he owned before. 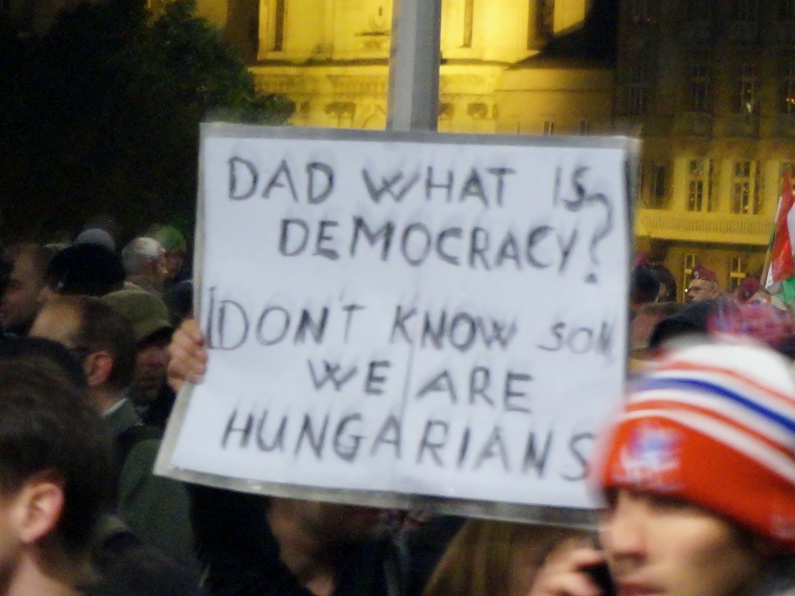 Under this light, now it's definitely simpler to see how the migration issue is going to be instrumentally useful for this government. In fact it extraordinarily helps to overshadow the real economic problems coming from inside the country, as well as scandals and inefficiencies, but also the efforts in regaining the consensus previously lost in favor of Jobbik. As a matter of fact the government and prime minister’s popularity took back several percentage points in September.

It is interesting to read these facts in a foreign relations framework. In fact, the current migration crisis allows Budapest to be the head of a movement of East Europe countries (the so called “Visegrad group”). A group which sees the migrants issue in a way that is completely different from the Western European and Brussels point of view.

This contraposition feeds a growing feeling of “not being understood” by the European Institutions. It also underlines the inability of these institutions to effectively solve the particular problems and to observe the particular situation in each different member state. Moreover, it risks to further radicalize the issue, generating an already existing center-periphery conflict with unpredictable consequences.

So is it really just propaganda and politics? Maybe not exclusively, but for the most part it is. Politically, everything is definitely going better for Mr. Orbán than he could have ever imagined. He regained consensus, his voters support him, he actually became the head of a movement of countries which are against the “autocratic” and “bad” European Union, gaining also the “international weight”, so long craved by this government and certain Hungarian nationalist rethoric. And all of this taking only minor setbacks from Brussels, in the form of ineffective letters.

Ferenc Gyurcsány, prime minister of Hungary from 2004 to 2009 and current leader of one of the opposition parties in the Hungarian Parliament, defines Viktor Orbán as the “man of war”.

Viktor the winner, so it seems. For now, at least. But against whom is this war?