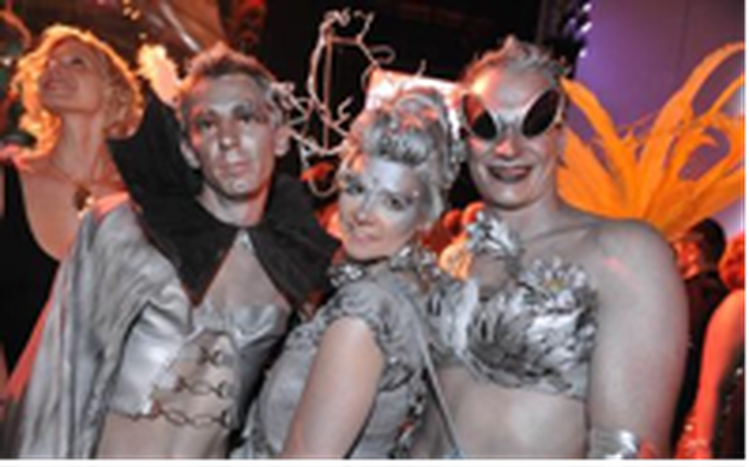 By Perrine Recours Translation: Alexandra Skwara Who hasn´t heard tell of those famous balls where one can find Vienna´s high society? The Opera Ball, the Rudolfina Redoute, the Emperor´s Ball - there is a wide choice of where you can waltz on “the blue Danube”.

Nevertheless, one facet of Vienna which remains unknown is the alternative balls, which, through their eccentricity, thumb their nose at tradition.

According to legend, the first Viennese balls took place in the 18th century following a decree from the Empress Maria Theresia forbidding people to wear masks in the streets of the capital, even during the Fasching (Carnival) period. Thus, the population ceased to parade through the streets in costume and began to organise balls in closed locations in order to celebrate Carnival.

The tradition has continued up to the present day, where the balls are a true social phenomenon and remain very popular among all social milieus and all ages. In total, there are over 300 balls a year, among which some are themed (candy ball, flower ball) while others centre on an association (the fire fighters’ ball, the ball of economics students). The majority of these balls are prestigious and have a strict and formal dress code: a long gown for the ladies and a tuxedo and bow tie for the gentlemen.

Yet Vienna is not only the city of elegant and imperial balls. The city equally welcomes alternative balls where population groups excluded from the traditional balls, such as refugees, the homeless and transgender, rub shoulders. The Flüchtlingsball (Refugees´ Ball) and the Life Ball are two of these “anti-balls”, with strongly differing concepts but which share a calling of solidarity and the same location: Vienna´s City Hall. 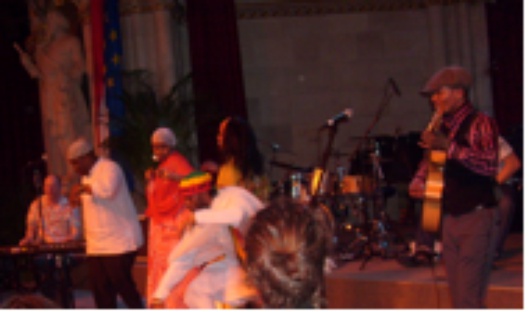 Colourful and Multiethnic Vienna: the Flüchtlingsball

Organised by the Integrationshaus, a centre to welcome and integrate asylum seekers, the Flüchtlingsball (Refugees´ Ball) is one of the hippest events in the capital. The 15th Flüchtlingsball took place on February 21st 2009, and the tickets sold like hot cakes.

On this occasion one could encounter political personalities (like the President of the Parliament Barbara Prammer), students, intellectuals, immigrants, etc. All the proceeds of this ball go to projects to integrate refugees. The dress code is relatively simple; those dressed in “Sissi”-style gowns rub shoulders with people sporting traditional African or Punk styles.

The music is representative of the ball, diverse, multicultural and rousing, all performed by over twenty artists onstage in more than five rooms. A few waltzes are heard among the concerts, but also traditional African music, gypsy rhythms, electronica, etc. For example, those present included the Serbian gypsy group KAL and singers Vusa Mkhaya (originally from Zimbabwe) and Tshila (originally from Uganda). 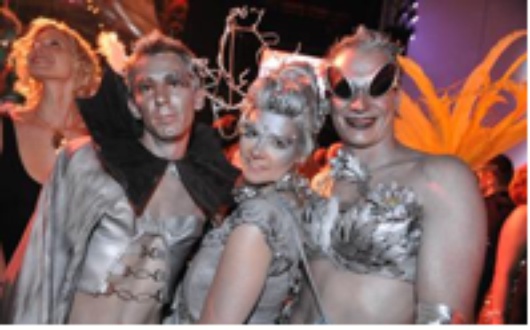 Founded by Gary Keszler in 1993, the ball is a spectacle which unites a large range of celebrities and combines fashion shows, concerts and other events. For example, attendees of the Life Ball have included Elton John, Sharon Stone, Linda Evangelista, Kylie Minogue, Cindy Lauper etc. The dress code is very strict: the Life Ball style police examine one´s outfit at the entrance to the Town Hall! Two kinds of tickets are available, and the price varies according to the clothes worn. Therefore, to get a cheaper ticket (€75) one has to arrive dressed according to the theme of the year and in the most extravagant way possible. The ticket price for those who wish to arrive in “chic” outfits is doubled to €150.

The Life Ball is one of the most popular in Vienna. The demand for tickets is such that they can only be obtained through a sort of lottery. In 2008, the theme of the ball was “interstellar space”, with numerous people disguised as extraterrestrials, with silver hair and in many cases, exposed bottoms. The theme of the 17th annual Life Ball, on May 16th 2009, opened a four-year cycle which revolves around the four elements: water, fire, air and earth; the 2009 theme was water. Thus, the many invited guests dove into the dance floor... at the risk of finding themselves on live TV, as the Life Ball is the second most widely covered by the media, after the Opera Ball.

Vienna is certainly a city full of surprises.