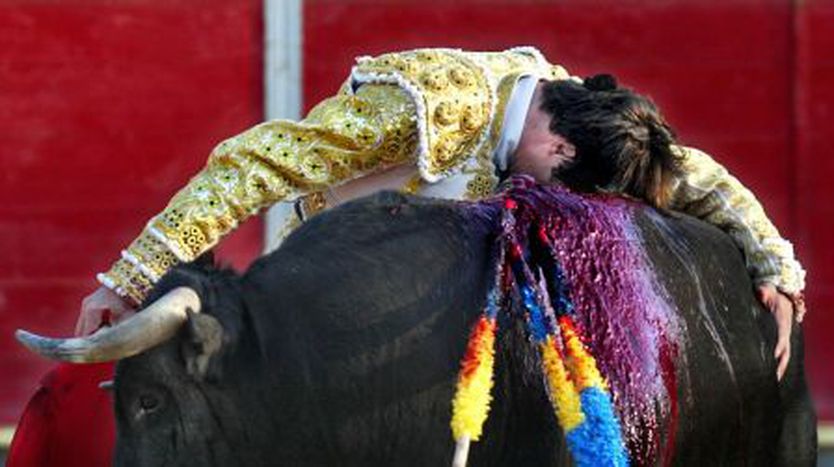 “Vampire”: A photographic view on bullfighting

Bullfighting provokes multiple feelings in the watcher, especially if it is your first time in the alley, as it happened to me with this image. Besides, the sensations keep changing at the same rhythm of your heartbeat. You feel everything but indifference.

I have friends in all the sides, and I doubt that, after years of debate, I can contribute something definite about this subject: the bull’s sacrifice on the sand of a bullring. This way I I spare myself several paragraphs with my opinion I named the picture “Vampire”. God knows why us the photographers have a need for naming our favourite gazes with a proper name, as if we were afraid of them not being suggestive enough by themselves. Images deeply etched in our childish minds because of terror films, based on fangs and bats. The smell of blood, imposible to suggest ( or maybe not) through visual language. The bullfighter-vampire, as a need of a victim and blood. Everything is very suggestive. We already know the end of the film.

Photo and comments by