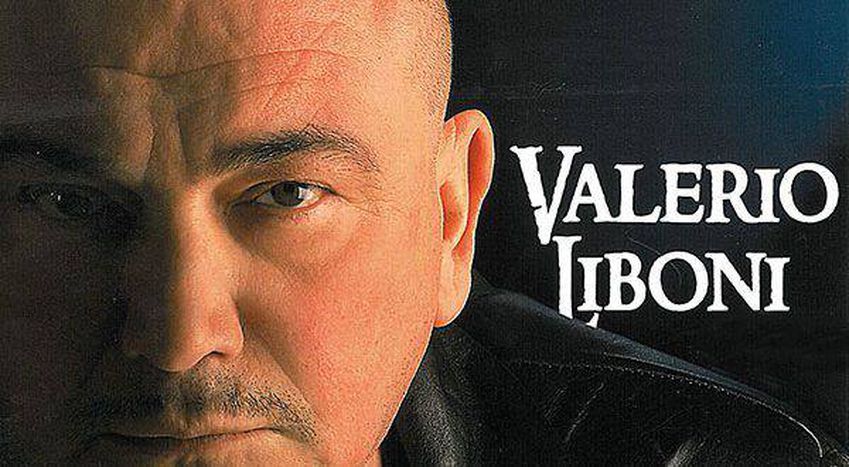 Valerio Liboni- When I was a child I dreamed this sweater

The 25th of May the Filadelfia stadium opens again. Th memorable stadium where the “Grande Torino” won six championships. Valerio Liboni sing and narrates the deeds of that mythical football team.

Valerio Liboni’s autobiographical story begins the 4th of May 1949, with the arrival in Paradiso of the Grande Torino team, moments after Superga’s tragedy. That day the novel’s author wasn’t born yet but with the imagination and the youthfulness of a child he retraced in his own way the tragic event.

Valerio Liboni sets down for a moment the drum sticks substituting them for a pen, describing the passion for the garnet-coloured football team. The novel recalls all the life spent in the Piedmontese county seat and around the world without excluding the years of his Barriera di Milano, one of the most popular Turin’s area located at the end of the motorway which links the Lombarde underground to that one of Turin. 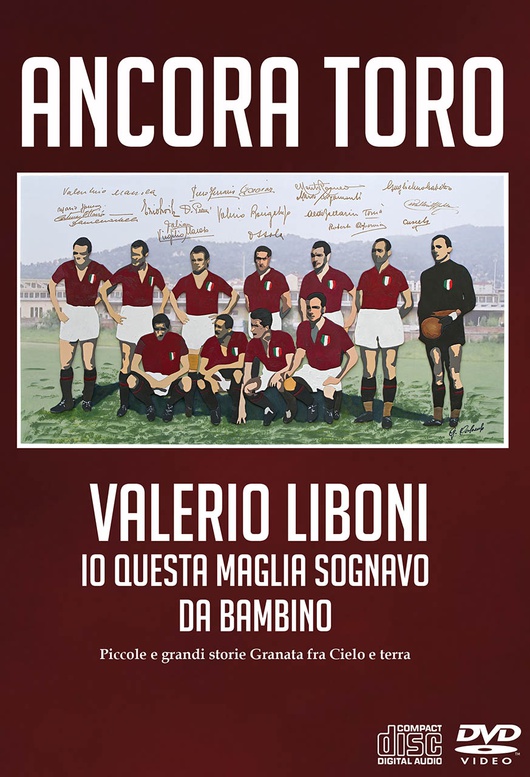 Through the story of his family and of the people met during his life, Valerio Liboni describes a world that doesn’t exist anymore, without sentimentality, being aware of the fact that he lived an amazing period. Artists and footballers cross their path with that of Valerio, starting with that Bacigalupo from whom he took his birth name.

What is the birth of this book which follows the previous “Crash!-Storie e curiosità dell’Italia della canzone a ritmo di musica, viaggi e amore? (“Crash!- Stories and curiosities on Italy of song to the rhythm of music, journeys and love”)

I got this idea when I was reading up for my own pleasure the history of Turin football team. In the book there’s a lot of my life,starting from that try out that I did on May 1963, to become Toro’s goalkeeper. Obviously the part where the Grande Torino is welcomed in Paradise after Superga air disaster, is the result of my imagination.

The sentence “When I was a child a dreamed this sweater” is taken from “Ancora Toro” the official team anthem which typhous define as the most beautiful. It was written with Silvano Borgatta in 1989 and sung, as you read in the book, by footballers and artists. “Ancora Toro” is the title of the slipcase which will contain the book, the DVD and the CD that I produced and that narrates Turin’s history throung its official anthems from 1938 to our days.

The story begins the 4th of April 1949 with a football match played by the Paradise’s junior athletes team. An audience composed of saints attended the match and Don Bosco was the coach. You’ve chosen  tale to introduce Grande Torino’s tragedy…

Being Turin’s goalkeeper was really my dream when I was a child but maybe I didn’t have the right qualities. I was very impressed by the facts happened to this team. So I thought it would have been appropriate introducing in this way their arrival in Paradise, creating a story which mixes up imagination and reality.

For a strange twist of fate I live right under Superga so I can always look at it at any time of the day.  For Torino’s typhous, young and old, that hill is like a shrine where you celebrate the myth of the team. I often go there and I bring also friends and artists. Every year on the 4th of May  on the occasion of the disaster’s anniversary, thousands of people renew the memory and the myth of the team. 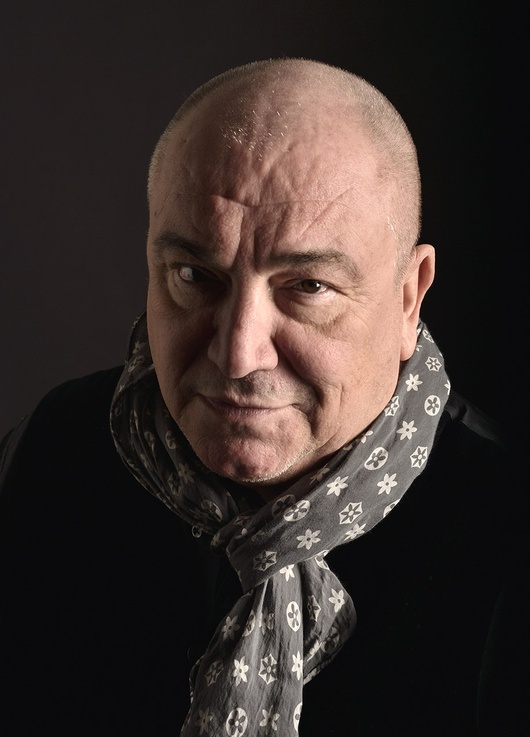 Is football lived as passion and life companion?

Both things. As time goes by passion attenuates but I’m typhous of Torino’s sweater  of what it symbolizes in my life. Players and  presidents can change over the years, but faith is always the same.

In the novel you talk about footballers and artists. Do you think that sport and show business have a strong connection?

Sport is show so all the artists have their favourite team that they live more or less intensely. Football is the most beautiful show of the world, it makes you feel the love, the suffering, the dream. What are they linked by? Spectacularity, the triumph of emotions.

With the band La strana società you had a huge success with the song “Popcorn”, the piece that became the theme song of the Domenica Sportiva. In the book you regret about being a lacking goalkeeper but satisfactions haven’t missed…

When I created “Popcorn” I didn’t know that it would have become Domenica sportiva’s theme song. The starnge band was a vocal and instrumental group and I was one of the first in Italy to use monophonic synthetizer. I didn’t think that “Popcorn” could have sold 12 millions of 45s copies alla round the world.

During the second half of the ‘70s there were Puliciclone, the goal poet, Ciccio Graziani and the Nuovi Angeli…

Another regret of my life has been not being present the only day when Torino won the championship  after Superga disaster. At that time I had a love and I intensely lived it in Venice. She was beautiful but I won’t reveal her name.

The year after the championship I met Paki Canzi who asked me to paly with the Nuovi Angeli for some events. I left the 28th of April 1977 and I didn’t come back home until January of the year after.

A curiosity: during September 1977 I watched Torino’s match in Catanzaro. There were Graziani and Pulici and I became a great friend of the latter. On that occasion the Toro lost 1-0. 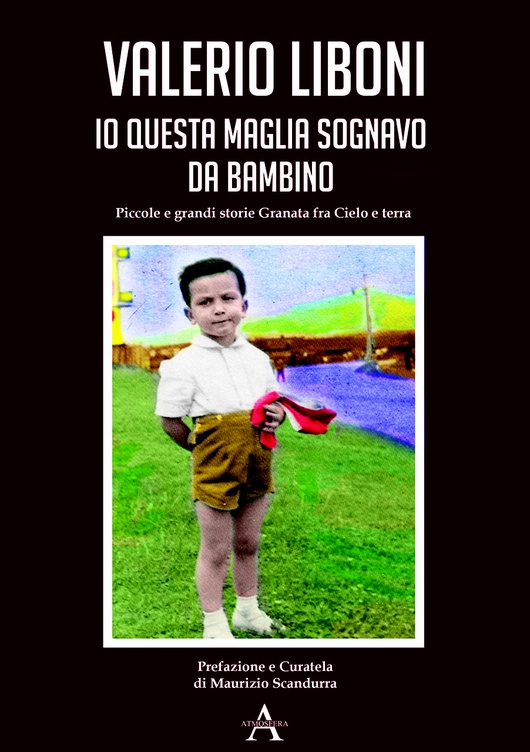 It is a movie that gave me an unforgettable memory. I’ve seen it like 10 times. I’m an hopeless dreamer and I believe that sooner or later dreams will come true. Among my dreams there’s that of  seeing the great Filadelfia stadium rebuilt.  By the way, in the DVD linked to the book and in the video of Ancora Toro, there’s the Nuovi Angeli band who plays football in the Filadelfia stadium when it hadn’t been destroyed yet. Nuovi Angeli played with the footballers of that time: Marcheggiani, Bresciani, Cravero and Policano.

Thanks to my job I could appreciate and live in beautiful cities as Rome and Venice. I’ve came back to Turin to get close to my mother but now that she’s gone I’m ready to go away again. In the book I write about “my” Barriera di Milano where my family moved from Ferrara after tha war and to work in a factory. I’ve wanted to remember how we were: poor but confident in our future.