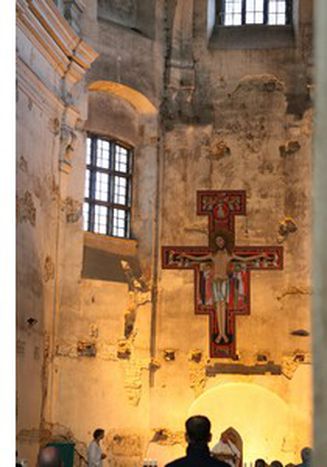 US in credit crisis

Economist Nicolas Véron on the origins of the current world economic crisis via the US housing market, Central European Bank-behaviour and the role of the media

In the last few weeks, U.S. stock markets were hit by concerns about a credit crunch stemming from its high-risk sub-prime mortgage sector, with spillover effects on various companies in Europe too. The sector offers too many loans to people with weak credit histories and lower incomes. After bankruptcy, layoffs, liquidity and credit problems, the US central bank invested considerable sums in emergency funding. Without thoroughly assessing the measures and consequences of the crisis, the European Central Bank (ECB) followed suit. In an unusual move, the ECB injected 211.3 billion euros the Eurozone money market between 9-14 August. The central banks of Switzerland, Japan and Canada to curb similar crashes in their own markets. Frenchman and chief development officer at Brussels-based think tank Bruegel Nicolas Véron talks to us

How do you explain the current economic 'crisis'? What are the links with US loans?

The starting point was a public realisation. Certain real-estate loans have been allowed in the United States at very favourable terms. It has been learnt that the probability of them being reimbursed was lower than previously believed. However, current markets are increasingly allowing the transferral of risks between different bodies. Thus, the institutions who manage the risks linked to the American housing market can be very different from those which are directly in contact with borrowers. The German bank IKB, for example, has suffered heavy losses on these, despite their direct involvement in the United States being minimal.

What do you think of the intervention of the Central European Bank, which has injected more than 150 million euros into banking markets in the last few days?

It is still a bit early to tell. The Central European Bank has considered it worthwhile to intervene considerably, on the basis of the information at their disposal. If it had not done it, the threat could have had even more serious consequences. Yet this will never be known with 100% accuracy.

But equally, this intervention includes risks insofar as it can increase what those in the finance world call 'moral chance'; the fact that the players in the market end up relying on public intervention as an almost certainty, which can lead to them taking more risks rather than rational decisions. The coming months will without doubt allow us to re-evaluate the intervention of the Central European Bank of 9 August.

What will the European symptoms of the American crisis be?

It is still too early to answer that. It is likely that the large procedure of re-buying the companies by investment funds, in which the financial debt is reaching very high levels, will become a little less frequent from the recent unstabilities. But it is still not certain that these problems are coming from a more difficult access to credit for the body of businesses, as certain people believe.

What measures can be taken to resolve the crisis from both sides of the Atlantic?

Leading bankers have more information than you or me to answer this question, and it is not certain that they themselves are really sure of their response! These market conditions are very complex. It is necessary to avoid the mistake of approaching them with simplified generalisations such as ‘rates must be lowered’ or ‘data agencies must be regulated’. In fact, it’s got to do with the delicate phenomena of the changing conditions of collective trust. Issues of trust are crucial here. As always, what works today perhaps won’t work tomorrow, and vice versa.

By characterising the crisis as an event which seems to have more and more in common with a crisis of confidence, and by fuelling this belief, do you think that the media could influence the course of events?

The media plays its role of supplying information. The more it provides comprehensive explanations at a faster rate, the more the risks of the crisis are limited. The freedom of the press is one of the essential conditions for the healthy functioning of the financial markets – in times of crisis as well as in normal periods. If, at this present time, voices in the media were to say that everything is going to get better, nobody would believe them, and the problems in the markets would still risk becoming even more serious.