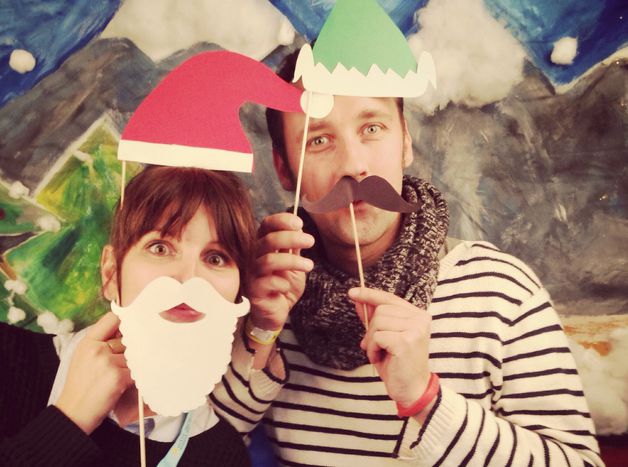 Writing a book about Germany without making a single reference to 'Hitler?' The French journalist Sebastian Vannier has done just that. A conversation about feelings of guilt and the view ahead.

Cafébabel: Les Allemands décomplexés is based on a number of interviews and reports. How did you choose the interviewees?

Sébastien Vannier: It was about who represented the diversity of German society. Take for example the investigative journalist Günter Wallraff. The interview with him is the first in the book and I think it is fitting: Wallraff has a very critical view of German society, but he is very fond of it too.  I found it just as interesting to interview Margot Käßmann, the former organisation head of the Evangelical Church. In France, people aren't used to a woman being the main representative of a religion. Besides, Protestantism is not so important there.

Cafébabel: What have you learned about the Germans from writing about them?

Sébastien Vannier:  More than anything, I have got to know different places in Germany. I was in Leipzig, Dortmund and Kiel - Germany has an incredible regional diversity! As a correspondent I mostly viewed political life in Berlin. I learned much about the Russian Germans, for example. I knew the term, but not the history surrounding it. The same with the lesbian lifestyle in Berlin: of course people know that Berlin has a lively gay culture. But I wanted to focus on lesbians, not gays.

"I tried to find new aspects" 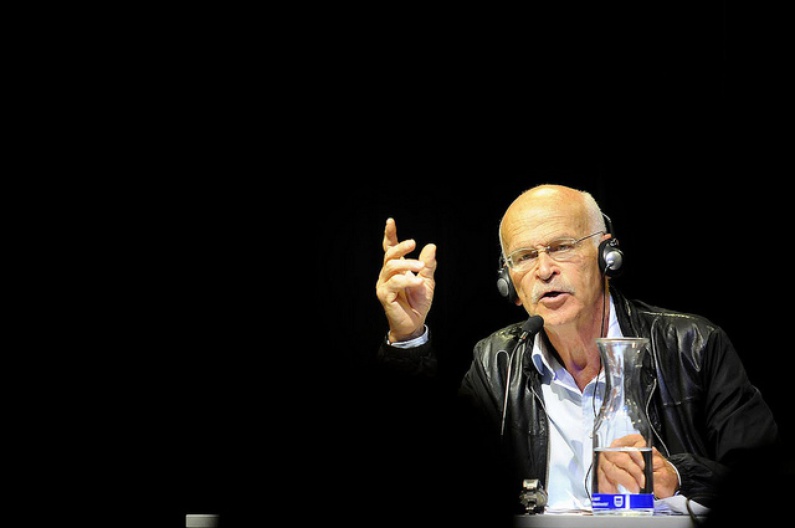 Cafébabel: So you tried to avoid cliches?

Sébastien Vannier: I kept asking myself: how can I surprise the reader? So the chapter on sport is not about football, as would be expected, but about handball. In French we speak of a contrepied.

Cafébabel: You do the opposite of what is expected of you.

Sébastien Vannier: Yes, that's a term from sport, a feint. I did that in the chapter on migration, for example: instead of writing about Turks, I wrote about the Germans from Russia. For the chapter on 'contemporary art' I went to Dortmund. I found it exciting, the idea of giving industrial buildings a cultural use.

Sébastien Vannier: Yes, exactly! Dortmund was even in a sense a double contrepied: when you travel there, you expect football. Definitely not culture! Well, I travelled there. Of course it's difficult to write anything new about Germany. But I tried to find aspects that are new - and speak volumes about German society.

Cafébabel: Can you give an example?

Sébastien Vannier: In France there was a huge discussion on the German economic model: le modèle économique allemand. But it's not all rosy in Germany, either. Thefore, in the book, I researched in both directions: in Eichstätt, in Baden-Württemberg, everything is going well, there is hardly any unemployment - on the other hand, that means that there is a shortage of skilled workers. Then I did another reportage on homeless people in Hamburg: there the situation for the homeless is getting more critical and more difficult by the day. It was important for me to let different people from different backgrounds have their say, instead of simply talking about my own experience as a Frenchman in Germany. I take a step back, so that the reader can form their own opinion.

Cafébabel: You've been living in Germany for ten years now, and you've spent eight of those years in Berlin. Are there still things about the Germans that surprise you?

Sébastien Vannier: My book is not called Les Allemands décomplexés for nothing.  I really think that German identity is changing. The term décomplexé is still spontaneously associated in France as well as in Germany with this feeling of guilt about the war. In my book however, the name "Hitler" never appears. That fits with the title: nowadays people can't write a book about Germany without constantly mentioning Hitler. What surprises me about the Germans is that they are still searching for their identity. National identity is of course a difficult topic in Germany. But recently I've experienced that younger generations have a more relaxed attitude to this subject. Of course, the young people have to know about what happened - but it is time to look towards the future, too. And this change you take abroad with you, as well. 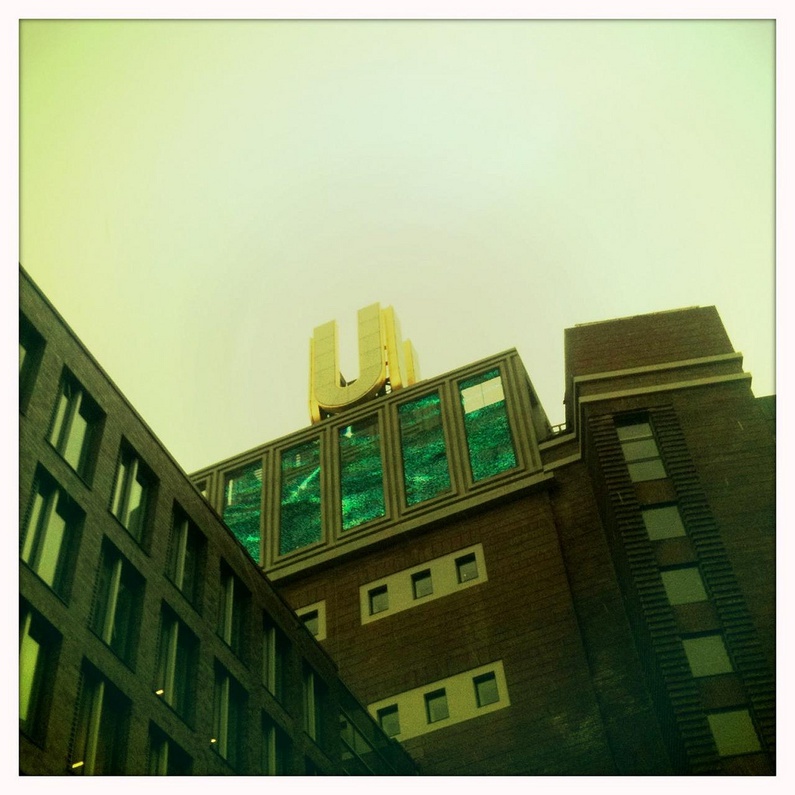 Cafébabel: How exactly has the Germans' sense of self-assurance changed?

Sébastien Vannier: For older generations the past still has much more weight. So the feelings of guilt have of course not disappeared yet. I remembered the title page of the B.Z. at the start of the year in memeory on occasion of the 70th anniversary of the Liberation of Auschwitz: there was a photo of Auschwitz and alongside that, the line "This is Germany." That astonished me. Of course it is extremely important to remember, but I wanted to show another side to Germany.

Cafébabel: Right now Germany is especially powerful. Much is talked about Germany's dominance in Europe.

Sébastien Vannier: It is clear that Germany does not want to lead the continent alone. That's where France plays an important role: Germany needs France!

Cafébabel: France and Germany have always been considered as a "tandem," as the European "motor." France isn't doing well from an economic perspective, many reforms have been delayed. What does that mean for the future of Franco-German relations?

Sébastien Vannier: France definitely is not leading the way in terms of the economy, but Germany is. France and Germany are situated on different levels. But in spite of this I think Germany still sees France as an important political and historical partner. Because of its history, Germany cannot, and does not want to appear as the sole ruler. Accordingly, Germany acts carefully -  Germans really care about how they are perceived abroad.

"Sometimes in Germany I miss the French sense of humour"

Cafébabel: How will  Franco-German relations continue?

Sébastien Vannier: Well, there are always going to be highs and lows. Germany and France need each other. Obviously right now we are in a situation where there is a disparity. But that could quickly change. That Germany has more power in the relation, is relatively new, that can't be forgotten. However there's simply no other country in Europe which Germany can cooperate with as well as with France.

Cafébabel: What do you miss most about France? 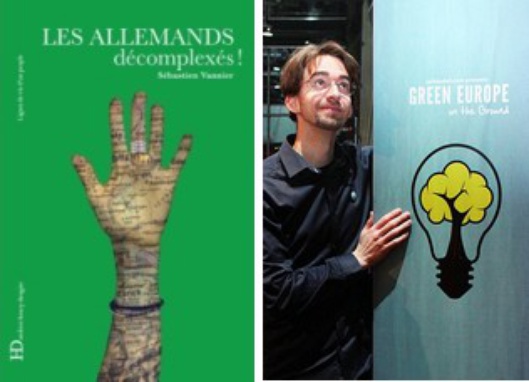 Baguettes and cheese, of course (laughs)! No, I'm going to avoid speaking in cliches. Apart from my family and friends, sometimes I miss the French sense of humour. I don't mean to say the Germans have no sense of humour - at my reportage on Poetry Slams there were many funny moments. But I grew up with the films of Alain Chabat, sketches of Jamel Debouzze and Gad Elmaleh, with the humour of Coluche, Desproges and Devos. I love how you can play with the French language. Humour is very closely tied to culture. And in this respect, I remain French.