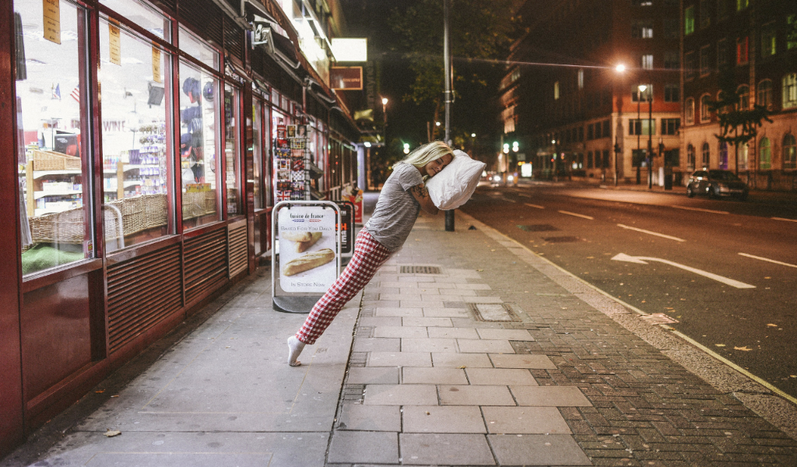 When 50% of young adults in your country are unemployed and your future prospects look bleak, not even the most optimistic of statistics can give you peace of mind. Opinion piece.

My mobile is generally the first thing I look at when I wake up in the morning. I admit, it's a bad habit, but for me there's no other routine first thing. Once I turn off the alarm, I can't help but go through all my notifications, as well as the headlines from domestic and international newspapers that flood my phone, bringing me up to date with the day's key stories as the hazy memory of last night's dreams drift away.

Today there is only story being served up over breakfast – Spanish unemployment fell by a record 678,200 in 2015.

I'm feeling shattered, but time is already ticking away... Why didn't I go to bed earlier last night?

It's widely recognised that the worries we accumulate during the course of the day come out under the moonlight once we get into bed and try to shut down our brains. Yet as they flash up on phones across the country, unemployment figures are still causing the youth of Spain many a sleepless night: the eternal students, those condemned to living off grants, and those who pay the price for the country's austerity measures and debt. I couldn't get an early night yesterday because I was too busy pondering what has become the trademark existential question for my generation: "Is there life after university?"

Yes, something is keeping us Spaniards awake at night. It's like the stench of decay that troubles Hamlet's Marcellus: the ghost of a lifeless job market, out of reach to those who aspire to be part of it. This year I will graduate from university along with the rest of my class, yet what ought to be freedom and a sense of satisfaction has been replaced by an underlying uncertainty.

"We'll have to study something else – we're not going to find any work." That's become one of the most commonly heard phrases in the departmental cafe. The end of my degree is accompanied by a feeling of vertigo, and of heading into an abyss, similar to that I got as a young girl as they egged me on to take the plunge from the swimming pool diving board. They told me to jump and that it would all be ok. Nowadays, nobody is brave enough to give me those reassurances.

46.24% of us have had our dreams snatched away. Unemployment may be falling, but we have fallen even further. As far off as it may seem at the moment, perhaps there will be a chance for us. Perhaps the youth of today will be more fortunate than those before us, who barely managed to make ends meet – more fortunate than those who invested all their hopes and dreams in their studies. You could call us the desperate, or pessimistic generation, so please forgive us if we don't jump for joy when they tell us that things are getting better.

We believed them when they told us that with a bit of hard work we could realise our dreams, but it was a lie. For now we'll sceptically disregard the figures, after all it's better than letting them weigh on your mind. That can wait until you're tucked up in bed.