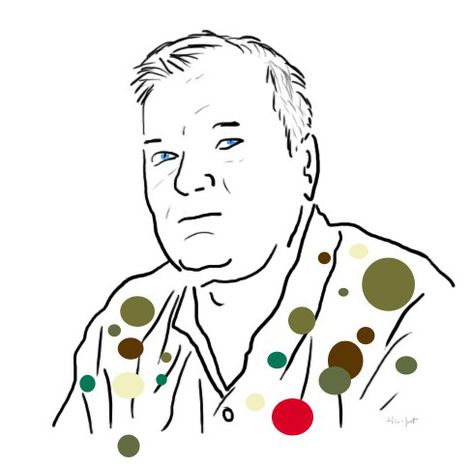 The alleged war criminal and genocide suspect, 69, will answer international charges of genocide, extermination and murder after his arrest and extradition to the UN war crimes tribunal.

As the EU parliament’s president Jerzy Buzek welcomes this ‘good news for Serbia, for the stability of the region’ and for ‘Serbia's EU accession process’, two Serbian and Bosnian twentysomethings react with relief

'I’m watching the moment live on our television at home. It’s a live stream of B92, a special edition dedicated to coverage of the arrest of Ratko Mladic with correspondents from all over the region. He was hiding under the name Milorad Komadic in his cousin’s house74km from Belgrade in the village of Lazarevo, Vojvodina near Zrenjanin (north-east Serbia). The village is populated mostly by people who fled Bosnia during the 1992-1995 war (around 480, 000). The Croatian prime minister Jadranka Kosor says that this is good news for everyone, for the people of Srebrenica (where 8, 000 muslims were massacred - ed), for stability and justice. Mladic is now in a special court for war crimes where he will answer for the Bosnian war, including the Siege of Sarajevo and the Srebrenica massacre.

The reactions in Belgrade are for the most part positive. People are estatic and relieved. There are many who think that the government betrayed Mladic for political gains because the EU foreign affairs chief Catherine Ashtonarrived in Belgrade today; we are I think one month away from EU candidacy status. The timing seems so calculated in a pre-election year that people are complaining of a conspiracy. The ruling democratic party is running low on people’s support and will most probably lose the next elections. Mladic is now old and in bad shape, unlike his colleague Radovan Karadzic (the former president of Bosnian Serbs - ed) who was found working as a new age healer in 2008. He had at least one stroke because he cannot move his hand. My earliest memory of this whole affair was the madness of 1995, where people celebrated him as a small god. Now I don’t feel anything; he co-operated with the arrest, and we have been talking about him for over ten years.'

'I was in the office when I heard the news. At first I didn’t believe it, as if it were another rumour that we have been listening to over the last 16 years. Then I waited for the press conference by the pro-western Serbian president Boris Tadic. Everyone in the office was watching and everyone on facebook got mad. The first sentence was ‘Mladic was arrested...’ and a mix emotions emerged. Happiness, frustration that it took so long and frustration because we will see another process in the Hague that will be no more than a travesty of justice. But I guess it is never late for justice.

People are not celebrating. The breaking news was screened in front of the BBi shopping centre. One old lady congratulated me. Everyone is a bit bitter because it took so long. But there is a happy-victory moment too. My brother just called me, he was in school and belongs to the generation that was born during the war time. He told me that screamed out loud in school when they heard the news.

Serbia is not going to fool me. I know they knew all the time where Mladic was. They protected him and took care of him and his family. Only when their reputation and EU potential membership was at stake did they pull the card and arrest him. Are we expected to clap? Perhaps they will receive a few ovations from the ignorant or the ones who pretend not to see nor read the tones of ICTY reports that stressed over the years the crucial role of Serbia in protecting Mladic. Mladic was the nightmare of my childhood and the ghost of my youth. I can say just one thing: fuck you fascist.'

Look at what the Prosecutor for the International Criminal Tribunal for the Former Yugoslavia saidLook through the indictment which details the alleged circumstances and the former army general's roleFollow the updates, comments etc. are running on live updates on national newspapers, such as the UK's The Guardian or France's Le Monde