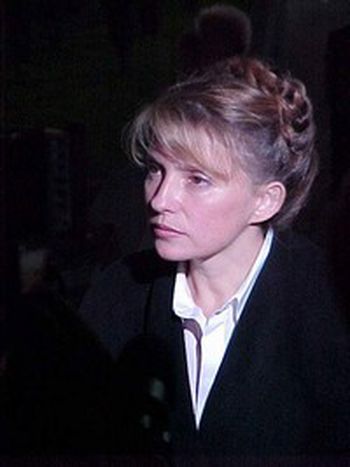 The dismissal of Prime Minister Tymoshenko by President Yushchenko means that the golden couple who led Ukraine’s revolution to victory is no more. Will political in-fighting also bring an end to the rapprochement between East and West?

The sacking of Prime Minister Tymoshenko, who many in Europe believe was behind last December’s peaceful revolution, came with the resignation of the head of the Security and Defence Council, Petro Poroshenko, and Deputy Prime Minister Mykola Tomenko. Thus, the political in-fighting that has characterised the Ukrainian government since its inception has been thrust into the limelight. Napoleon described revolutions as vicious circles that “begin with an excess only to end up back where they started.” This may not be the case in the latest episode of the thriller that Ukraine has been submerged in since the Orange Revolution in 2004 brought Victor Yushchenko to power. However, many already liken the enthusiasm of that winter to the mythological Cronus devouring his children, converting them into victims of the same blight they had initially fought against.

The Gas Princess and the Chocolate King

It is important to understand that the core identity of the Supreme Rada, the Ukrainian parliament, still stems from the influence of an oligarchy that not only finances determined groups but also has its own political parties. This entrenched battle between clans, which already existed under previous president Leonid Kuchma’s corrupt regime, is fundamental to the lack of cohesion inherent in the 7-month-old Cabinet that has fractured so definitively.

Both Tymoshenko and Poroshenko come from this oligarchy. Tymoshenko, who has been elevated to the category of political heroine by Western journalists, is also known in Ukraine as “the Gas Princess”, due to her previous role in the gas oligarchy. Backed by ex-Prime Minister Lazarenko, who is currently serving a prison sentence for money laundering in San Francisco, Yulia Tymoshenko became president of the United Energy System of Ukraine (USEU) from 1995-97 and in 1999 founded her own political party, Batkivshchyna (Motherland). Poroshenko, nicknamed the “Chocolate King” due to his involvement in the sweets industry, collaborated in financing the revolution and in creating propaganda for it through his own television channel. Western journalists hardly made any mention of such details during the weeks in which the government changed hands – unlike in the East, especially in Russia, where journalists did not hesitate to mention them.

The government’s failed attempts at the takeover of companies privatised by ex-President Kuchma are also at the epicentre of the crisis. Such failures are understandable given the complexity of networks that form the spheres of political and economic power in the ex-Soviet Republic.

Repercussions of the crisis

Analysts agree that the crisis is the starting signal for the electoral race of March 2006, parliamentary elections for which Tymoshenko has already announced that she and Yushchenko are in different teams. There is also increasing speculation that members of the Yushchenko party may appear on the list of the ex-Prime Minister. Amongst the interpretations made by Eastern Journalists of this situation is that, as well as the incapacity of Yuschenko to take the reins of government in the face of Tymoshenko’s popularity, it was provoked by the President and his ex-Prime Minister themselves. By the first, in order to save face in light of the growing allegations of corruption that surround his project; by the latter, in order to begin her journey towards the presidency.

Next year’s election will be a real test of the maturity of the country, the development of which Ukraine depends upon both internally and for its application for European Union and NATO membership. During the revolution, the EU did not hide its support of Yushchenko against the other presidential candidate Yanukovych, who was backed by Russian President Putin. In the EU and the rest of the West, the Ukrainian revolution represented a reform of the political process which would act as an example for Russia; for those in the Kremlin it meant the definitive loss of influence in a territory that had formed part of their ‘Empire’ since the seventeenth century. The possible integration of Ukraine into the EU is on the horizon. This requires the strengthening of political and economic stability. Even American president Bush has warned that the enlargement of NATO to include Ukraine and the Baltic countries, which would place the borders of the Alliance at the doorstep of Russia, must wait until at least 2008.