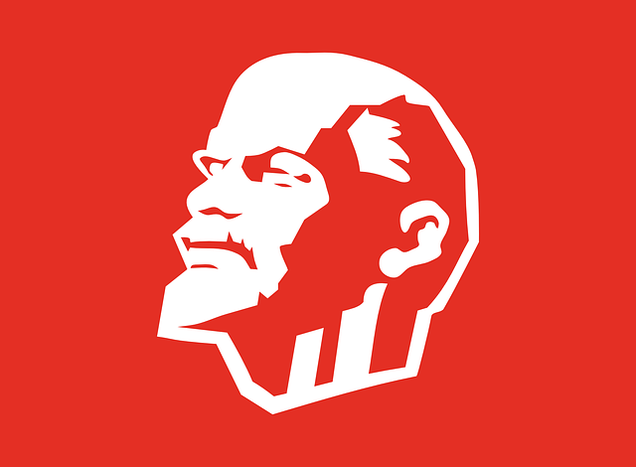 The demolition of Lenin memorials is for Ukraine, what the Fall of the Berlin Wall was for Germany. A symbolic act of freedom. It took Ukraine 25 years longer than it did Germany, but Lenin has finally fallen in Kharkiv.

"Our hearts call for change!"

Those were the words sung in 1986 by the Soviet rock music megastar Wiktor Zoi. A couple years later the  Velvet Revolution swept through Eastern Europe, culminating in the Fall of the Berlin Wall. The so-called "change" went above and beyond the planned Perestroika. 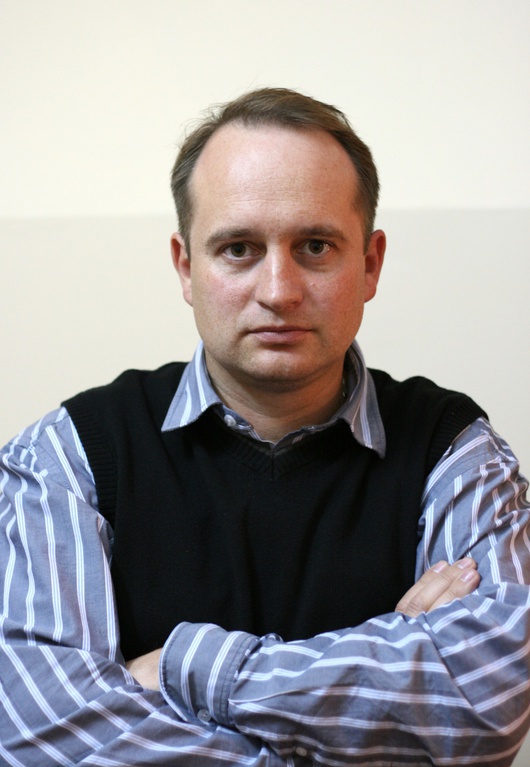 1989. Back then, I was 15 years old and an activist for the Ukrainian People's Movement for the Perestroika. The change hit us like an avalanche. The media criticised the CPSU, and the conferences of the USSR's people's deputies turned into talkshows that exposed communist crimes. I heard one of these live broadcasts on the radio while on a break at school. My friends from the People's Movement and I listened carefully to the words of the new idols of the people. Although our organisation was run in the name of the Perestroika, we knew that our goal wasn't at all the restructuring of the USSR. We wanted an independent Ukraine. We imagined blue and yellow flags festively hoisted up in cities and villages, and pictured people dragging away Lenin memorials with cheers of joy — similar to how the Berlin Wall was torn down. We believed that it would be enough to tell people the truth about communist crimes so that our country could exist with integrity and dignity. My friends and I lived in our own made up world. In our entire city of roughly 300,000 inhabitants, there were maybe 15 to 20 others like us, and maybe 150 to 200 older activists. I lived in a worker's district. The neighbours in our apartment complex were sympathetic to the People's Movement because they did not have high opinions of their communist bosses. But in principle, even they did not care what wound up happening.

Ukraine became independent two years after the Fall of the Berlin Wall. The "change" took place with breath-taking speed. But we couldn't bring the people who were indifferent over to our side. The day the Declaration of Independence of Ukraine was enacted, I took the night train from Kiev back to my home with a couple other activists. Of all the passengers, roughly only 20 people chatted with each other in an excited tone, and sang patriotic songs. I still remember the cry of a fellow passenger who yelled into the abyss of a deserted trainstation in the middle of the night: "Independence, independence!"

A couple of years later I fell out of contact with most of the activists from back then. And not just because I went to Kiev to go to university; rather, our independence came across as a blatant demand to go, wherever that may be. All of us, from us members in the "People's Movement," to the people who were indifferent, as well as our opponents, were like plants that grew up in a greenhouse. Finally we escaped the stagnant air and were exposed to the climate of reality. Some were able to survive it, others didn't. A couple years ago I met with my former primary school teacher, who told me, "half of our class doesn't exist on the planet anymore: XX died from an overdoese, YY in prison." A log of my friends began to drink when their businesses where they worked closed. And when life began to shape up again and there was work available, they were incapable of doing anything. They sat on their benches with faces that had grown black, and observed the other survivors, who continuously bought cars and new furniture. The 1990s, the first years of independence, were like a black hole in which there is no room for light.

The indifferent majority unanimously voted for the "party in power," which consisted of former communists and outspoken mafiosis. Corruption, the gradual repression of recently fought for democractic freedoms, the danger of a lacking national identity and Absorption through Russia. The 1990s bore oligarchies with their hand-tamed parties and corrupt and inefficient state. Independent Ukraine suffered from soviet ulcers, and there was no one in sight who could treat them. Our role models wound up being boundlessly naive. Our dream, in reality, were simply child fantasies.

In 2004 we tried to get out of this seemingly everlasting hole. After three weeks of cheerful carnival festivities in the heart of the capital, the state power dynamic changed. But Lenin, our symbolic counterpart to the Berlin Wall, remained firmly on his pedestal. The "values" he represented endured; the majority of people still looked back longingly at the soviet empire. In 2013, songs by Zoi were broadcasted again on the radio. "Our hearts call for change." This battle cry became as relevant as it was 25 years ago. By the end of the year, the Euromaidan began.

In January 2014, the disintegration of the USSR and the Orange Revolution seemed like a harmless walk in the park. No one had been murdered in the streets of Kiev since the Second World War. Yanukovych managed to accomplish something that the country's intellectual elite could bite their teeth into; this time there wasn't a part for the indifferent. The words of the national anthem, which before seemed contrived and formulated enough to induce vomiting, suddenly caused eyes to well up with tears, from students to retired people. "Soul and Body we will lay down/For our freedom." This is how would anthem begings, and the mentality embodied in it was felt as real in Kiev, Lviv, Kharkiv, Dnipropetrovsk and Odessa.

Every fallen Lenin is a little bit of freedom 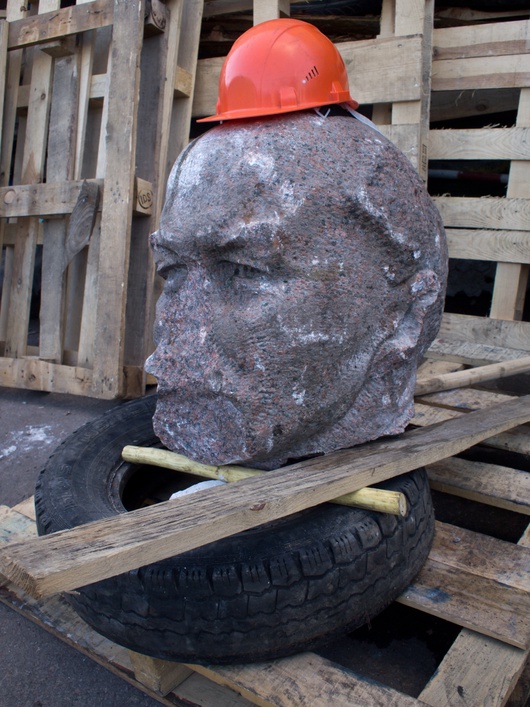 The memorials fell in just a few winter days like dominos throughout the country. Finally we were able to find ourselfs, our identity and our dream: to be a part of Europe, where above all, according to our understanding, the dignity of people is highly regarded. These few days of winter weren't called the "Revolution of Dignity" for no reason. That's when the war broke out. Russia understood, that it can't subdue the Ukraine with "soft power," and decided to usurp the regions where Lenin still stood. Or the entire country for that matter, if everything works work. Kremlin analysts knew that our military isn't fit for action. But they didn't know that we'd changed. In just one or two months, self-organised groups supplied the military, and courageous Maidan activists went to the front voluntarily. The Russian Blitzkrieg was deflated. As I wrote these words, a Lenin memorial was toppled by cheering masses in the eastern city of  Kharkiv. Another piece of the soviet Wall, having been physically erected in Berlin and mentally throughout all USSR territories, fell. Now nothing separates us from the Free World.

This article was written for the project Eastern Europe Outside/In, in association with Allianz Kulturstiftung and the Eastern European magazine ostpol.