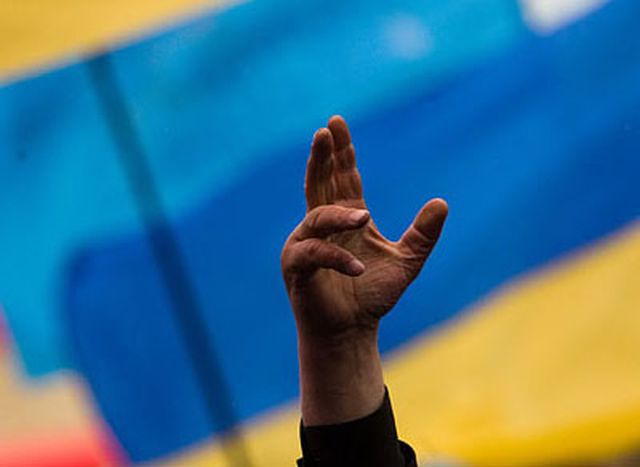 The international diplomatic machine is currently involved in all things Ukraine, pulling at  threads, negotiating, and finally, shall we say, pressurizing; declarations and accusations coming from political leaders and going between Europe, Russia and the United States with Ukraine always in the middle.

The language, ethnic and cultural division has seen itself widen exponentially in recent months and the international community is no closer to finding a solution.

Sanctions with no effect

In the international boxing ring we have Russia, who is more than ready to intervene with a military response in order to defend its own interests, as it has already shown in the autonomous region of Crimea. The United States, the second opponent, has threatened to impose economic sanctions on Russia, a country that represents 1% of American trade. The great American received a surprise similar warning from China, a faithful ally of Russian president Vladimir Putin, and therefore blocking the move.

In the other corner we find the European Council, which is meeting today, 6th March, to draw up a roadmap and decide on possible sanctions for Russia. The last option, preferred by the United States, will quickly turn into nothing due to the dependence on energy within the European Union. Russia supplies approximately 30% of gas and oil and additionally represents the European Union’s third biggest trading partner in terms of exports. Curiously, Ukraine is also the country through which 80% of Russian gas passes through in order to get to Europe. *See a map of pipelines in Ukraine.

Economic help! But at what price?

The EU heavyweight, Angela Merkel, has already shown preference towards mediation – and understandably when you take into account that 36% of German gas and oil consumption comes from Russian imports. In the last few hours she has opted to offer Ukraine economic help (1 billion dollars on behalf of the US and 11 million euros on behalf of the EU). On the same subject, the president of the European Commission, José Manuel Durão Barroso declared, “It’s the first time in many years that we perceive a real threat to global peace and stability”.

In this global fight all the blows are to Ukraine. It mustn’t be forgotten that this “real global threat” comes from a smaller, more local level, and could result in the breakup of a country, or even worse, a civil conflict.