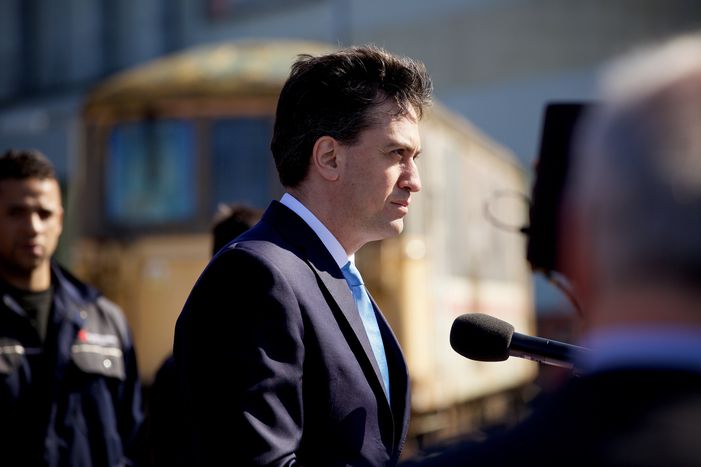 Two days to go: the European view on the UK elections

Two days before the UK general election, the Tories and Labour are neck-and-neck in the polls. Tory leader and Prime Minister David Cameron has renewed his promise to hold a referendum on exiting the EU if elected.

Commentators across Europe warn Britons not to sideline themselves with a Brexit and urge them to think carefully before they vote.

The question of a Brexit will continue to occupy Europe regardless of the election outcome, the Christian-liberal daily Salzburger Nachrichten expects: "With the elections this week the British will decide whether it comes to a vote on this question. ... Around one third of the population is currently for exiting the EU. Consequently the British will have to discuss their future in Europe no matter who wins the election this Thursday. Even the pro-European parties can't afford to leave the field to sceptics and populists like Nigel Farage's Ukip in the long term, otherwise a Brexit will remain an option. Whether or not Cameron can apply pressure with a referendum, the next government will have to discuss reforms with the EU. And all parties stand to benefit from that. Because the Brits share many concerns with other EU citizens, for example regarding the need for less bureaucracy and more transparency."  (05/05/2015)

UK too weak on its own - Pohjalainen - Finland

If the British vote to leave the EU in a referendum it won't be to their advantage, the liberal daily Pohjalainen writes: "At present Western Europe's banking hub is in London. But it's worth considering how the UK's status would change if it were no longer in the EU.  The financial world's centre of gravity would without doubt gradually shift to Germany. And Britain's possibilities of free trade with the EU member states would also have to be reviewed. Cameron's move also seems odd from a foreign policy perspective. The UK's influence outside the EU would dwindle. Even its unshakable ally the US is dubious about Cameron's gamble. … The UK isn't strong enough to have a better future outside the EU." (05/05/2015)

Brexit would be great loss for all - euinside - Bulgaria

A Brexit would be bad for both the British and the EU, blogger Adelina Marini warns in web portal euinside: "If Britain left the EU this would send signal to the world that an adventurous country has turned into a timid one; that a country with global ambitions has opted to be a parochial bystander; that a country known for its openness to the world shuts the open door nearest to it; that a nation which has built its history on confidence towards others defines itself by resentment to others. There are still no in-depth studies of how a possible exit could affect the EU but the several ideas that are circulating in the European public domain suggest a loss of a valuable outlook on life - a liberal, open, trading nation with traditions." (04/05/2015)

Only Liberal Democrats can save the UK - La Repubblica - Italy

The Liberal Democrats are decisive for the future of Britain, historian and social commentator Timothy Garton Ash writes in the left-liberal daily La Repubblica: "The outcome will almost certainly be a coalition or minority government: all frightfully un-British and typically continental. Yet this most European of elections could result in Britain leaving the EU and Scotland then Leaving the UK. ... As an English voter, those are all things I want to prevent. Complicated some of these judgments may be, but the general message is clear: vote with your head. ... For all the priorities I have mentioned, it is important that there should still be a hardcore of perhaps 35 Liberal Democrat MPs capable of coalition with Labour or the Conservatives or of influencing a minority government of left or right." (05/05/2015)