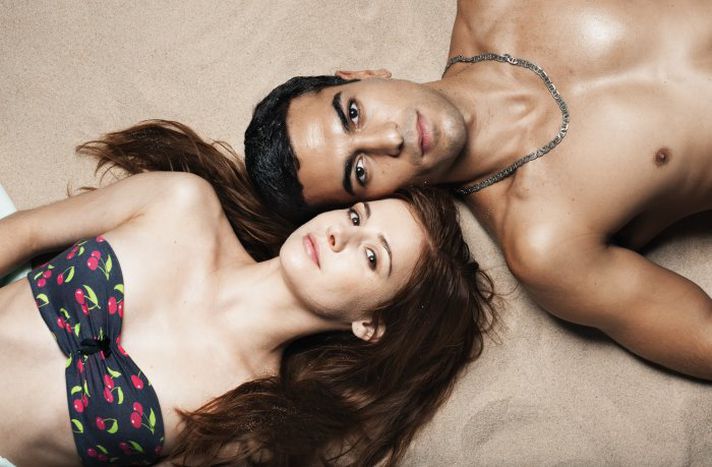 A German woman and a Turkish man fall in love and try to live a normal life with their children at the heart of contemporary German society. Set in a cosmopolitan neighborhood in the German capital, we have yet to see whether ‘Türkisch für Anfänger’ might shed light on complex problems

From the get-go ‘Türkisch für Anfänger’(literally ‘Turkish for Beginners’) sets a foundation for a much-needed deep look into integration issues of the Turkish community in Germany. It is the first German television series that addresses the Turkish issue through the unique angle of irony. Doris, a German psychologist and mother-of-two, meets and falls in love with Metin, a policeman of Turkish origins. They try to form a real family with Doris’ children, Lena and Nils, and Metin’s children, Yagmur and Cem. We embark on all their adventures through the eyes of daughter Lena, who is in perpetual conflict with son Cem, the walking stereotype of the trouble-making Turkish teenager from a bad neighbourhood.

The series is symbolic of the post-1989 Berlin multicultural pot. Among the 3.4 million inhabitants in Berlin, 130, 000 are Turkish, the biggest population anywhere in Europe besides Ankara. The neighbourhoods Kreuzberg and Neukölln, situated in the east right near the Berlin wall, were inhabited by Turkish immigrants in the 1970’s and are the most diverse neighbourhoods in Berlin. While Kreuzberg has at least partly become a fashion hotspot, Neukölln is what they call the ‘bad neighbourhood’. 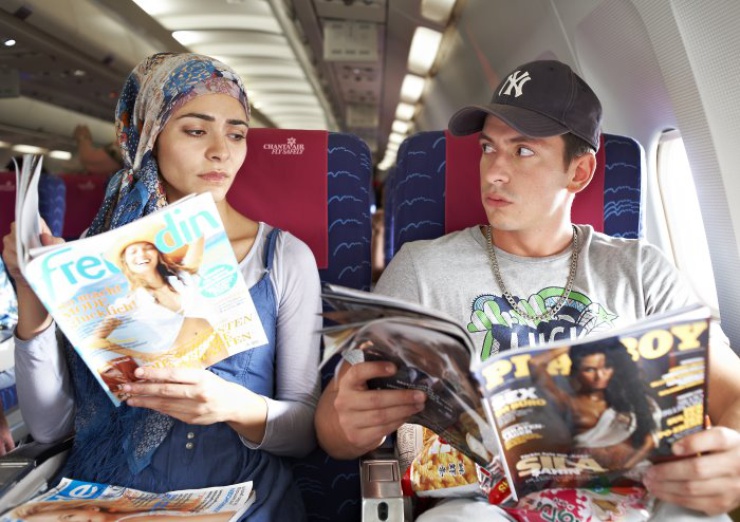 Taking a stroll through these districts, it is evident that multiculturalism is indeed everywhere you look, but what you don’t see is this touted ‘integration’. Many different ethnic groups only interact to do business together in markets or stores. All they seem to share in common is that they live in the same city as each other. In all this, the mixed families are nowhere. This is the first piece of evidence proving that this television series’ theme only applies to a small minority of Berliners. ‘I can say with certainty that this television series does not represent reality,’ agrees Sezen Tatlici-Ince, a young woman with Turkish origins who is president of the Typisch Deutsch (‘Typically German’) association. ‘A real mixed family does not look like this model: there are few such couples, but for those who decide to live together, the question of difference does not even arise. They are so well integrated that exaggerations such as those found in the series can not exist'.

For mixed couples who decide to live together, the question of difference does not even arise

According to Sezen, multiculturalism is a reality in Germany. ‘Of course, not everything is always pitch-perfect, but I'm sure it breaks down barriers,’ she continues. ‘The solution lies primarily in looking for 'normality', such as the fact that people from different backgrounds work at the bank or post office. Government-sponsored projects - both large and costly - are useless. Instead, we must support on-the-ground initiatives, talking with young people from the ghetto and showing them that they can get out.’ If Sezen embodies this opportunity to succeed by becoming an active member of society, this ‘other’ way to integrate is visible in the series. Metin is a policeman, a job where there is a deep symbolic meaning and is not just a random selection by the series director. 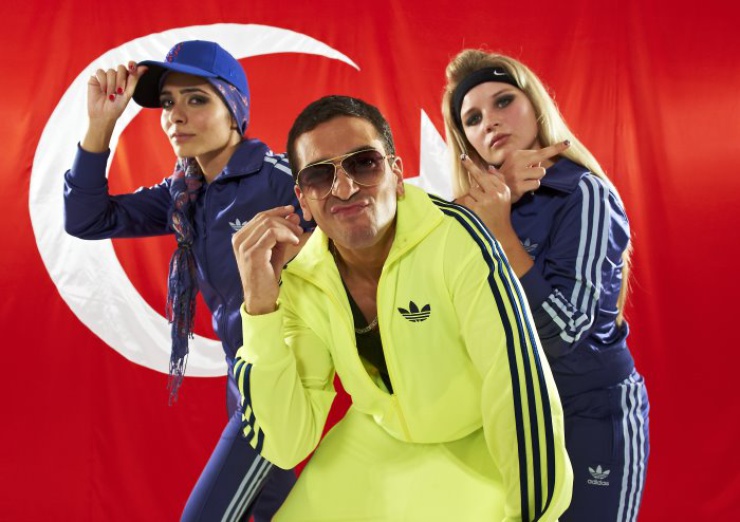 Ben Serder Bulat, a German student born in Germany to Turkish parents, accompanies me in my discovery of his multicultural Berlin. ‘I feel like a true Berliner,’ he says by the metro station Kottbusser Tor, a kebab-friendly area in the middle of Kreuzberg. ‘I was born here, I studied here, and my friends are of both German and Turkish descent. I know this is only my experience and I am aware that there are other realities, including school districts in which they do not speak German because most students are Turks. We must mainly focus our attention there and explain to young people that integration is a reality, and that for it to be seen as normal we must first commit to it. The commitment must come from both sides.’

Christina Heuschen is another young German student who actually analysed the series for her bachelor’s degree. ‘The vision of the protagonist is not representative of young people’s views on this subject,’ she says. ‘In reality, everything depends on the background of every individual. If you've never known someone from a different culture, it is clear that the natural reaction is to believe the stereotypes presented by the series. At the same time the mere mention of it, even in ironic terms, is a step forward in the sense that it allows the public to understand that it is normal that German society is no longer what it was forty years ago.’ 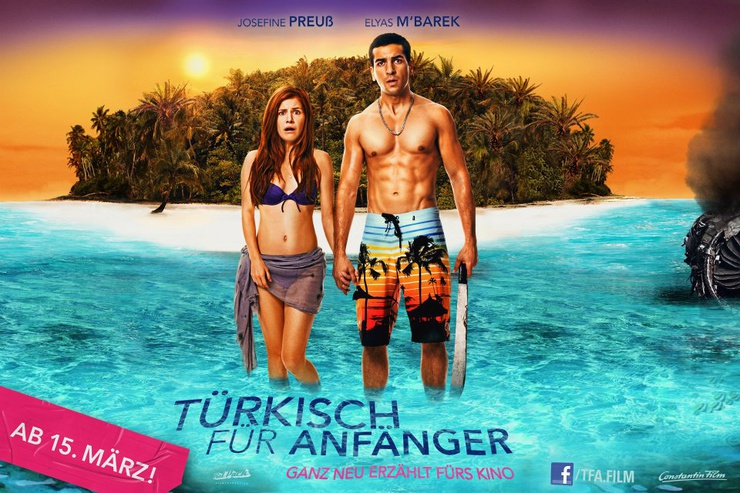 Whilst this series may not represent reality, it does show that there is always a way to communicate, a step forward from the silence which often surrounds these issues. Without communication, integration is impossible. And while television series, as commonplace as they are, fail to describe all aspects of a complex issue, they at least communicate aspects of every-day society. Who knows if an ironic series, with a Turkish policeman and brothers from different backgrounds stuck living together, could represent the beginning of this normality that this society is desperately looking for?

This article is part of the seventh edition in cafebabel.com’s 2012 feature focus series on multiculturalism in Europe. Many thanks to the team at cafebabel.com Berlin