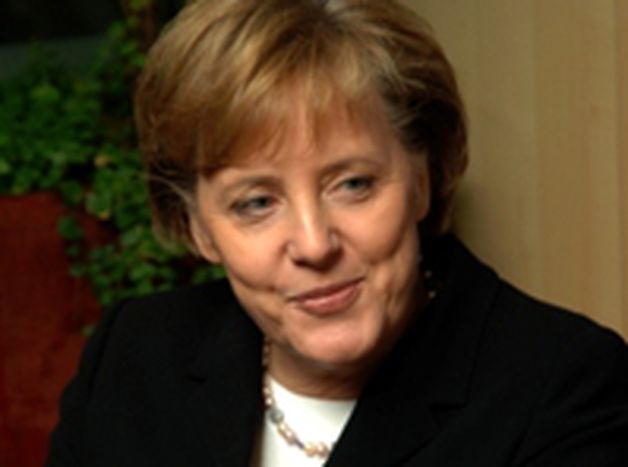 The CDU is firmly against Turkey’s accession to the EU. Its Turkish-German members are now campaigning for a change of policy

German conservatives and Turkish migrants – two camps long diametrically opposed to one other. The Christian Democratic Union (CDU) rejected the integration of Turkey into the EU, and many immigrants of Turkish origin felt dismissed and rejected. In the past, the majority of them have felt more at home with the SPD or with the Greens.

Over the last few years, things seem to have changed. Today, an increasing number of members with Turkish origins have joined the ranks of the CDU. One of them, Emine Demirbüken from Berlin, has even made it to the national executive.

This formidable politician is optimistic and believes she can change the position of the CDU regarding Turkey. 'Some of the party’s foreign relations specialists are now endorsing Turkish accession. The debate is underway, and it is not a foregone conclusion how the CDU will stand on this question in a few years’ time.' Demirbüken does not believe the contradiction between her own position and the official party line causes any great problems. 'It is normal to have differences within a people’s party. It is impossible to make good policy if everyone has to have identical views.'

In fact, most of the other Turkish-German members take her dissenting view rather calmly, and stress that the accession question is only one issue among many. They support the CDU for other reasons. Such is the case for Hasan-Onur Kavak, who represents the Christian Democrats on the city council of Voerde. “I belong to the CDU because I identify with their goals, such as protection of the family, support for religious beliefs, as well as the promotion of integration.” For most CDU members of Turkish origin, the accession question is no reason to consider changing parties.

Notwithstanding, no one denies that the CDU’s flat refusal to accept Turkey’s accession rebuked many potential voters of Turkish origin. 'I believe that the majority of Turks in Germany are conservative at heart, but have been alienated by certain statements made by the CDU. Only when the CDU manages to communicate its position differently, will conservative politics become a voter option for Turks,' says Sedat Samuray, the first candidate of Turkish origin to stand for the CDU in Berlin’s provincial elections.

The Turkish-German vote is not just of interest to politicians of Turkish origin like Samuray, but to the whole party. With a population of 2.5 million, Turks are the biggest immigrant group in Germany, and due to the higher concentration in Germany’s urban citizenry, an increasingly important voter group. 'If we want to achieve over 40% in large cities in the future, we will have to win the Turkish-German vote,' underlines Bülent Arslan, president of the CDU’s Turkish-German Forum.

According to polls, the CDU still only has about 7% of the Turkish-German vote. Even Samuray, who stood for election in the strongly Turkish riding of Kreuzberg, only got 11.6% of the vote. Arslan thus advocates a political change in the CDU, in order to open up to migrants. For some, it would be necessary to start a broad discussion about German identity. For others, the position on Turkish accession would have to be reconsidered, and Turkey given a fair chance to fulfill the accession criteria, as opposed to rejecting it out of hand.

In reality, since the CDU has been in office in Berlin, the party leadership has been taking a more pragmatic position on the accession question. On her first official visit to Ankara at the beginning of October, chancellor and CDU president Angela Merkel, once one of the strongest opponents to Turkey’s EU accession, indicated that she would not impede the negotiations. Instead, she took the opportunity to remind Ankara that the resolution of the conflict in Cyprus, already underway in principle, would help Turkey join the EU - as long as all the other criteria were fulfilled.

Overall, this reflects not so much a fundamental political change - the CDU cannot block the newly cleared path for Turkey. Moreover, the chancellor knows that the negotiations will drag and falter for a long time  with or without her input. In light of the current difficulties, she may well hope that the problem will resolve itself. This is why the internal dissenters in Merkel’s party are biding their time. 'The train is already moving,' says Arslan. 'Whether it ever reaches its destination now depends on Turkey alone.'

Chronology of the Turkish membership bid

1974 Invasion of northern Cyprus1987 Turkey applies for full EEC membership1995 Turkey joins EU customs union2001 May European Court of Human Rights finds Turkey guilty of violating the rights of Greek Cypriots during its occupation of northern Cyprus 2002 - 2003 Pro-EU reforms are applied (abolition of the death sentence, greater freedom of speech, reduced political role of the army)2004 December Turkey agrees to recognise Cyprus as an EU member. EU agrees to open membership talks0ctober 2006 EU membership talks openNovember 2006 Report on membership progressDecember 2006: Turkey opened one airport and one port temporarily to the Greek-Cypriots to show its commitment to EU requirements2007 Turkey has a moderate islamic president, Abdullah Gül, and allows the use of the veil at university. The reactions to this in Europe are, in general, not negative, which is interpreted as a very good thing