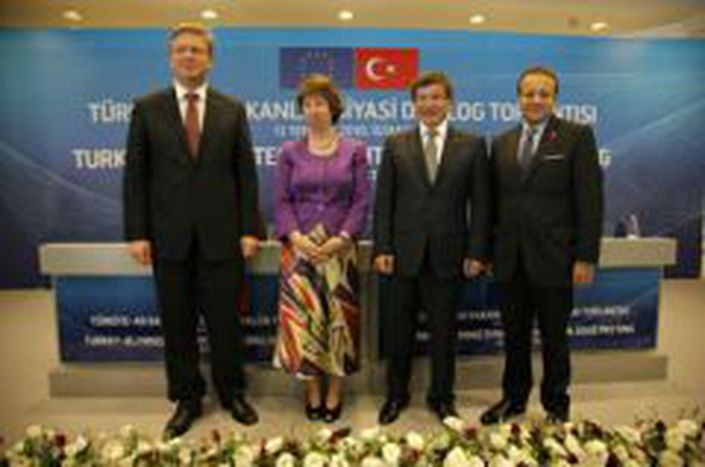 Turkey: the unravelled “knot” of the EU’s southern neighbourhood

By Julian Memetaj The economic upheaval will arguably be in the spotlight during the two-days meeting of the European Council June 2011 Summit, held in the capital of the European Union.

For the 27 Member States, but also for new institutional structures and new rules introduced by the Lisbon Treaty, crisis’ echo is an extraordinary situation which requires joint synergy and immediate acts in order to bring a fresh impetus and progress.

Notwithstanding, relations with Europe’s south-eastern neighbours will be one of the core topics that will be discussed in the above mentioned summit, yet it holds limited sway in the creation of the EU’s common foreign policy compared to issues related to climate change, nuclear energy and lately the Arab uprisings, to mention just a few (the exception being the concluding accession negotiations with Croatia).

In this context, the next Trio’s presidency (i.e. Poland – Denmark – Cyprus) will have to focus on the global economic crisis, environmental issues and perhaps the EU external policy inconsistencies which constitute demanding policy issues that will be coupled with the ongoing enlargement process and those candidate-countries looking to fulfil the acquis communautaire requirements.

The EU-Turkey relations officially kicked off in 1963; however, the pace of the accession negotiations has been rather slow. Building a comprehensive and inclusive partnership is equally important for both sides. Acknowledging the fact that they are respectively different in political and cultural issues paves the way for a challenging symbiosis and an ad hoc test of policy implementation.

Turkey’s remarkable geostrategic role in the southern EU neighbourhood, which the EU considers important, can be a catalyst for the policy development. Furthermore, Turkey has emerged as a key actor in the energy sector. Turkey’s gas pipelines will be of great importance (e.g. Nabucco) because they will directly influence Europe’s energy security. Moreover, energy policy may boost regional economy and improve the relations amongst major rivals – e.g. Kurds issue.

Fundamental rights and judicial reforms drive forward in the political agenda. However, the role of the army, women’s rights, religious concerns and respect of human rights lag behind the required standards. Hereby, in what is admittedly a complex issue, its resolution lies exclusively in the evolution of existing agreements and institutions dialogue re-addressed, in the June summit.

Picture : Catherine Ashton, High Representative of the Union for Foreign Affairs and Security Policy and Vice-President of the EC, and Štefan Füle, Member of the EC in charge of Enlargement and European Neighbourhood Policy, participated at the EU/Turkey Accession Conference. Ahmet Davutoğlu, Turkish Minister for Foreign Affairs, and Egemen Bağış, Turkish Minister for EU Affairs and Chief Negotiator for Turkey’s accession negotiations with the EU, were also present.