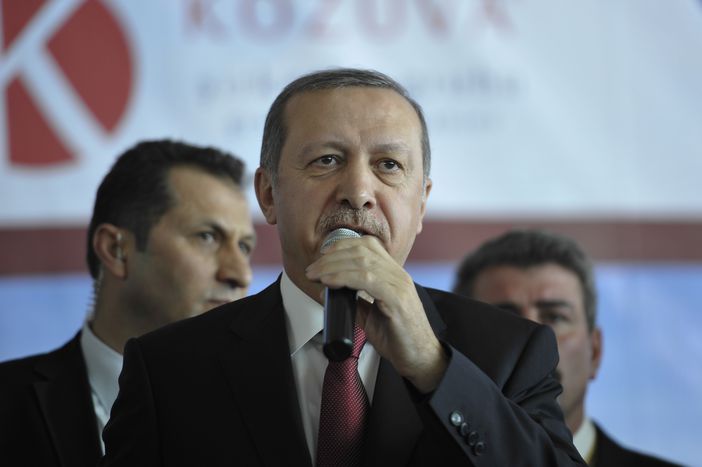 More than 60,000 Turkish people - including police officers, soldiers, judges, and teachers - have now been arrested following last week's failed military coup. President Erdoğan has declared a three-month state of emergency, but there is concern that he is taking advantage of the situation to settle old scores.

Turkish society's thirst to punish the insurgents is deeply worrying in the eyes of Agos, the weekly paper of Turkey's Armenian minority: “It's unclear whether those who have been detained and arrested will be given a proper trial or not. The mood that prevails - or is being stirred up - in the country tends towards hanging the lot of them without trial. Nor is it clear whether or not the death penalty will be reintroduced. And even if it is, it can't be applied retroactively. But we have already reached the point where publishing photos of the prisoners being tortured is considered the norm. … Society is leaning towards a consensus that anyone suspected of belonging to the Gülen community deserves unlimited violence and every kind of punishment - without a trial.” (22/07/2016)

West all bark and no bite - La Repubblica, Italy

The proclamation of the state of emergency in Turkey has resulted in a partial suspension of the European Convention on Human Rights. What has been the response of Europe and the USA? They are soothing their consciences by issuing warnings, La Repubblica states: “In politics what counts are interests; they are often used synonymously with responsibility, while real principles are banished to the sphere of words. Turkey's case is no exception. The country is stopping the flow of refugees to Greece and so far no one has questioned the deal between the EU and Ankara. It is a mainstay of Nato and the largest military power after the US. Its geographical position makes it an indispensable base in the fight against the 'Islamic State'. Democratic principles can remain simply a slogan to be used at will by prime ministers and foreign ministers. They save the face that, in international relations, counts more than the conscience.” (22/07/2016)

The Financial Times can understand why Erdoğan has decreed a state of emergency: “A state of emergency can be justified, given the brutality of the rebels, who launched air strikes on the capital and shot at civilians. Some of them may still be at large. The question now is whether Mr Erdoğan will use this occasion to form a new national consensus and rebuild Turkey's fractured institutions, or take the opportunity to redouble repression and realise his ambitions of fully-fledged autocracy. … The crisis offers Mr Erdoğan an opportunity to return to the moderate style that served him well in the early years of his premiership, when Turkey's economy and society thrived in an environment of greater tolerance. His fears of a military coup have proved founded, but the path to autocracy is more perilous still.” (21/07/2016)

The Turkish president's actions leave L’Opinion with a clear sense of déjà-vu: “Turkey's key partners, especially the US, seem paralysed. This is mainly because President Erdoğan is acting so swiftly and unscrupulously. Like Vladimir Putin he is exploiting the situation for his own goals: he is restoring order after the attempted coup, brazenly using blackmail as a weapon, relying on the element of surprise and forcing the crippled Western diplomats to match his pace. Like the Russian President, he is taking advantage of the size of his country and his indispensable role to dictate his own rules. Like Russia, Turkey is becoming a neighbour Europe would rather do without.” (21/07/2016)

Europe mustn't entertain any more illusions about Turkish President Erdoğan, Pravda warns: “Observers who accuse Erdoğan of staging a 'witch hunt' still haven't understood what's going on. A witch hunt is synonymous with the senseless persecution of imaginary enemies. Erdoğan's reprisals are a targeted and by no means improvised frontal attack on the modern secular Turkish state. Even before the attempted coup a dangerous trend was evident. The purges and the calls for the reintroduction of the death penalty have only exacerbated this trend. But Erdoğan's coup is real and successful. The international community shouldn't hesitate to put the Turkish president and his regime in quarantine. The longer we wait the worse it will be for Turkey, and it might be the end for us too.” (21/07/2016)