David Bowie has returned from whence he came. To a life on Mars? Or perhaps some unknown planet. Take a look at his changing image and music and the evidence is clear; if a cat has nine lives, David Robert Jones had even more. Despite the dozens of articles written about him, Bowie remains indefinable. He lives on in what he represented, individually, to each of us. Thoughts of a young fan.

Like all great theatre impresarios, he left behind plenty of opportunities for us to mourn him. In much the same way that Bowie-mania transcended generations, the British chameleon has been a part of every decade, continually changing and reappearing like a timeless legend. David Bowie was as famous during his lifetime as the great saints of the past, as if he too had already been dead a long time, but was living on through his music.

Blackstar was released on his birthday, the 8th of January, exactly three years after his comeback album, The Next Day (which came out after such a long period of silence that some people were sure he’d already gone back to Mars). It was released just in time, leaving us with a near-posthumous work that brings his 69 years full circle.

The choice wasn't a coincidence. In his final video and testament – Lazarus – the Thin White Duke may have aged, but he remains lucid and had clearly planned for this to be his final spectacular curtain call.

Onstage, he moved as gracefully as an actor, doing the moonwalk even before Michael Jackson (he learned the art of mime by watching Lindsay Kemp). His makeup and various costumes – androgynous, oriental, science fiction inspired – seemed natural because they were made to measure to his fragmented, elusive style and limitless ego.

Who is David Bowie?

A few lucky people got to see Bowie's souvenirs, dreams, relics, and visions in the monumental exhibit: David Bowie is. After beginning in London, it toured the world, stopping in Paris where I was lucky enough to attend. The title is a difficult and complex affirmation. It's an exhibit about a 50-year long career that starts and ends with the same question and lets spectators from every generation find their own answers. 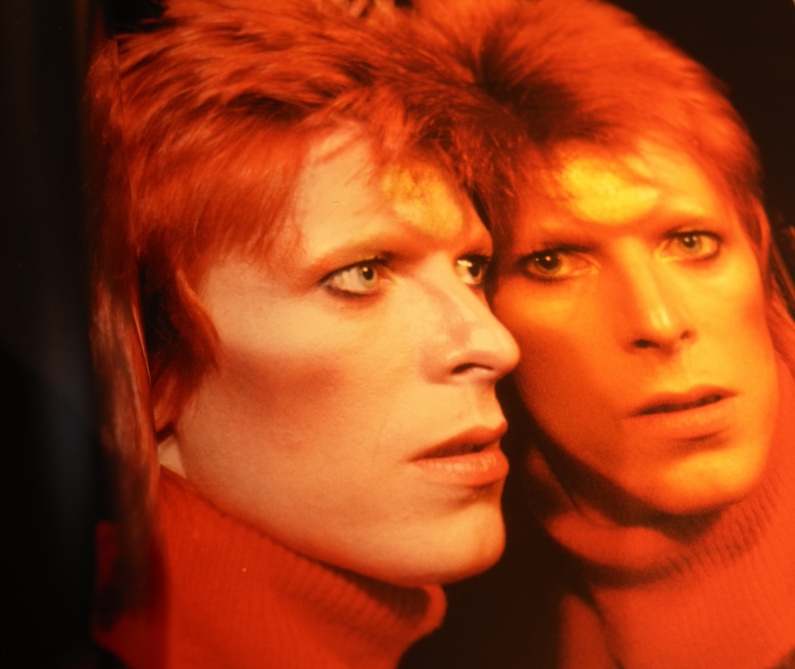 So who is David Bowie? He didn't just represent music, he wasn't just a pop-rock icon. He was rebellion incarnate, an affirmation of all its fears and peculiarities. The unveiling of his sexuality became an art form in its own right. He was a schizophrenic icon of a tormented creature: 20th century man.

Why did David Bowie acclimate us to everything so naturally, without going overboard? Because we were discovering the same world he was, right alongside him. More than anything, he got us used to death. He committed "murder" several times, sometimes very dramatically, killing off parts of his own ego along with his characters who, just like real people, were born, lived, and died: Ziggy Stardust and his Spiders from Mars (including his close friend and colleague Mick Ronson), Halloween Jack and The Thin White Duke...

Were all these changes of style and appearance just an attempt to escape that inevitable destiny that awaits us all, the final answer to humankind's greatest fear?

When Bowie went to Berlin to complete his doctorate in music, he was almost 30 years old and already doing well for himself. He was among the first, arriving before the hipsters and artists. They chose Berlin as the new capital of youth and culture, inspiring his Berlin Trilogy.

David Bowie was already a favourite of "Generation Y" or the Millenials, probably the most restless and individualistic generation in history. They're the generation of quick changes, in which anyone can be a hero "just for one day" – as Bowie sang in his 1977 hit.

Heroes (1977), the second album in the famous Berlin Trilogy.

They're also a generation of troubled people; their search for something they can't seem to find causes a need for change and an inability to simply be content. This is also the generation that has no problem with blurring society’s traditional sexual boundaries, that needs to go beyond the limits with only their bodies and their imaginations for company.

David Bowie always seemed to come from another planet, and that's why so many artists tried to imitate him. No one ever quite managed it; he himself was already imitating many facets of his own mosaic. Even now, I wouldn't be surprised if David Bowie – like Lazarus before him – was one day reborn.

From Ziggy Stardust: The Motion Picture, a live album recorded in 1973 and released 10 years later.