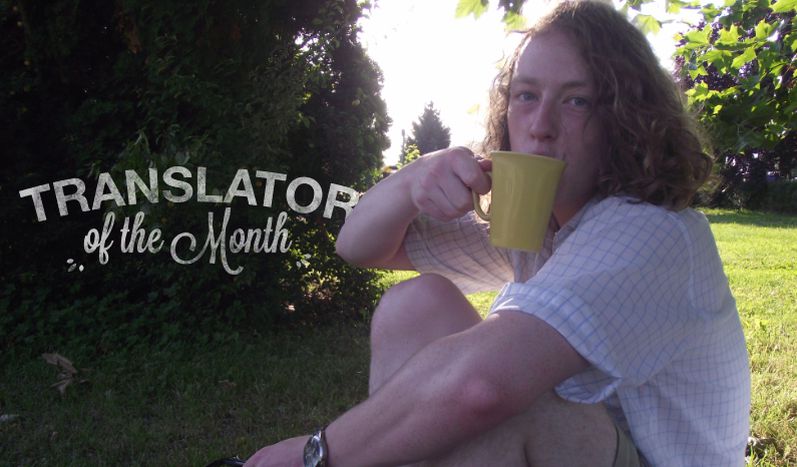 Translator of the Month!

Garen loves cheese, the Scottish, Alsace and dreams of checking out the Czech Republic. Not to mention the fact that he's an excellent translator who's been bringing our French articles to an English speaking audience since November 2013. Did we mention Garen loves cheese...

Get to know our translator of the month!

Cafébabel: Describe your self in three words…

What do you do in life in terms of work/study?

I'm a freelance French-English translator, currently on an MA in Translation Studies.

It's not a dish strictly speaking, but I love a good cheese board. Ideally, there'd be at least Stilton, Jarlsberg, Gorgonzola and Pont l'Evêque, but I'd be happy with a lot more!

Your favourite European nationality? Why?

I'd say Scottish. I visited Edinburgh recently and in the National Museum of Scotland I saw an amazing video on Scots' views on Scottishness.

When did you do your first translation for Cafébabel?

It was in November last year, on the Icelandic singer Ásgeir.

The craziest dream you’ve ever had?

I tend to have fairly mundane dreams, but one does stand out. I remember leaping out of bed, convinced the floor was about to collapse. Unsurprisingly, it didn't, but it took me a while to realise that I was safe.

In one word, what does Cafébabel mean to you?

Awareness. You can find so many different viewpoints on things you never even knew existed.

If you had to choose a favourite Cafébabel magazine section, article and author…

My favourite section would be society - there's a good range of really interesting articles. My favourite article I've read so far is on civil liberties in the UK by Joel Lewin - an eye-opening read which I'd thoroughly recommend. And as for my favourite author, I couldn't pick anyone other than my fiancée Sam Bell.

The most stupid thing you’ve done in your life?

On my first holiday to France, I refused to try any 'scary' cheese, which I now realise meant missing out on all the good ones (see above)! Back then, I stuck to Cheddar or Red Leicester.

The best place you’ve been in Europe so far? Why is it the best?

I think it would have to be Alsace in France. It's a beautiful region where storks are as common as blackbirds, with wonderful countryside, fascinating towns and cities, and delicious wine and cheese, too (I'm starting to realise there's a bit of a theme here).

A city in Europe you would like to visit… Why do you want to go there?

Prague, perhaps. A friend of mine with relatives there has said just how wonderful a time he had when he visited, and I've never been to the Czech Republic.

What does Europe mean to you?

I think that a lot of British people tend to interpret 'Europe' as 'that bit across the sea where they speak funny'. But for me, Europe is about our shared identity; we have a lot more in common than it might seem.