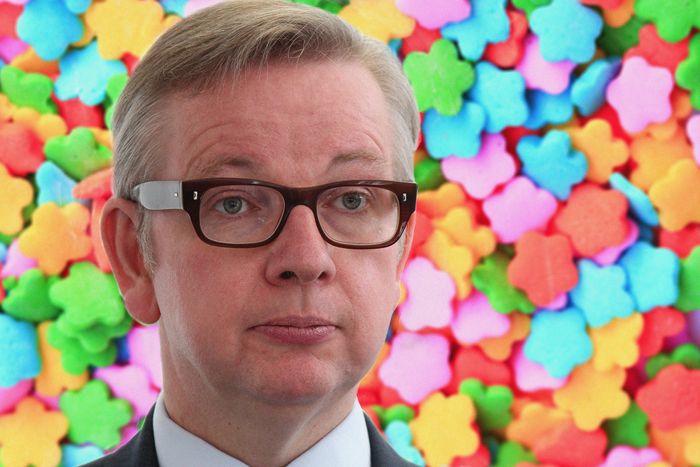 UK Education Secretary Michael Gove has mercilessly motored forwards with his programme of reforms. Unafraid of criticism, his reforms have been decisive, if controversial. What exactly is Gove up to?

The Conservative minister of education in Britain, Michael Gove is a deeply controversial figure. Paradoxically, he is also among the most popular of the Conservative - Liberal Democrat coalition’s frontbenchers. So what is it about the indefatigable Mr Gove and his policies which make him both so controversial and so popular? At the bottom of it all is a perception that he recognises the British education system is in trouble and is prepared to act. The rightness or wrongness of this impression is incidental to the perception, and herein lays Gove’s ability to impress and reform.

Gove gives the finger to the experts

His manifold reforms are too numerous to list. They touch every important area of the education system: from school governance and examination administration to the curriculum. His primary school curriculum reforms, fly as they do in the face of research from the University of Cambridge this year, more or less entirely contradicted the study’s findings. The reforms were designed with international competition in mind, to allow ‘our children to compete with the best’. International rankings have become increasingly troubling for a British system that continues to plummet down the tables.

International competition has also motivated Gove’s reform of school administration. Borrowing extensively from the Swedish experience, Gove has aggressively ushered in a large number of ‘free schools’, so called because they are free from local government control. They report directly to the Department for Education and are not obliged to follow government curricula, teacher qualification requirements or nutritional standards. In short, they can largely teach what they want, employ who they want and feed children however they choose. Since their introduction by the previous Labour administration, Gove has been the free school’s biggest proponent. With reports that some schools are found to be failing by OFSTED (Office For Standards in Education, Ed.) in a bid to force them into free status, there can be no secret as to which side Gove’s bread is buttered.

Something is rotten in the state of Sweden

Unfortunately for Mr Gove, the news from the Swedish system he so idolises is not good. In 1992, the welfare-happy Swedes introduced a free school system, which allowed parents to take state vouchers to educate their children in for-profit schools operated by external providers. Gove, however, stopped short of providing state vouchers to allow profit making bodies to monetise state education in Britain. This seems wise in the light of recent scandals in which private service providers fleeced the British government for millions.

The trouble comes from the all-mighty PISA results which show Swedish children sliding down the international rankings. This is a double blow alongside the closure of Sweden’s biggest free school provider, JB Education, which has left hundreds of Swedish children without a school. With two Swedish providers, Kunskapsskolan and Internationella Engelska Skolan (IES) already operating free schools on the British Isles, there is surely cause for concern.

But somehow, the news does not seem to have reached the public. Granted, some sections of British society respond to Gove and his reforms with a potent combination of terror and outrage, but for the most part, Michael Gove is a very popular cabinet member. In a May 2012 poll of Tory grassroots members, he was the second most popular cabinet minister with an 82% approval rating.

'Stars, hide your fires; Let not light see my black and deep desires.'

In a party which has long suffered from a case of potential regicide (a certain blond mayor of London, looms large here), there are mutterings in some corners that the Secretary of State has got what it takes to go all the way. His two and a half years incumbency in a post not famous for its retention rate is testament to that. The question remains - why? This is a man who has torpedoed through the advice of professionals and is resisted by teachers. His axing of the Building Schools for the Future projects in six areas was ruled unlawful because he failed to consult, some snub indeed. He has implemented policy at an alarming rate, and presided over the biggest GCSE fiasco in recent memory which saw English exam grade boundaries suddenly shifted without warning. The futures of thousands of students were thrown into turmoil.

Gove owes his appeal to two factors. Firstly, in a government which makes no bones about its desire to cut services for the poorest, Gove is seen to be the man demanding better for those ‘stuck’ in the state system. He delivers constant reform (delivered, naturally, in Daily Mail appeasing soundbite policies) and a willingness to take on the supposedly powerful teaching unions.

The second, and more insidious factor, is the perception that the British state school system is failing. And it is this that Gove is most able to harness for popularity. Even since Tony Blair’s “Education, education, education” speech, the narrative on state education in Britain has been that it is struggling, and in dire need of reform. Reform is finally coming thick and fast from Michael Gove. The time for a measured approach to reform has, it seems passed, and the responsibility for this should be laid at the feet of the previous Labour government. For now it seems that the Secretary of State can do no wrong - although the Swedish might beg to differ.