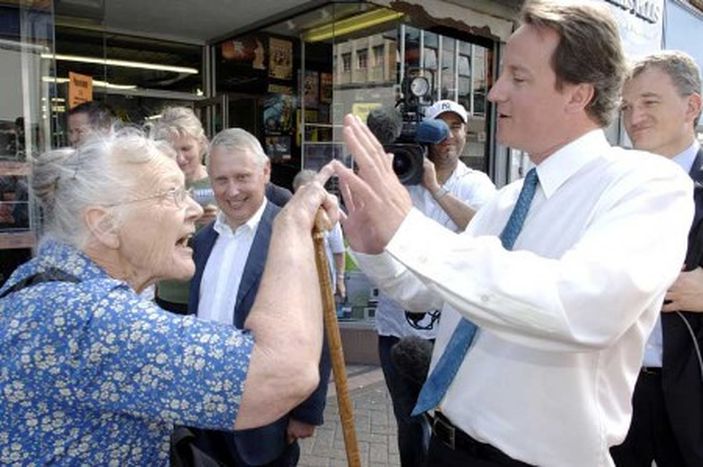 Tories in EU: is David Cameron more conservative than your grandma?

After abandoning the ranks of the European popular party, the British conservatives threw themselves into a hunt for new allies who share their growing euroscepticism and rejection of the Lisbon treaty. In Spain, they support a minority party of catholics and ultra nationalists called the 'Alternativa Española', compiling a neat lonely list of ‘friends' in the whole of Europe.

‘The position of Europe unites the Tories and the model of the EU that we want; a model that respects the sovereignty of the member states,’ says Francisco Torres. The historian and professor is spokesperson for Alternativa Española (AES). The far right party in Spain has allied with the British conservatives at the expense of its traditional partner, Mariano Rajoy’s popular party (Partido Popular, PP).

To help each other with their common objectives, David Cameron's party did not hesitate to ask the around 800, 000 Brits in Spain to vote for the AES. It’s a small formation led by Rafael López-Diéguez. His father-in-law Blas Piñar is the honorary president. The latter was an MP during the Spanish transition of Fuerza Nueva (New Force, FN), a succession of Francoist parties, which also includes current leaders of the AES.

To clarify the position, British conservative MEP Daniel Hannan used his blog in The Daily Telegraph to ask for AES votes. The call leant the party prominence in the English language, especially for non-native residents on the Mediterranean coast and the Canary Islands, where there is a large community of ex-pats. In the blog, published on 11 March, the Spanish- and French-speaking Hannan mentioned that one of the reasons for voting for the AES was his opposition to both the Lisbon treaty and to the euro, their non-implication in cases of urban corruption (which is logical as they never had public representatives), as well as the promise of Spanish training to guarantee free healthcare aid for the Brits. Meanwhile, in the hunt for the votes of UK residents, the AES opened up a blog dedicated exclusively to them. It celebrated events in Mazarrón (in Murcia) and Alicante, which has another large English community (in 2007, Brits made up a quarter of its foreign residents, which stands at82%- ed).

For the PP, their traditional allies, the Tories’ position provoked a mix of both fear and outrage about the prospect of losing the English vote, in elections that they considered to be vital in order to establish themselves as a real option for the government, especially after two consecutive defeats against Zapatero’s socialist party in the nationals. Despite the support of the conservatives, the AES only won 20, 000 votes in the June elections. This only represents 0.13% of the total. Although the figure is a historic first, it’s still far off the the 300, 000 extra votes needed to obtain representation in Spain. 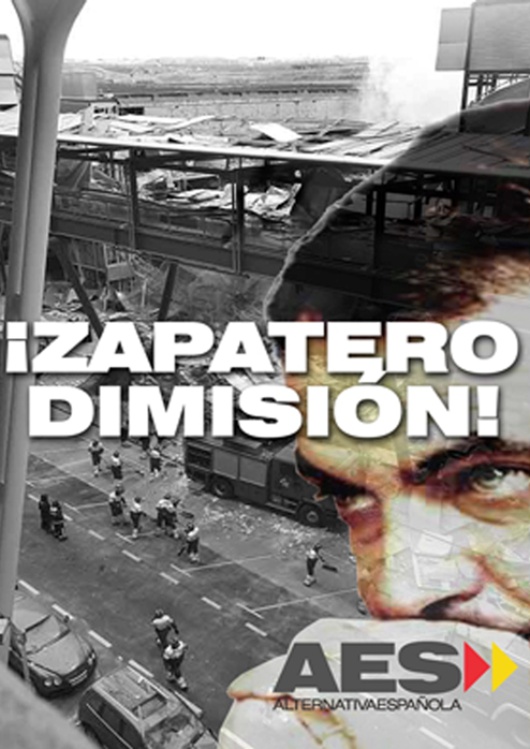 The defence of national sovereignty when faced with the risk of the creation of a ‘supra-state’ is another of the links of the union. ‘We need a Europe that respects national democracy and the independent parliaments of the member states,’ said Hannan when the Tories left the EPP to join their new eurosceptic friends. Put together, these parties go from claiming that ‘homosexuality is a disease’, like the law and justice party of the Kaczyński brothers, those who deny the reality of climate change, like Václav Klaus, a heavyweight of the Czech civic democratic party (ODS), and parties like the Latvian fatherland and freedom party, where some voices support collaboration with nazism. Cameron prefers these leaders to the Rajoys, Merkels, Berlusconis and Sarkozys of Europe.

However, a loss of seats could bring down the European centre right, which is threatened with an end to its hegemony. It hasn't prevented the fact that, once again, they are the largest political group in the European parliament after the collapse of the left (in the European elections in June 2009, they won with 264 MEPs in a 736-seat strong parliament, the socialists dinging in with 161 seats as the closest competition - ed). Only the future will tell if Cameron has chosen his travelling companions well. At the moment, it's clear that this new inclination will give take away some of the weight of the Brits in Europe.

*The group of conservatives and reformist Europeans consists of the following numbers of MEPs: