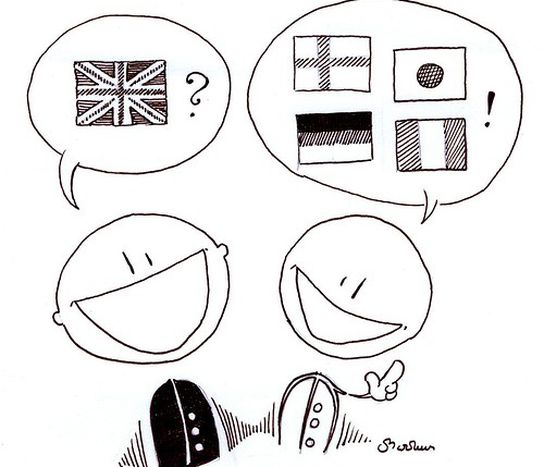 Too much English spoken in Europe?

The European Day of Languages on 26 September has prompted some to ask whether we need to re-assess the dominance of the English language in Europe, and in the European economy. Should there be a linguistic tax on English speakers? 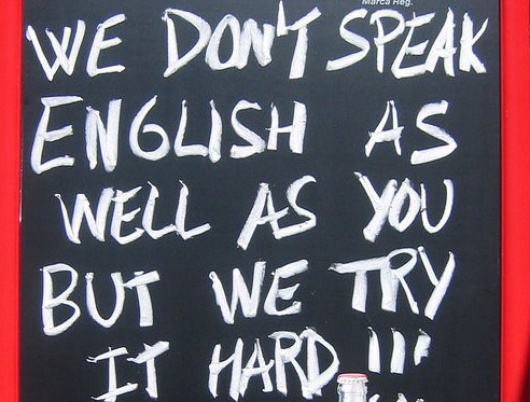 The European Day of Languages provides an excellent opportunity to draw attention to the issue of linguistic fairness in the European Union. So what is the problem? In Europe’s linguistic landscape, English is the most widely-spoken foreign language amongst European citizens as well as being the foreign language most widely taught in European schools. The continent as a whole therefore finds itself in a situation where a minority of the population (more or less the total populations of the UK and Ireland), have the huge advantage of this large and increasing number of potential partners in communication, but do not contribute in any way to the costs of teaching English incurred in other countries.

The UK profits from its ubiquitous language

The dominance of the English language, therefore, allows the United Kingdom and Ireland to considerably reduce their own spending on foreign language teaching, thus saving large sums which can be invested elsewhere. It is estimates that these savings combined with, amongst other things, profits from the sale of material for teaching English (in Europe alone), earn the UK between 10 and 17 billion euros (7.85 and 13.5 billion pounds) each year. Furthermore, native English speakers have the significant advantage of being able to use their mother tongue in situations where there is debate or conflict and English is used, whether it is at a European commission meeting without interpreters or an international scientific conference.

So how could non-English speaking countries be compensated for this in the immediate future? First of all, action could be taken against the ‘British correction’, that is to say the economic benefit to Great Britain which costs the EU about five billion euros (3.98 billion pounds) a year. This sum could instead be used to expand the EU’s translation and interpreting services or to subsidise agencies who offer editing services for non-native speaking researchers publishing their work in English. Secondly, it has also been suggested that changes should be made to intellectual property law, regarding European patents, for example. Non-English speaking countries should demand the right to access intellectual property produced in English, whilst paying significantly lower prices than their English-speaking neighbours.

The author is a member of the Economics, Languages and Training Observatory (ELF) at the University of Geneva - www.elf.unige.ch

Translated from Troppo inglese in Europa