Thomas Kolster: Advertising for the eco-revolution

Most people are used to the concept of sustainability, but don't necessarily connect it to the word communication. This is precisely the field in which Thomas Kolster specialises. Author, public speaker, "inspirational leader" (according to the Huffington Post), he is also the founder of two green-branding projects: The Goodvertising Agency and WhereGoodGrows. We meet him at Place to B in Paris.

Thomas Kolster studied advertising but, as he explains, he never had the intention of turning it into a career. It was during the 15th edition of the World Climate Summit in Copenhagen, the capital of his native Denmark, when he started to formulate his professional future.

"I realised that some of the messages being sent out by companies at the conference were quite 'stupid', probably not the best they could have come up with," he explains, "I realised I could take action through the field of advertising, but in a way that was more related to my personal values."

Even if previous editions of COP where disappointing in many ways, Thomas was able to take something positive out of it. He is still sure they present "a great opportunity to get people involved in environmental issues." He does not expect COP21 to end up like a "big theatre" where people forget about the environment as soon as the curtain falls. He hopes it will "leave a sparkle", just as it did in his case. 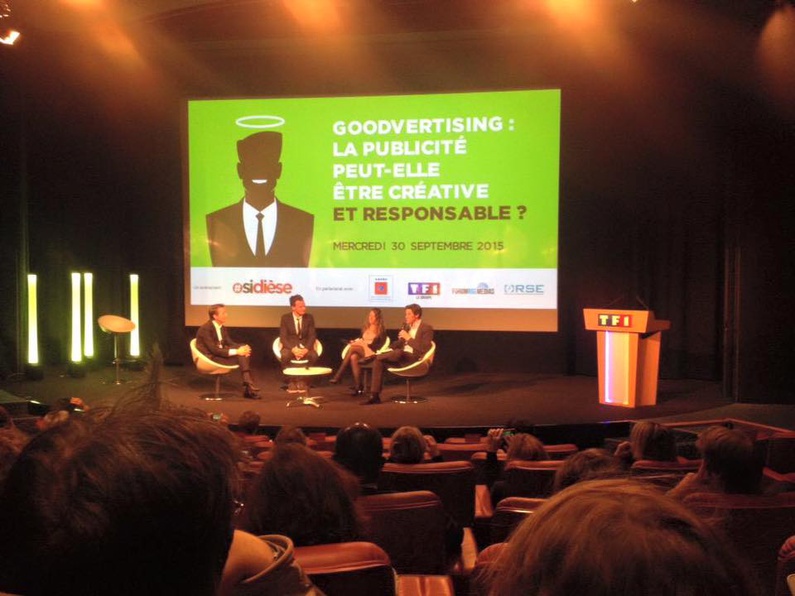 That's why he created Goodvertising and founded The Goodvertising Agency, with the intention of helping small companies and NGOs move into the field of new media in an advertising context. He is also the founder of the WhereGoodGrows platform, a set of good practices in marketing designed for sustainable initiatives: "This was a dream I always had," he explains, "I wondered, seeing as we can recycle nearly everything, why couldn't we also reuse advertising campaigns?"

With this in mind he created an online licencing system, in the manner of creative commons, through which non-profit organisations can benefit from successful advertising campaigns used in other countries. "The problem is often that these organisations don't have that much money to invest in advertising," Thomas says, "But if they could reuse those campaigns that are already known to work, they could make their messages relating to, for example the environment or women rights, reach more people."

That's one of the aspects of his job he enjoys the most: "Helping change people minds." Indeed, he is in Paris to participate as a speaker at Place to B, a meeting of like-minded experts that runs alongside COP21. Discussing his role as a public speaker, he states that: "It is fascinating to find out how many people, including young people, are sensitive to issues of sustainability, and who also remind companies of the kind of content they don't want to see. That's what Goodvertising is about, being aware that we are part of the discourse that makes our planet a better place. Brand should also be a part of that conversation.

"Having faith, and feeling that your voice matters, is what we should start with," Thomas concludes, "We just need one word to start a revolution."