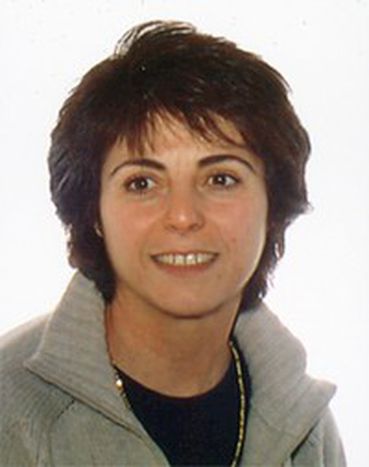 “This is not a European Intifada”

The rioting in France has caused media hysteria in Europe about ‘problem areas’ and disadvantaged youths. Riva Kastoryano, an expert on identity, ethnicity and immigration, tells café babel why the unrest took place and how it is unlikely to spread.

The prolonged disturbances caused by French youths of immigrant descent in ‘ghettos’ surrounding France’s major cities has led Europeans to ask themselves why this has happened, afraid that the riots might spread elsewhere. Riva Kastoryano, a professor at the Institut d'Etudes Politiques de Paris and an expert in European identity explains the current situation.

What are the reasons behind the unrest in the French suburbs?

The main problem is the social and spatial immobility which exists in these areas. The youths involved in the riots, who are mainly of North African origin, are living in the same conditions as their parents who immigrated to France 50 years ago. The second problem is that they haven’t had the chance to recreate their identity, unlike in Germany and the UK where second and third generation immigrants define their identity along national or religious lines. In France they are told they are French, but then they aren’t treated as such. This leads to dissatisfaction and frustration. The end result can only be rebellion.

But why did the unrest start now and not before?

The death of two teenagers in a Paris suburb, after allegedly being chased by police, crystallised the conflict between police and youths which has been going on for 25 years. This particular incident sparked the current riots, but it could have happened at any moment. Small riots are frequent and two or three cars are probably burnt every night in ‘difficult’ areas. The problem is that nobody noticed this before. Then the words of the French Interior Minister, Nicolas Sarkozy, made everything worse. He said that he wanted to clean out the racaille (scum), and this made the problem spread, becoming more spontaneous and violent.

What is the difference between France and other European countries on this matter?

France, together with Great Britain and Germany, has the biggest immigrant population in Europe. The major difference is that France theoretically favours republican equality, which means ‘assimilation’ over ‘integration’, and dislikes the idea of a multicultural society. However, if we look at the political reality we can see that France has been obliged to accept that it is a multicultural society, for example by recognising different cultural organisations. In the UK and Germany this contradiction does not take place. In the UK, someone can belong to a Muslim community and be accepted by the British State. Likewise in Germany, a Turk remains Turkish no matter if he has acquired German citizenship. The problem in France is the conflict between traditional rhetoric and political reality, which creates a lot of confusion.

Do you think these youths share a common culture which could mean the riots spread elsewhere in Europe?

What I have noticed through my research is that there are similarities among disadvantaged youths in Europe. They listen to similar music, they wear the same clothes, they communicate using blogs, they watch the same films and share the same aspirations. But this doesn’t mean that tomorrow all of them will start rioting. For example, in Belgium and Germany there was some unrest following the riots in Paris, but it died out pretty quickly. In different countries they might share common social problems which unite them, but every community reacts differently and locally to their difficulties.

Is there a connection between the situation in the suburbs and terrorism?

Absolutely not. The media might want to claim this to make stories more interesting, but this is not a European Intifada. Fortunately, religion has been kept out of the debate. Indeed, imams in the suburbs are helping the government to mediate with the rioters. The only politician to have made an inopportune comment linking the riots with Islam is the Turkish Prime Minister [Recep Tayyip] Erdogan, who blamed everything on the French law banning girls from wearing the Islamic veil in school. However, it would be an enormous mistake to link these riots to terrorism. This is not a religious conflict.

Could the strengthening of EU citizenship represent a feasible solution to the problem?

It could help as we could then have Europeans of French origin as well as Europeans of North African origin. We can then move away from the national perspective and create a more inclusive European form of citizenship. What is really needed is a change of mentality and a will to accept an evolving European society.