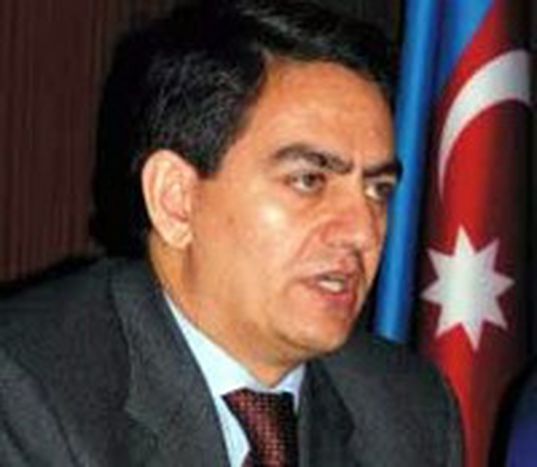 “There remain significant obstacles to free and fair elections”

Ali Kerimli, leader of the Azerbaijan Popular Front Party, spoke to café babel just before the elections in Azerbaijan. Although the Opposition has come up against many obstacles, he believes there is hope for change.

Ali Kerimli has been campaigning for the political reform of Azerbaijan since his student days when he set up the Yurd (Homeland) movement, which became part of the Popular Front of Azerbaijan. He is currently chairman of the Azerbaijan Popular Front Party, part of the opposition Azadliq bloc which has accused the government of rigging the November 6 elections. Here, he explains why the elections were unlikely to be free and fair, a prediction which seems to have come true.

What is the main problem regarding the November 6 elections?

The composition of the central election administration remains a significant obstacle to free and fair elections, given that the chairmen of the country's five main committees are all members of the current ruling party. [As a result,] the presidential elections in 2003, as well as the local elections of 2004, were neither fair nor democratic. Access to the electoral roll is restrictive, and we have no way of verifying duplicate or multiple entries. In the past, known opposition voters have not even appeared on the register. The Organisation for Security and Co-operation in Europe (OSCE) election observation mission released a report expressing serious concerns regarding the election process and made numerous recommendations for further improvement. However, the authorities did not agree with most of the findings and consequently implemented few of their recommendations.

How is the Opposition dealing with this failure to reform?

The opposition parties are organising a very active campaign, including many meetings and going door-to-door to explain our policies and programme for the country. The most important step forward is that the Opposition is now united - we have come together as a coalition and we will have one candidate fighting each constituency. However, Ali Hasanov, a presidential aide, has decided that the opposition may stage demonstrations only in locations allocated by the mayor's office. Thus, whenever we want to organise an event, they send us to a remote area of the city, making it very difficult for us to address the people. At our meetings in October, the government tried to intimidate participants and even used force against our supporters - almost 200 people were arrested and injured. The authorities have warned in recent weeks that they will use force to prevent opposition groups from staging what they call "provocations" against the government during the final weeks leading up to the vote. This illegal ban cannot stop our battle for a democratic campaign.

How is the EU influencing the drive for reform?

An important motor for reform in Azerbaijan is the country's membership of the European Commission's European Neighbourhood Policy (ENP). I believe that the future of Azerbaijan lies in Europe. I have often been accused of representing the interests of the West and not the interests of Azerbaijan, but I truly believe that our future lies there - as a European country. The EU should continue to involve itself as needed with the Azerbaijan government in order that it may implement legal and institutional reforms, especially in the fields of human rights and freedom of assembly.

What is the role of youth in Azerbaijani politics?

Young people are becoming politically active in Azerbaijan. Having watched events unfold in Ukraine and Georgia, where young people played an important part [in the peaceful revolutions there], the government is suspicious of any youth participation in politics. Recently, Ruslan Bashirli, the head of a youth organisation called "New Idea", was arrested on charges of plotting to overthrow the Azerbaijani leadership at the instigation of Armenian intelligence agents. Also Sarvan Sarhanov, another member of the same organisation, was called in for questioning and had his face beaten after refusing to give a false testimony. These arrests are part of a government plan to intimidate the opposition. Their goal is to artificially draw attention to other issues and to distract us from our struggle for free and fair elections. These provocations, these attacks, these psychological campaigns and blackmail attempts will not succeed in diverting us from our struggle.

What is the situation regarding the media in Azerbaijan?

All TV stations are under the control of the government. Only one network has pursued impartiality, but now they are under a lot of pressure, and even their regional radio station has been forced to shut down. There is a channel outside Azerbaijan which supports the opposition, but the government has taken precautions to avoid transmission in Azerbaijan itself. All journalists find themselves under tremendous pressure not to criticise the government. Cases of abuse, threats and attacks on journalists are numerous and the situation is worrying. One journalist [Elmar Huseynov] was killed 7 months ago. He was the editor of a weekly magazine [Monitor]. Everyone believes that the government was behind it but no investigations have been made. Furthermore, another two journalists were gravely injured on October 9. We expect pressure from the international community on the government to urge them not to use force against their own people. Developments in Georgia and Ukraine have given hope and courage to the people that change is possible.