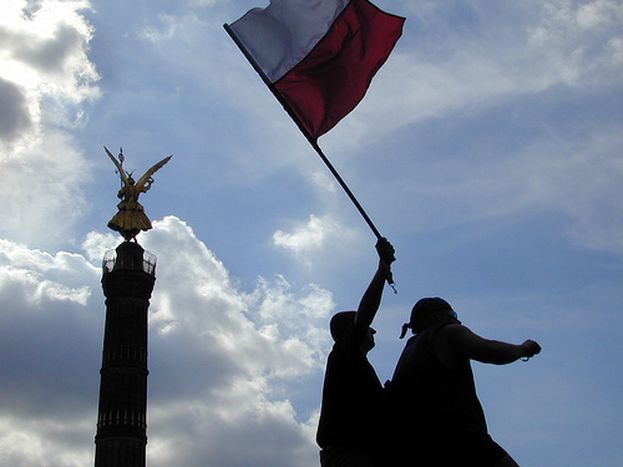 'The Wonderous World of Laundry': forgiving free market in Berlin and Warsaw

The global credit crunch has quickly established it self to be a test of European solidarity. The government in Berlin faces a particularly difficult challenge as 2009 brings them the presidential elections and the elections for European parliament. This is also the time to fulfil the promise of opening up the German labour market to the ten new EU states, including Poland.

Will pre-election fever deal with the ever-increasing unemployment on both sides of the Odra River – without compromising the strong relationship between Berlin and Warsaw?

The importance to the public of the issues mentioned above became clear at the Hans Chrisitian Schmida film premiere of The Wonderous World of Laundry. It tells of the life and work of Polish laundresses who are employed by a company belonging to a German businessman. What is the secret of its success? Isabel, A philosophy student from Hungry tells me that she 'came to see how a German made a film about Polish people.'

Wash your own dirty laundry 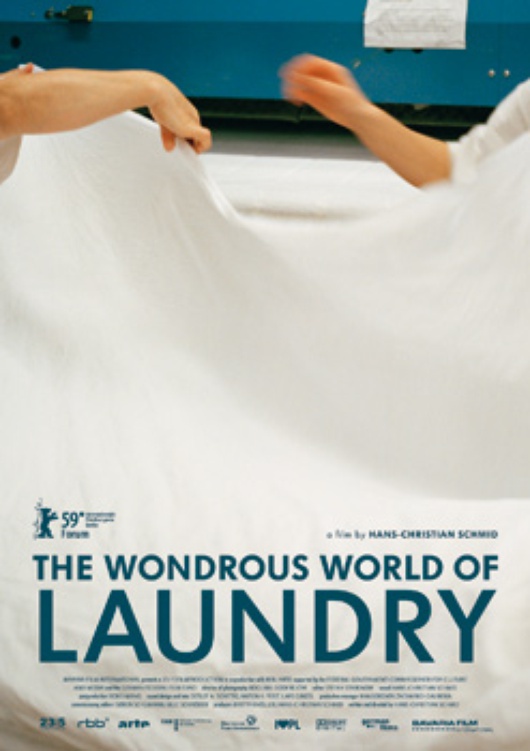 In the film, we observe the extraordinary journey of laundry across the German-Polish border; the dirty laundry from the best German hotels. Amid the rustle of clean sheets and deafening sound of washing machines, Schmid has intertwined tales of a woman’s dreams and fears. There was a mixed reaction from the German audience, ranging from the admiration of the director's artistic eye to the disbelief of the validity of this phenomenon and finally, to the protestation of the free market, blaming everything on European bureaucracy. Andreas came to the Berlinale from Munich. 'Maybe this is not an outstanding film. But it’s a good job that is was made because for me. As a German I am having strange moral feelings knowing that I sleep on sheets, which during the night go all the way to Poland, because in my country it is too expensive to wash them.' Alicja, from Szczecin, is in Germany as part of the Erasmus student exchange programme. 'I don’t know what all the fuss is about. After all, this is how the free market functions and the EU relies on this. It’s the same principle as going into Turkish cafés and shops in Germany; we do it because it is cheaper!'

German entrepreneurs are not alone in their participation of profiting from a cheaper work force from outside of their own country. European law has been constructed in this way and therefore, businessmen use this reasoning in their international business dealings - especially at the moment, in times of a credit crunch. Just as the owner of Fliegel-Textilservice says with disarming honesty: 'I am not doing business with Poland, but with all of Europe.' The purpose of creating the EU came from the desire to have equality and strength in solidarity between the old states; it was not drawn from reaping the benefits of economic gaps between individual countries. 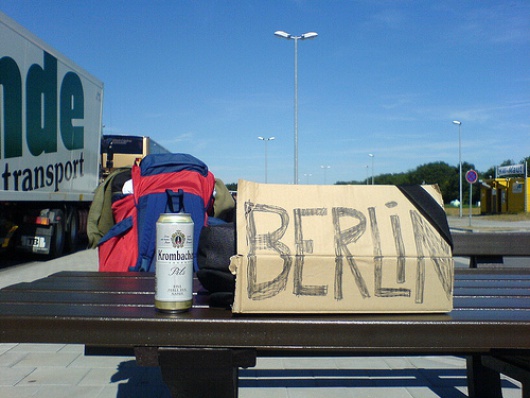 Remember that countries have the right to maintain a ban on employment for the new member states for five years. That is in line with the 2004 ‘treaty of accession’, which determines the principles of expanding the EU with the ten new countries from the ‘old European world’. In May 2009, Poland would have been in the EU for five consecutive years. Under the treaty, only extraordinary circumstances would result in Poland not having the right to work in these countries over the next two years. During these times, Germans are taking care in the ongoing economic crisis. The unemployment rate in Germany is already increasing to 7.9 %. This is also the intended argument to be put forward in Brussels, justifying an unfavourable decision for Poland.

How will the Poles react to this? It is no secret that relations between the two countries are rather strained. The financial support given by chancellor Angela Merkel's government in order to build the controversial the centre against expulsions (of Eric Steinbach) and the recurring question of compensation for the land lost during WWII seem to not have any effect on improving relations. On the other hand, the Polish government as of yet have not taken any action to stop the prejudice and distrust towards its western neighbours. The idea of Radosław Sikorski, the Polish minister of foreign affairs, was to create a ‘united awareness of European history’ by opening a museum of Polish – German relations in Berlin. It was only a diplomatic gesture, which would most likely have had no effect on relations between the nations. The collapse of the world markets was experienced in Poland also; unemployment reached 9.7% and many companies are predicting more job losses. The prospect of recession in other European communities has forced many Poles back to their homes. The German and Polish politicians have a hard nut to crack, but let’s remember that the electoral campaign could work wonders… 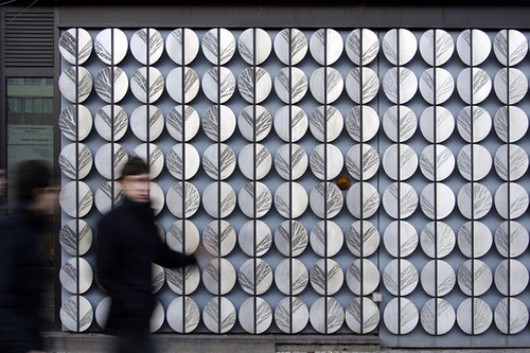 Hans Christian Schmid did not aim to make a ‘political film', and he certainly did not expect any response from politicians or the government, even though the premiere of The Wonderous World of Laundry coincided with campaigning before the European elections. So will the German labour market open its doors to the Poles before the end of the year? Hans Christian Schmid replies, 'It’s a strong possibility, which was more or less the promise of the EU – to live and work in alike environments. On the other hand, I have read about the protestations of English workers against the Poles and I understand their argument. It is a very complicated and complex matter; it’s the responsibility of our politicians make the decision. Do they want to completely open the doors to the labour market or take a few steps back from it?' It would be difficult to disagree with his statement, that the best way is to improve the situation is to have alike economical conditions in EU countries. To make sure that cheaper labour or emigration to other countries is not worth it financially. It is all of course, a question of money and a free market.