The women of Ribnovo - the last of the Pomaks

High in the mountains of Bulgaria lies the village of Ribnovo, whose population is overwhelmingly Pomak: a group of Bulgarian-speaking Muslims whose traditions date back to the Ottoman Empire. The mayor estimates that around 70% of the working male population have left to find work in western Europe, leaving the women to make do by themselves.

On a cool July day, Fikrie Sirakova prepares her two children for Quran readings at the mosque. She carefully wraps an embroidered blue headscarf around her daughter's blonde hair and fastens her shalvari (trousers). The phone vibrates as they leave the house, and a dark-haired man appears on screen. "I want to say hello to my little princess," chimes Sirakova’s husband, Jamal, who has been working in London for the last five years. Sirakova, 36, is one of the many women in the Bulgarian town of Ribnovo who've lost their husbands to unemployment.

"Now all the weight is on women's shoulders," says Sirakova. "It is essential that we take over our husbands’ duties." 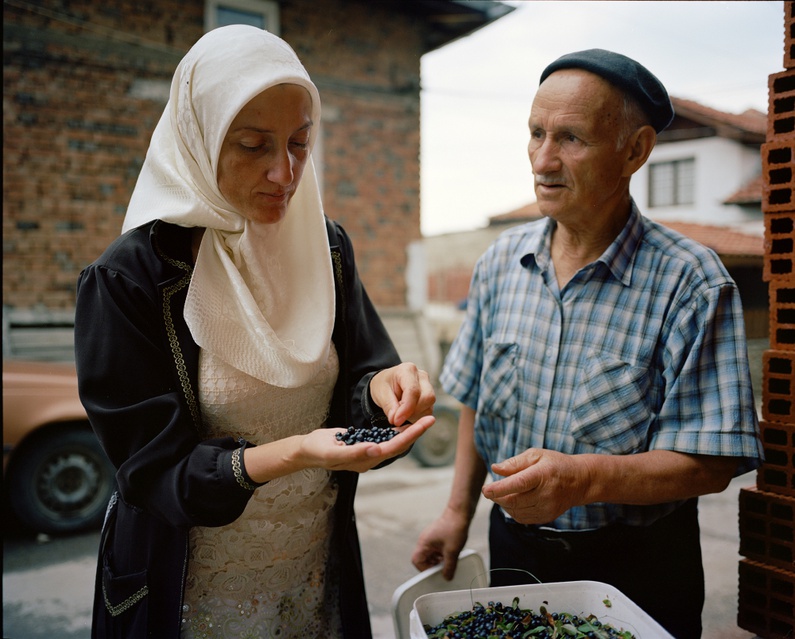 What was once a thriving insular community has begun looking outwards for financial support as global economic trends have wrecked family farming. Joblessness, it seems, has brought about a new wave of female leadership in Ribnovo.

Kristen Ghodsee, director of Women’s Studies at Bowdoin College, says that years of communism paved the way for matriarchy in Ribnovo. "Communism enforced gender equality as a principle of modernity," she says. "Pomak women had to work outside of the home, thereby lessening their dependence on men. If you compare gender relations between Pomak villages in Bulgaria versus those in northern Greece, you will find the Bulgarians are more emancipated."

The Pomaks are Bulgarian-speaking Muslims who converted to Islam during Ottoman rule in the 14th century. They have lived largely isolated from the rest of Bulgarian society for decades because of the stigma that casts them as "traitors." During the era of communism, Pomaks were stripped of their names and given new Bulgarian ones by force. Today, most have reverted back to their original names. 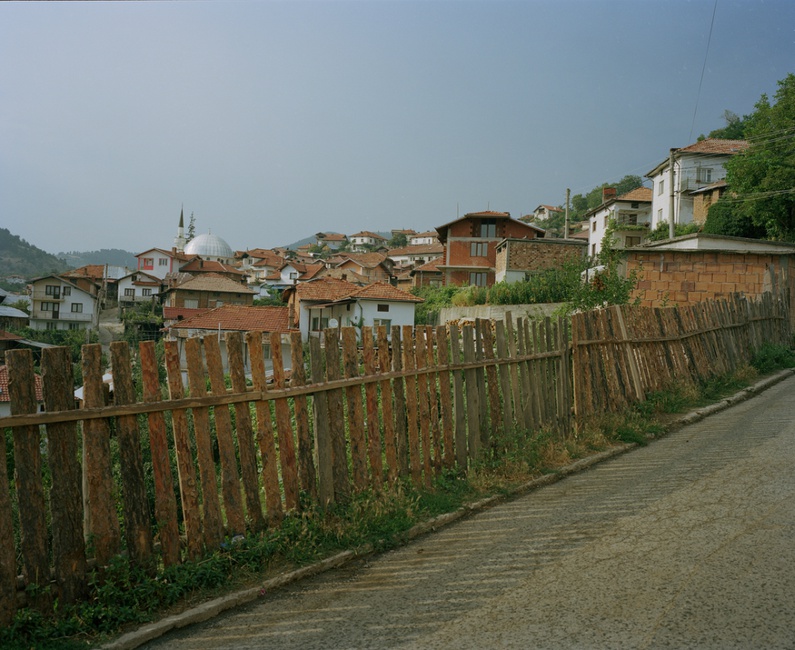 Sitting atop the Rhodope mountains, Ribnovo is 210 km from Sofia and a stone’s throw from Greece. The town, hidden from plain sight, has only one beaten track leading in and out. On the approach, a large turquoise minaret pokes its nose from behind a hill and as the valley opens up, dozens of women in white flowered headscarves can be seen working the pasture.

Ribnovo is one of the oldest and most famous Pomak towns, earning international notoriety for its large and flamboyant weddings where the bride’s face is painted in white talc and dotted with sequins (a process that takes a whole day).

"Our customs today are the same as those of our great-grandparents," says Sirakova, opening a wooden crate full of decorative fabrics. "We make and wear the same flowered headscarves, the same colourful shalvari and the same long blue robes." 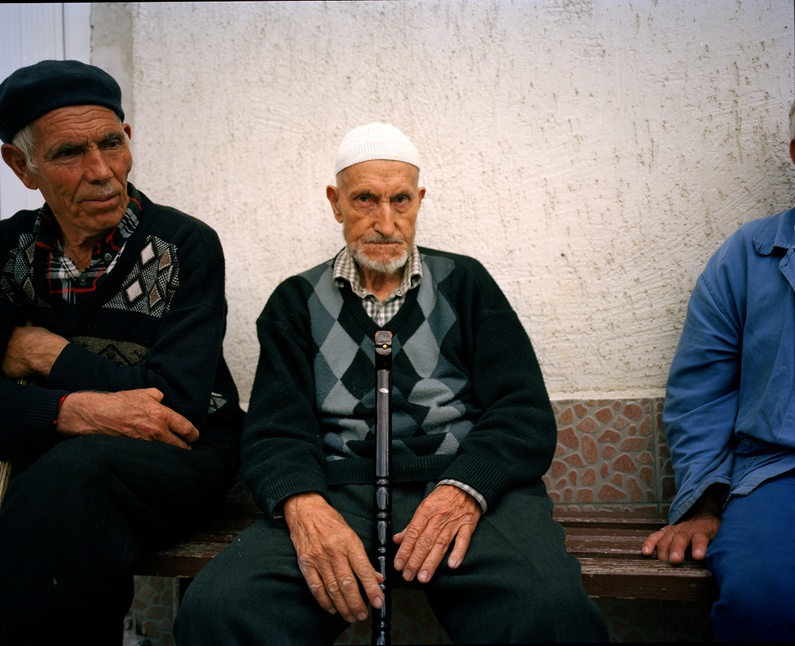 For generations, the people of Ribnovo made a living by cultivating and trading tobacco. After the 2008 financial crisis, however, markets across Eastern Europe took a turn for the worse. Although Bulgaria has now largely recovered, the tobacco trade never reached the same levels of prosperity.

Today, Pomak culture is endangered by mass exodus of villages, with poverty and unemployment as the biggest threat to tradition. But Ghodsee says globalization and the pressures of European homogenization are also important factors.

"The irony is that in Bulgaria, both the pre-war monarchs and the communist Politburo were desperate to assimilate the Pomaks into mainstream society," Ghodsee says. "After decades of failed attempts to eradicate Pomak culture, capitalism and democracy are finally succeeding where authoritarianism had failed."

In an attempt to salvage a desperate situation, Ribnovo’s mayor, Feim Isa, convinced the largest employer in the region — a German textile company called Roman — to set up a factory close to the village. The move only secured around 200 jobs.

"About ten men and 190 women work in the factory," says Isa. "The others have no choice but to look elsewhere."

Sirakova’s husband left the country in 2012, when their daughter was just two years old, and now lives and works with his brother for a construction company in southeast London. The move was originally supposed to be temporary, but as time passed and things in Ribnovo did not improve Jamal found himself beginning his fifth year abroad.

Walking the steep hills of the town, it is customary to greet every person with the inquisitive line "Where you going?" followed by "Where’ve you been?" If anyone should hint at the slightest trouble, you stop what you are doing and attend to their needs — be it unclogging a toilet, retiling a roof, or chopping firewood. 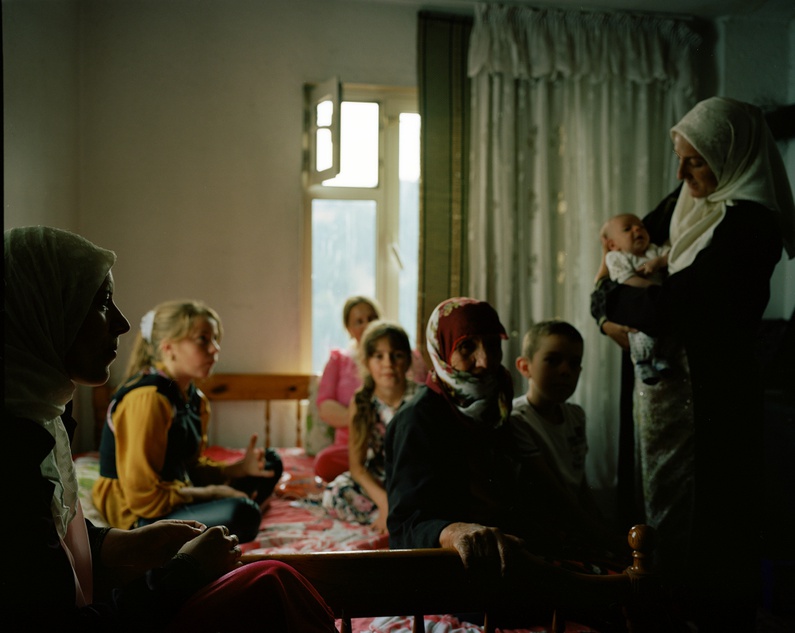 At night, the Sirakovi sisters, like many other women in Ribnovo, have dinner together with their children. The small round tables are spread in a traditional Turkish manner, with several meze plates including pickled cucumbers, black olives, fried cheese, flat bread and tea. Unlike Fikrie, her sister-in-law Atidje thinks there is no hope for Ribnovo, and plans on moving to London in the next few years.

"I doubt that the traditions will survive. In ten years time Ribnovo will no longer be. The youth is running away and their future outside [of Bulgaria] is much better," Atidje says.

At the start of January, Bulgarian youth unemployment stood at 23%, just below the EU average. However, between 13,000-24,000 people leave the country annually, resulting in a "brain drain." According to the Bulgarian National Institute of Statistics, 55% of those who leave are aged 20-29.

Atidje’s 15-year-old daughter, Gultena, studies in Sofia. Unlike her mother’s generation, who were married at 17, more young girls are looking beyond the walls of village protection and are choosing to discard their traditional Pomak attire.

"I don’t want a wedding like everyone else. I want to do it my way. I want the white dress!" Gultena says. 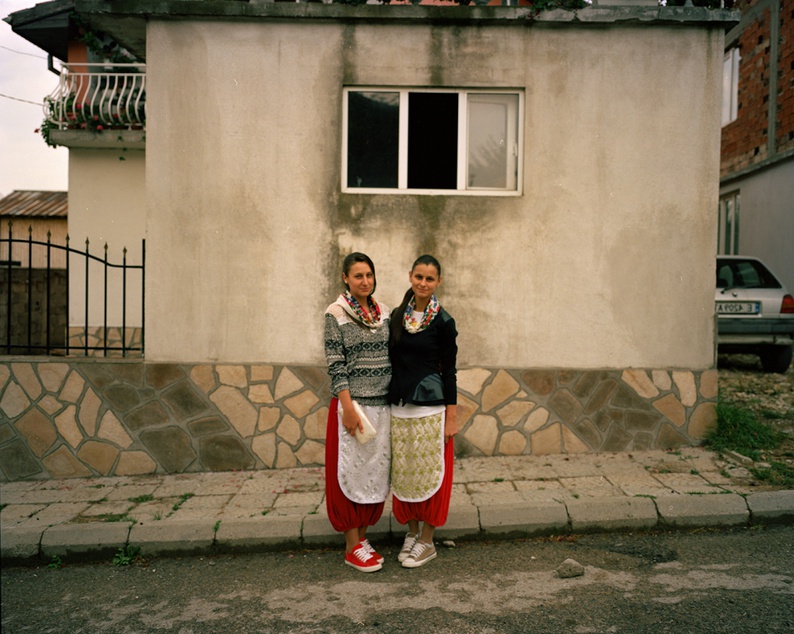 Not everyone is keen to break from tradition. Nabie Boshnakova, a feisty 18-year-old with a sharp tongue and a baby at her breast, says that she likes the traditional dress and proudly wears it even when abroad. She believes that those wanting to look more "European" are the reason for the demise of her culture.

Although her husband works in the cherry fields in Spain, Boshnakova says this is only a means to an end. The narrative of Eastern Europeans wishing to escape for the west, she says, is untrue, and if the government provided more jobs for its people things wouldn’t be this way.

"Of course they are eager to come back," she adds. "Wherever they go, here is best. They will come back, but they need to work a little more."

Pomak traditions are largely tied to their remote landscape. In Ribnovo, villagers cultivate an orange flower called tutur, which is used in perfumes and oils. Many practices have their roots in Ottoman tradition, which paradoxically, are lost from modern Turkish life. The ancient Ottoman way of weaving has continued despite modern yarn and dyeing techniques, as Pomak women have refused to let the craft die.

"Women keep the traditions alive," says Fikrie Musankova, 33, the owner of Ribnovo’s main shop. "Regardless of the representation of Pomaks in the [Bulgarian] media, the women are very independent and integral to the preservation of culture."

It is unclear whether Pomak folk songs, crafts and attire will last into the next decade. However, what is for certain is that a changing European Union has affected even the most isolated of societies. 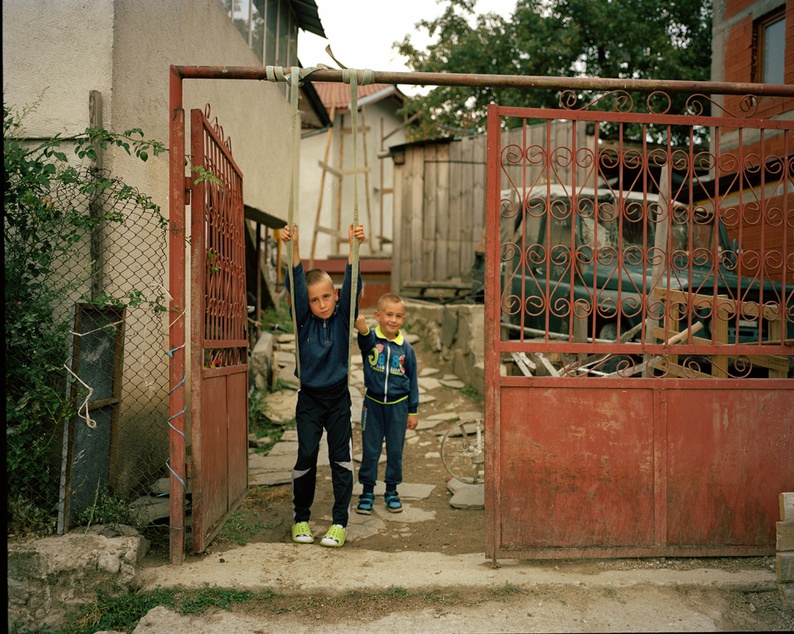 Filibe Djurkin, a 56-year-old medic, believes it has become harder for the Pomaks in Bulgaria because "the recent wave of refugees has aided a misunderstanding of the faith." At the height of national tensions over migrants last summer, Djurkin was called a "Taliban" by a Christian mother in a nearby city.

"We might be Pomaks, but Bulgaria is still our home," she says. "I am a Bulgarian woman who identifies as a Muslim."

As Bulgaria heads for a parliamentary election on 26 March, anti-Muslim and Turkish rhetoric runs high. But the women of Ribnovo are choosing to ignore politics.

"If I could change anything it would be for our men to return to Bulgaria," Sirakova says. "So families can be together and Ribnovo can continue to thrive."