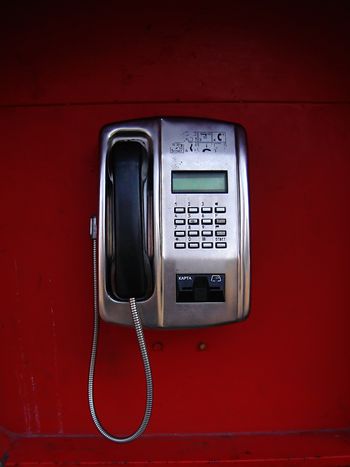 The Use of social media by Georgia's Main political parties

Facebook is the main social media platform used by Georgian political parties for their campaigns, and personality cults reign both online and off.

Social media is an important tool for political party campaigns worldwide. Blogging and micro blogging has become the newest way to mobilize support among the electorate, and it is used by many politicians and political organizations worldwide. Georgia is not an exception.

In regards to social media use, Twitter is not very popular in Georgia and political parties, as well as other local commercial organizations, prefer to spend more time on Facebook. Unlike in other western European countries in which politicians have become avid 'Tweeters', many Georgian politicians don’t use twitter at all.

After the October elections the website of the UNM underwent some changes and incorporated the UNM blog. The blog is used to discuss the ongoing political and economic issues faced by Georgians today. The structure of the blog suggests that individual authors can write articles and have their own blogs on the party website, but no such blogs exiss yet. The blog also offers the possibility of adding comments, but the activity of the website users is still quite low. The new website offers a forum based on an Invision Power Board engine but there too, you barely see any discussions going on. It almost seems like the forum and the blog failed to become fully integrated into the UNM's internet campaign.

The same, however, cannot be said about the Facebook pages of the parties. These can be assessed on two levels – first, the pages of the party and the youth organization of the party which are quite active. And the second, the individual pages of the members of the UNM for example, the presidential candidate David Bakradze’s official page.

The main Facebook page of the UNM shares both relevant news and announcements, and information about the Party members' press conferences. The Facebook page is connected with the UNM's official Youtube page, which also contains announcements and updates about press conferences. The party youth organization is more active and the content on the page is more detailed. The information available is usually about political news relevant to the party.

The official Georgian Dream website offers several blogs too. The content varies, and includes everything from the video blogs of the party officials and supporters, to discussions about international politics. Unfortunately, it has been noted that no new posts have been added after September 2012. Based on the inactivity of the blogs on the two main parties' websites, it can be said that blogging is a very underutilized social media tool among Georgian politicians.

Unsurprisingly, the Georgian Dream Coalition has a Facebook page too. Just like on its party page, the posts on the official Facebook page offer news relevant to the coalition's activities. The page is connected with the Youtube and Twitter accounts of the coalition leader, Bidzina Ivanishvili.

The main tool for voter mobilization and engagements is not associated with the party but the individual politicians. Because the political parties in Georgia are based on personalities, the personal pages have more weight than the party Facebook pages. For example, the Georgian dream coalition is liked by 31k, while official page of Bidzina Ivanishvili, the leader of the coalition, has 131 K likes. The official page of the UNM’s main presidential candidate David Bakradze has 4 times more likes than the party’s official Facebook page, and the audience seems to more active too.

As was mentioned above, the use of twitter by the Georgian parties is limited. The UNM twitter account is Georgian only and has only onethousand followers, and the GD twitter account has only 21 followers. That is compensated for, however, by the popular personal accounts of the members of the Party, and especially by its leader's popularity. This is also largely due to the unpopularity of Twitter in Georgia. Indeed, only those specifically interested in social media know about Twitter in Georgia, and it is not the best tool for promoting ideas, politics or product on a local level.

Georgian political social media, just like the Georgian politics, is based on personalities rather than parties and ideas. For the politicians, Facebook is the best platform to mobilize support and Twitter is barely noticed. Unfortunately, there is no room to discuss the smaller parties’ use of the social media but in Georgia, like in the other parts of the world, culturally progressive parties are usually more active in social media, while conservative parties sometimes lack an online presence.