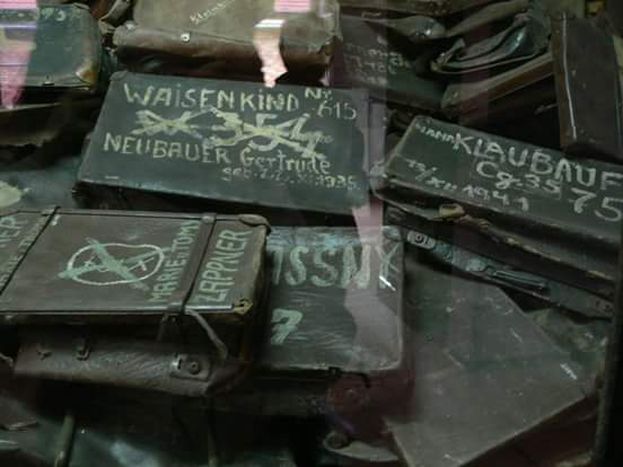 The Train Ride of Horrors

The first piece of news I started the day with is that Hungary is tricking Syrian refugees into boarding trains that will take them to concentration camps. I don't believe it. It can't be. This can't all be happening. It must be a bad dream that we are going to wake from.

The first piece of news I started the day with is that Hungary is tricking Syrian refugees into boarding trains that will take them to concentration camps. I don't believe it. It can't be. This can't all be happening. It must be a bad dream that we are going to wake from. That, or we have no hope. I can't help it. It makes my blood run cold. My mind travels thousdans of kilometres. I remember my visit to Auswitchz-­Birkenau and that horrendous discovery: the Nazis tricked the Jews, promising them that they were going to go to a better place, that they were going to escape the ghettos, they even sold them tickets! Whoever, like me, has seen those tickets, those empty suitcases, that huge room filled with hair, cannot bear this news. I keep crying everyday. I can't understand how we carry on with all that is happening at our front door. I admit it, I am incapable of reading the news about the refugees, I can't breathe. I think of that Polish winter that is fixed in my soul and I don't want to know anymore. I try to protect myself this way. But the horror is much bigger. It is always much bigger than we can imagine. Everyone talks about Aylan, but I do't want to talk about it, I only want to cry for him. Cry until there are no tears lefts. Even then I would like to go out in the streets and yell: Have you not realised what is happening out there? Have you no heart?

“World peace cannot safeguard itself without creative efforts comparable to the dangers that threaten it. The contribution that an organised and living Europe can bring to civilisation is essential to maintain peaceful relations”, this is how Schuman's declaration started when he launched the idea of the ECSC, the organisation that in time would give birth to the EU. The Nazi horror had shocked the world and Schuman thought that a united Europe would guarantee peace. He was wrong. The EU is an embarrassment. They preach about Human Rights here and there, but they impose abusive comercial treaties with those who screw the poorest citizens. They violate one of the international rights recognised by all those countries who call themselves “civilised”: the right to asylum. They make people illegal only because they exist. It gives in to economic interests and finances it at zero cost to the same banks that devestated the lives of its citizens. And it has forgotten the horror. This EU does not help us. We don't want it.