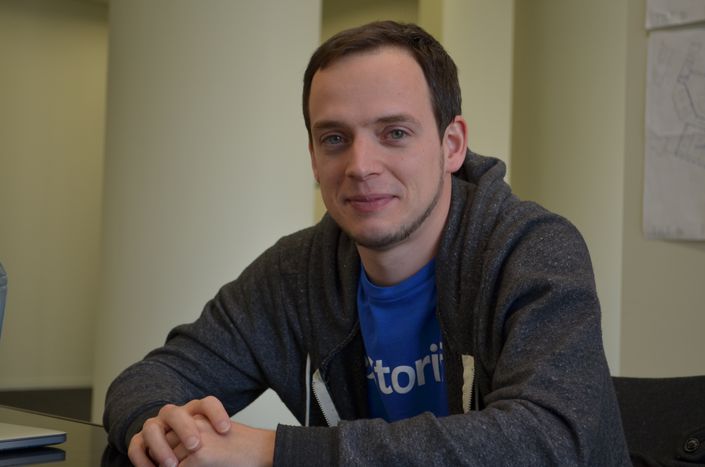 The Story of Storify

Dy­namic, di­rect, friendly and chatty - this young all-in-one en­tre­pre­neur doesn’t hang around. Xavier Damman, founder of Storify, knows what he is talk­ing about and ea­gerly elab­o­rates on the sub­ject with hu­mour. He is very much at home with telling his per­sonal story, in­vari­ably with the de­sire to in­spire the next gen­er­a­tion of en­tre­pre­neurs.

Just as his career and experiences have developed, so has The Xavier Damman project. This young entrepreneur tells us about his two passions: technology and citizen journalism. His goal? To give the people a voice. This is why he started the “Tribal” project, a magazine which gives young Belgian citizens a chance to make their voices heard – at its peak, 30,000 copies were produced.

At that time he could already knew he was part of something bigger. He wanted to use new technology for citizen journalism. The idea came to him when he was doing Erasmus is Madrid and came across Twitter;  “I was one of the first users; I realised that it enabled us to share everything that goes on in the world.”

Although he didn’t know it at the time, he was embarking on a project which would lead to the creation of Storify. But as is so often the case, he needed money to get him started and he couldn’t find it in Europe. Determined and resolute, he decided to move overseas to the Silicon Valley, in San Francisco.

Driven by a desire to overcome disappointments, he had hardly arrived on the West Coast, yet he was already living a real-life “success story”. Storify was soon used by the largest American media outlets and the White House. Xavier later decided to sell his business, but remain very much involved, since his priority today is to ensure that “the baby is getting on well with its new parents”.

Xavier Damman is now committed to businesses and wants to pass the following message onto the younger generation: “The world is a village, so go wherever you are going to be most successful”. He wants to show that the business sector is a natural ecosystem. Young entrepreneurs have to go to places with the best possible conditions.

In this natural system, Xavier maintains that government 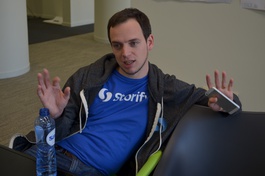 subsidies in Europe are counterproductive, “it's just papering over the cracks”. As far as he is concerned, businesses have to adapt to their geographical location and be able to develop a specific product for a market. “If you are a musician, go to Berlin, if you love robotics, then go to Tokyo, if you're into aeronautics, Toulouse is the place to go.  You should just stop battling against nature.” The rationale of “make things happen where you can succeed” took Xavier to Silicon Valley. However, his passion to engage in and to serve as a speaker for all generations inspired him to try and give a chance to those who can change society.

New Information Technology has altered the shape of journalism and Storify has contributed to this change. But even if the citizen journalist has diversified available sources of information, the professional journalist won’t disappear. Xavier believes these two different forms of journalism will be able to co-exist.

“Journalism's new challenge is to make sense of, to explain and to provide a context for bits, tweets, Instagrams, posts from millions of sources provided by members of the public. Changes in the online world have repercussions on the real world, particularly in the case of the Arab spring and the Green Movement in Iran.

According to Xavier, this is just the beginning because "new technology gives power back to the people, and provides the necessary means to establish the democracies of tomorrow.