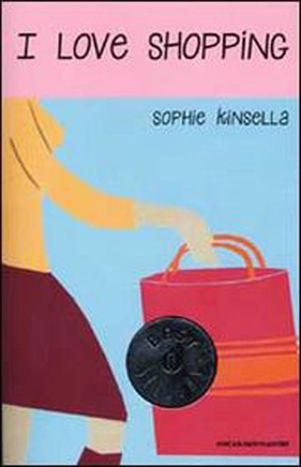 It affects more women than men and more adults than teenagers. There are those who are unable to live without it; those who would like to, but can’t … the pleasure and pain of the ‘agreeable syndrome’ which is affecting Europe.

Shopping mania: raise your hand if you have been affected by it at least once in your life … on your own, in company, to celebrate an exam, a birthday or because you just felt like buying something - even if it was useless or not essential.

It isn’t that difficult either; your credit card magically slides out of your wallet and ends up in the hands of the cashier and voilà, the deed is done! This may not cause financial problems if you are buying non-branded clothing or things costing a couple of euros from a market stall. Of course, if the object which has the difficult task of gratifying you is a dress from Dolce & Gabbana, the latest mobile phone or a Gucci bag, it is a different matter. But either way, this is defined as ‘compulsive shopping’ or ‘obsession to buy’, as the famous psychiatrist Kraepelin put it in 1915 (it is also thanks to him that Alzheimer’s disease gets its name): the pleasure of buying changes into a proper addiction which creates feelings of guilt, embarrassment, stress, problems with relationships and at work, family and marriage difficulties, not to mention serious money problems.

The 2004 report from Caritas Italiana – Fondazione Zancan shows that this phenomenon also affects Italy, where “between 1 and 8% of the adult population are affected by compulsive shopping”, and they consist above all of “35 to 45-year-old women.”

Buy if you want to be happy!

The experts in this sector give different explanations for this compulsion: we shop for necessity (“I’m buying it because I need it”); for pure hedonism (“I’m buying it because I want it”); to follow the fashions (“I’m buying it to be ‘cool’”); or, to quote one of the many key psycho-analytical writings, “I’m buying it to substitute something which I need or is missing in my life”, “I’m buying it to make me feel better”, etc. These last reasons for unchecked buying of unnecessary things have been interpreted in various ways. Lejoyeux calls it “a strategy put into practice for alleviating an underlying state of depression”, in other words, a simple or immediate way of combating “sadness, loneliness, frustration or anger” and so changing them for “happiness, a sense of power and competence”. Faber and O’Guinn call it an instrument “to raise self-confidence and combat frustration and a depressed mood”, resulting from a lower level of serotonin, a substance produced by the brain which controls impulsiveness and mood in general. Meanwhile, Pasca describes it as camouflage “protecting oneself from a known fear with a pleasurable rite. For example, behind the mania for buying clothes, which affects almost always mostly women, there could be an underlying fear of seeming undesirable and unattractive.”

Shopping, not only for women

But while it is traditionally women who have been affected by compulsive shopping, recent studies have shown that men have also learned to use and squander money on things which are very often useless and expensive. Research done by Professor Koran of Stanford University shows that “In first place for objects bought during ‘shopping frenzies’ by women are clothes, followed by cosmetics, shoes and jewellery: all things concerning image. Men, on the other hand, prefer symbols of power and prestige like mobile phones, notebook computers and sports equipment.”

If people persist in seeing shopping as a feminine illness, then it is better to do this while laughing. Shopping maniacs can recognise themselves in the ironic manias and weaknesses of Becky, the young big spender in Sophie Kinsella’sShopaholic Series. Retail Therapy by Amanda Ford is also recommended, which, between amusing anecdotes, through tests for self-analysis and a check-list, tells readers how to shop with more awareness.