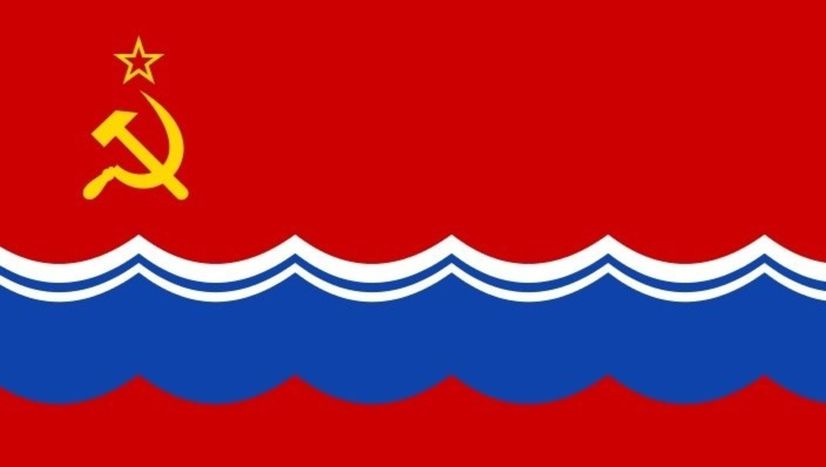 The russification of Latvia

Journey through a country divided among Russians, Russian-speaking, pro-European and non-citizens, technically stateless people since 1991

Baltic world is mysterious, suspended between Europe and Russia, tortuous, complex, difficult to understand. Divided between Russian-speaking minorities, hardened nationalists and impetuous pro-European. It is tormented from its inside, between those who regret the Soviet Union and those who want to believe that it has never existed, those who consider language and religion a national question and those who not. It is consumed by the incessant internal war between those who turn to Moscow an those who turn to Brussells. It is oppressed by a difficult socio-economic situation, but here alcohol and poverty can’t fade the power of the magic world that animates these woods.

Today Cafébabel has the opportunity to interview a lady concerning the russification of Latvia.

Can you tell me about Latvia before and after the Soviet Union?

The country is always the same, populated by the same people, the Latvian. The Russian presence has heavily changed these areas of course. There were a lot of importations during the Stalinist period. Hundreds of thousands of Russians arrived within a few years. The inflow of foreigners didn’t stop with Chruscev too. They came from everywhere:  Urals, Caucasus, Siberia. The Soviet plan didn’t work, in fact even  in these times, moreover in Riga and Latgale it’s not clear if we’re in Latvia or in Russia. During the ‘50s and the ‘60s increased its industrial capacity, production grows up to ten times more between 1940 and 1961. But agriculture and livestock were decreased , the plan aimed to divide the lands, with long consequent exile experienced by the Latvian expropriated, didn’t work. It was produced less milk, less meat and less vegetables than in the years before war. My compatriots living in the countryside, went to the capital to get every kind of foodstuff. Self-sufficiency died to let the great Stalinian “agricultural plan” spread.

The country has never get over neither  the suffering caused by the Gulag nor the poverty that we’ve been forced to. The problem is evident still today, we’re one of the countries less developed in the European Union. We’ve three hundred thousands Latvian and Russian-speaking “non-citizens”. Those with the “violet passport” and not green, we call them as such to distinguish them from the other. Some people say they don’t deserve the citizenship because they miss Soviet Union and sympathize with Putin and they’re against the values of a democratic and progressive Latvia, others say that we’re living a great injustice, a unicum in Europe. Technically we’re talking about stateless people, excluded from some professions and from the right to vote, prevented from travelling as their “compatriots” do, in the Schengen area. They’re ex Soviet citizend, nepilson or “non-citizens” since 1991. Right now, there’s who wants to naturalize them and who believes that it could be one of the biggest mistakes in the current opening and integration project of Latvia in the European Union. Things are complicated by the slight difference between those who are ethnically Russian and those who are Russian-speaking because is too much trivial believing that all those who speak Russian are against our republic’s democratic values.

In 2012 there was a referendum to make Russian the official language. The promoters lost it and Latvian remained the only official language of our little country. Baltic culture raises again its head, takes back its traditions and values. Because we’re neither Russian nor European, we’re Latvian.

It’s one of the main antisoviet propaganda newspapers around the ‘60s and the ‘70s. If you wanted it you needed to know someone who has a copy and secretly meet him. The diffusion to Riga that was the heart of the Latvian movements for indipendence, was pretty large. It was quite weak in the countrysides of Latgale and more frequent in the area of Cesis and Sigulda. On the other hand, even today, there’s almost the 90% of Latvians compared with the 60% of Riga, the 44% of Rezekne and the meager 20% of Daugavpils that has earned the epithet of Little Russia. This newspaper had a main aim, protecting the language, the nation and the Latvian culture. In 1959 the obligatoriness of Latvian language in the school, has been suppressed. Thereafter the mere fact of speaking our language represented an act of protest against the regime. However it would be an historical fake affirming that Russian replaced Latvia totally. Mother tongue is hard to kill.

Were you in the communist party?

We were almost all in the Party until the middle of the ‘80s. Students, professors, employees in the public administration. It was hard to escape. Then with the Helsinki group, Solidarnoch and Atmoda, things have changed.

The complete form in Latvian is Latviesu Tautas Atmoda, they called it in english Singing Revolution due to a spontaneous antisoviet demonstration which took place during a concert in Tallin in 1988. It was an important movement of national liberation, very operative during the ‘80s. It turned out to be crucial for the achievement of the independence in 1991. It fought, as many of us, against all the bans imposed by Moscow. It also stated the importance of the Swedish, German and Polish’s heritage in the Latvian culture. Nowadays this heritage has been forgotten due to the russification imposed. This movement appeared in Estonia but it was active in every Baltic state.

On the 14th of June 1987, day of the anniversary of the deportations made in 1941,the monument  of Riga dedicated to Latvia freedom  was filled with flowers in coordination with the group of Helsinki. This forbidden event represents the beginning of the uprising against the USSR which had already been weakened by the Perestroika wanted by Gorbachev. Cinema, art, literature: everything was considered an act of disagreement and rejection against the regime. The case of the “Riga’s group of poets” was famous. They were deportated because they had “forbidden material”; poems and novels, moreover written in French. If you’re interested in these stories go the KGB museum of Riga, it was opened recently and it includes important stories and memories.

The 23rd of August 1989, it was the fiftieth anniversary of the Molotov-Ribbentrop pact, a 600 km human chain linked three Baltic capitals. That symbolic demonstration was fantastic. You could see that we were all together against the Soviet Union from Tallin to Vilnius.

We liked english and the forbidden radio station Voice of America, created in Washington in 1942 and active in the Soviet countries since 1947. During the ‘60s it was very popular among the Latvian dissident. We met in the basements to listen to it, sometimes in the original language, sometimes translated. Even though we didn’t even care about what they said.

We didn’t know exactly what was happening in London, Rome, Paris but we felt as the world was there, in the big capitals of the west. We wanted Rock and miniskirts too. But, moreover we wanted something that at that time seemed impossible to have, freedom.