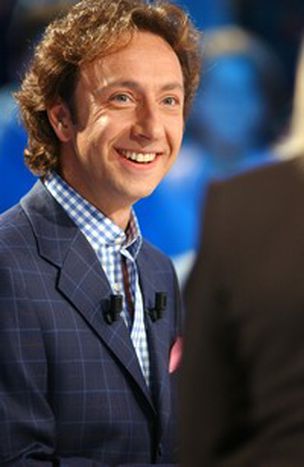 “The royals are more in touch than the politicians.”

French journalist Stéphane Bern, an expert on monarchy, analyses the reasons for their popularity and their longevity: a good lesson in politics

Stéphane Bern is assistant editor-in-chief of Le Figaro’s section for women, a commentator on the radio station France Inter and a TV presenter. The 43 year old describes himself as “Tintin reporting from the palace.”

So why are monarchs not more behind the times?

Basically European countries that have retained a monarchy are increasingly interested in them because these royal families have been able to move with the times. They have done so in contrast with other political institutions (such as the French Senate), which have remained stuck in their old ways. Monarchies have also rejuvenated themselves and their bloodline through increasingly democratic younger generations – albeit by marriages between the royal heirs and aristocratic ‘Cinderella brides.’ This serves to bring the myth of poor Cinderella who became a princess back into circulation. It’s the stuff of pure fairy tale. There has also been a change of attitudes. Just look at the Norwegian prince Haakhon, heir to the throne, who married Mette-Marit, a former teen single mum. This has more impact than any sexual equality legislation Parliament may pass.

Do these marriages not threaten to push royal families from their pedestal and thus put an end to them?

We have been predicting the demise of monarchy for 1,000 years! Our view of it is outdated and warped. A royal family will only fall when it is no longer in touch with the people and the deep aspirations of the country.

Do you also see the same change of attitude in England, where Camilla Parker Bowles, despite being a divorcée, has finally married Charles, after being his mistress for 34 years?

These changes are even more distinct in Great Britain. The royal family is clearly more in touch with changes in the public’s attitude than Tony Blair, the head of government. The Queen, for example, has decided to live a little more simply. She is giving up Kensington Palace and turning it into a museum, pays taxes like everyone else and has even got rid of some of the fleet of planes made available for her use; this while government ministers are using them like a taxi service. It’s one rule for one and one for another. The royal family has become humbler and more modest at the same time as several books have come out criticizing the Blairs’ lifestyle and illusions of grandeur. The royals are more in touch than the politicians.

Does this mean that Europeans are becoming royalists?

No, these are two different feelings. As soon as we start to talk about royalty we are in the realm of fantasy, irrationality and the very depths of the collective imagination. On the other hand there is evidence suggesting that monarchy is significant to a large degree. In Belgium some opponents of the king criticize him because he is the last bastion of a unified Belgium. Flemish separatists are passionate about seeing the end of ‘Belgium.’ We can’t continually attack royal families and at the same time say that they don’t mean anything! The same is true in Spain, where the population is not royalist but “juancarlist”. When the Spanish king visited France his popularity was evident. What politician in the world today, after 30 years in power, can boast such popularity? As for the French, they too like their princes - but always of the foreign variety.

What do you think of the humanitarian commitments of the royals?

They are essential! They are the only true justification of monarchy - other than their political role of course. Take Queen Sophie, who traveled to Saudi Arabia and Africa to be at ill children’s bedsides; the Swedish royal, Sylvia, who has always been committed to children’s rights and who has campaigned for the UN to vote through a Charter for the rights of the child. Princesses spend their time in hospices, hospitals, nurseries and retirement homes. They are ideally placed to see people’s distress firsthand and they certainly understand what these people need. As for the politicians, they only go to see people when they want something in return, i.e. their vote. It’s incredible what Prince Charles, through his Prince’s Trust, has done to help young unemployed reintegrate into working life.