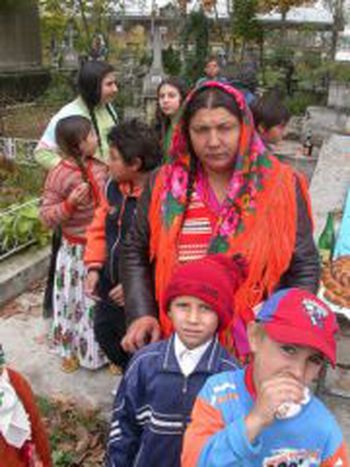 The Romani Nation: a political myth?

By Christophe Cung. Translated by Leo Wasley The integration of the Roma population is once again on the agenda of the Summit of the European Council but how is this "transnational minority" actually represented within institutional relations?

In 1971 in London an attempt at bringing together and creating a representation for the Roma community took place on an international level for the first time at the Congress of the International Romani Union. That same day the flag of the nation was adopted; it would not represent a country but an entire people, which was in itself new. At the centre of the flag is a wheel or chakra, a symbol for the road and travel. But what is striking is its more obvious similarity to the flag of India, reminding us that the gypsies’ origins can be traced back to the Indian subcontinent. That flag, however, was conspicuously absent during subsequent meetings that took place on the international scene.

It is only recently that the agendas of the European Union have begun to include controversial discussions concerning those "travelling people."Forty years after the first formal meeting, which tried to define in some way who the Roma people are, few innovations have been recorded concerning how to represent them politically. Given that all people are shaped by a national history, this community remains an exception, since it still lacks a true legal authority. In theory, there are a few political groupings of gypsies, such as Euroroma or Roma Party but it is striking to note that in central and eastern Europe, a region that still holds a special place among the community, where 95% of the Roma population are unskilled labourers or peasants, there is a total absence of popularly elected Gypsy flag bearers. Thus, in Bulgaria, which should be the politically ideal home of the nation, there is no longer any political party representing their interests, unlike their fellow citizens of Turkish origin.

Probably inspired by a neo-liberalism en vogue, policy makers and European institutions seem to have invented a political myth: that of the "Roma nation" as a transnational European minority. By the end of this European Council, the new categorization of "Roma migrant" will only have contributed to animating the debate.