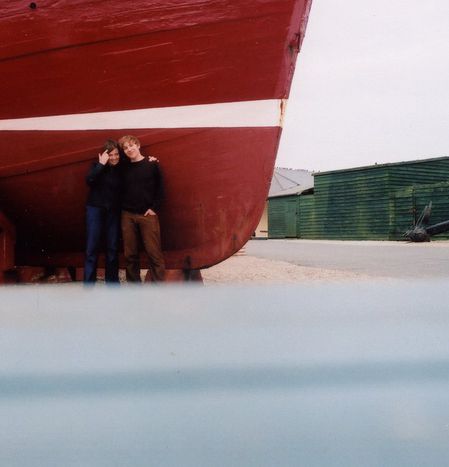 The Pastels: 'Most bands from Scotland now have beards'

It's the band's first time at Rock en Seine in Paris. The cult Glaswegians released their long-awaited new album at the beginning of a summer which will see the latest album of their kinmen, Franz Ferdinand, drop at its tail-end. Optimistic Stephen and Tom provide some refreshing soundbites on fighting subculture and their time in the music industry over the last 17 years

Stephen McRobbie has a soft Scottish drawl, but doesn't think it's strong enough to be misunderstood. I bite my lip as I try not to imitate it back to him. I also bite my lip not to be the ass who says Iwasn'tevenbornwhenyoustartedyourband! Because that's a dumb thing to say about a band who, whilst they are not scaling the peaks of fame, belong to a cult hall of fame. Indeed the question I put to Stephen in the heat of the August sun, in the middle of an unhealthy-looking field on the periphery of the capital, is how this renewed fan base is going for a band created in 1981, and whose last album was in 1997. It brings up all sorts of disturbing official answers - we haven't really toured, we can't really tell from sales. So, how are The Pastels  doing today?

'For a sixteen-year period the core of the group was myself and (drummer) Katrina Mitchell and (bass player, keyboardist) Anabel Wright,' says Stephen, who is tired after his morning stint stuck in the traffic of northern France. 'Now The Pastels also consists of Tom Crossley (keyboardist, member of International Airport) and guitarist Gerard Love.' We look to Tom for confirmation. 'Stephen and Katrina are doing the main songwriting, they have the main ideas,' he explains, before Stephen jumps back in. 'He feels like the third voice in the group. Everyone in the band is really inventive; it's not prescribed. Tom and Gerard have been playing with us for so long now, they know the sounds.' So everyone's like a good old piece of furniture then. 'Modular furniture,' laughs Stephen. 'The group's in a good place. There's been times it's been too occasional, and it's quite concentrated now. I hope we could do some more stuff without leaving it too long again.' 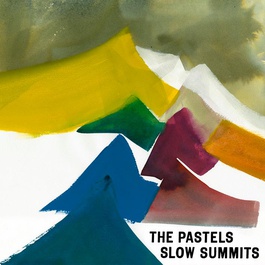 The band have received good reviews for their latest album Slow Summits, which comprises mellow moods and a light-handedness to its work, and which has always been of a pleasingly melodic flavour. You know The Pastels are folk to be respected if they've ever worked with someone with the stature of Pulp leading man Jarvis Cocker. 'Well, Jarvis needs to be stalked,' comments Stephen when I tell that him I have oft followed their one-time collaborator around Paris. The band is open to future collaborations. 'The six of us (including members Alison Mitchell and John Hogarty - ed) might do something small with the Ghost Box guys, a little label in the UK. We also received an invitation from Dirty French Disco, a sound system in Paris, to come here maybe and record.'

Have The Pastels ever united forces with the best of the Scots to form a supergroup? 'There's a lot of beard music in Scotland right now, we're not a part of that,' laughs Stephen. 'We're friends with Mogwai, Teenage Fanclub, Franz Ferdinand and Belle and Sebastien (the latter two groups are also playing today; a Scottish flag duly flies around the crowds - ed). It's a nice, strong music community,' continues Stephen, reminding me of what the frontman of The Whitest Boy Alive claimed about Bergen's musical creativity potential in Norway compared to say, Berlin. 'Glasgow is the most important city for music,' says Stephen. 'Things usually feel like a meeting place for a while and then they change, because younger people don't want to...yeah it must be awful – you want to forge your own identity. When we were a young group, when I was starting, there was much less to join in with so we had to make our own things. There's opportunities now but the most interesting things always take you by surprise, they come outside of what you expect. Nurtured music is not always the best. It's better to be an outsider.' 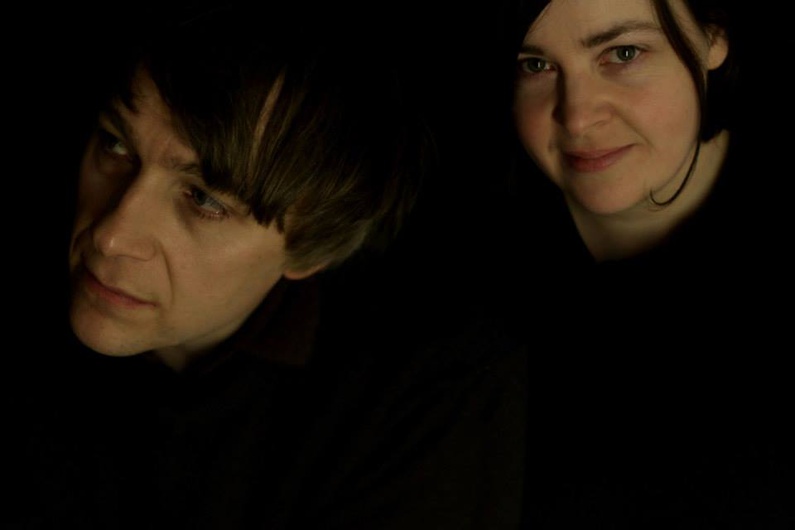 The Pastels have had their own playground since 2000 with their label Geographic. It perfectly shows their independence of spirit as a band of our times. Geographic is an imprint within Domino Records (also home to Franz Ferdinand), a sort of 'friends of' the band circus featuring 'Tom's group', Lightshifts, and a couple of Japanese artists. The Pastels haven't been lazy if you're judging them on the fact that the earliest they have put out an album without truly retiring since 1997 is 2013; in 2009, they collaborated with the duo Tenniscoats, and made their mark on Japan. 'It was a good opportunity cos no-one knew their music. I got into Maharshallowhashbaz,' - he pronounces it extra slowly - Maher Shalal Hash Baz  - and adds: 'it's biblical - it means if you steal something do it quickly. Use your imagination!’ As for what sounds or vibes The Pastels have taken away with them from their Japan phase, Stephen just shrugs and says they were already heading in that direction. 'Whoever you work with influences you in some respect.'

The interview ends as it began; with an ill-thrown allegation of nostalgia during the NME-era heatwave that cooked so many of Britain's leading bands and indie figureheads of the eighties and nineties. 'We're not nostalgic,' is Stephen's patient reply. 'It was a different time - we had fanzines that liked us, and NME picked up on that. They were the second stage of people that liked The Pastels. I never felt completely like we were an NME group. Something like Les Inrocks in France were more important to us. They influenced the next generation of artists for us.' So say the forerunners.