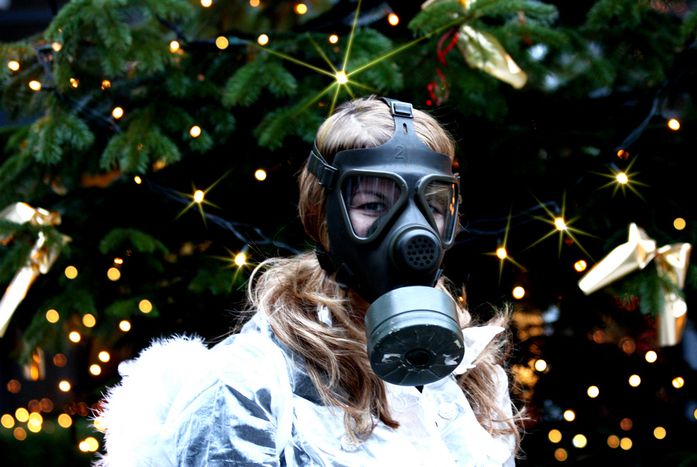 The Parliamentary Assembly is divided on the issue of nuclear energy

On Thursday 25 June, the Parliamentary Assembly of the Council of Europe discussed two reports that remind the governments of our planet of the urgency to change our energetic system.

Whereas the first report on renewable energy and environment was unanimously adopted, the second one on nuclear power and sustainable development became a subject of debate.

Controversy flared up across the benches of the Assembly. “Nuclear energy is an essential economical alternative if we want to reach the goals that were set through the Kyoto Protocol,” claimed Bill Etherington (United Kingdom, Socialist Group) – author of the report on “Nuclear energy and sustainable development.” Yet not everybody agrees with him and some parliamentarians consider his pro-nuclear ideas are too zealous. Almost a third of them insist on the fact that this kind of energy leads to a fundamental issue – that of radioactive waste management. Not only it endangers health and pollutes, but it is neither reusable or recyclable according to current technological and financial means. “What should be the advantage of such energy?” questioned a Swiss parliamentarian, member of the socialist group. “It is just like replacing C02 emissions by nuclear waste. Let us find a solution to this issue before we even support this energy,” insisted she before appealing to the Assembly to vote against the report. Her speech was applauded by the audience.

The majority of parliamentarians are nevertheless still convinced that nuclear energy is useful – especially in the current context of the urgency to stop the fossil fuels consumption (oil, coal and gas) in order to reduce the greenhouse gas emissions. Renewable energy cannot be ignored as a solution to greenhouse effect, even if it is not enough. We have to combine different sources of energy into what the experts have called the “energy bunch”. But in which proportions? That is the question. Being well aware of the huge challenge of radioactive waste, the parliamentarians in favour of this report advocate that there should be massive investments into fourth generation reactors that would replace the third generation of EPR reactors. As they are more efficient, they would help reducing the quantity and toxicity of waste. An Italian parliamentarian stands up for this new kind of reactor: “Renewable energy would never cover more than a third or a fourth of our needs. Therefore, the Italian government decided to opt for nuclear power and the new generation of plants. In this way, we will not be held hostages by those who control the gas tap.”

Nuclear power as a backup energy

However, the fourth generation reactor is still at the concept stage. According to the French Atomic Energy Commission, (Commissariat à l'Energie Atomique - CEA), we will have to wait for it to be operational until 2040 - at the earliest. And nuclear power is no renewable energy. In the end, it will run out equally like any fossil fuels. The International Atomic Energy Agency (IAEA) is expecting a significant drop in uranium production by the 2050s. The fourth generation reactor risks to be too late available in order to prevent the decline of nuclear energy. The parliamentarians did not evoke this drawback for the majority of them are still convinced that nuclear power is a solution that everybody should consider.

The debate on the interest and the long-term effects of such energy cannot be solved. Even though nuclear energy may answer our needs with less C02 emissions and at cheaper prices than those of fossil fuels, how are we going to replace uranium as soon as it is to come to an end and what will happen to the waste created during all those years? Even Bill Etherington has to admit in his report that nuclear is merely a temporary solution, which is only worthwhile for “a short length of time – 80 years at the most.”

It was almost 18:30 when the Assembly concluded. With the adoption of the report by 47 votes against 11, the parliamentarians encourage governments to develop this energy. According to the survey Elecnuc, which was carried out by the French Atomic Energy Commission, already 76.9% of the electricity consumption of 2008 in France came from nuclear power. The country beats all the international records concerning the number of reactors per number of inhabitants – According to the French Nuclear Safety Authority, there were 58 reactors for 64 million French citizens in 2008. Moreover, France ranks amongst the countries with the lowest C02 emissions. Nuclear power will indeed help reducing greenhouse gas effects by 2050. However, we still have to find a solution to the issue of waste management and to the temporary nature of nuclear energy ressources. This is barely a stopgap measure.

Read more on the subject: