The Orient Express is pulling in to the European Parliament.

Europe is reunited, and the misty-eyed politicians and commentators talk of ‘new Europe’ arriving to have her say. Will European partisan lines dominate, or will the newcomers stick together? An interesting question of competencies and political nuances. 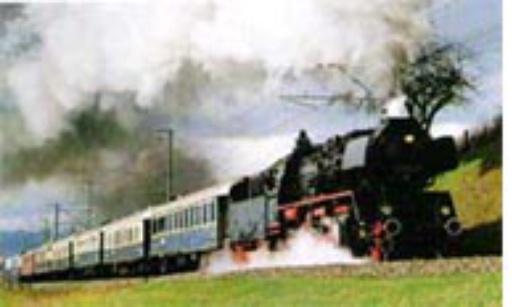 The sixth session of the directly elected European Parliament opened on 20th July with the election of a new President. The Spanish Socialist Josep Borrell Fontelles was elected with 388 votes - less than his Socialist and EPP-ED supporters have combined. The Polish former dissident Bronislaw Geremek followed closely with 208 votes, also more than his liberal supporters account for. Evidently there was a political bargain between the two biggest EP parties, the EPP-ED and Socialists. However, as the vote was secret, many Eastern Europeans are thought to have voted for Geremek. His nomination was symbolic, and the vote showed that the eight post-Communist countries have strong historic ties that go beyond European party lines. Ultimately, though, concrete political interests prevailed.

For one, dissent over the war on Iraq played a part: the French Communist Wurtz cited Poland’s support for the war in his campaign against Geremek. No doubt EU-US relations won’t be the only stumbling block in the enlarged EU, however.

Fourteen years have passed since the fall of Communism, but we still call Eastern countries ‘new democracies’ - new to European political culture. Most EP representatives have national political experience, but must now work by established European methods and reach compromises not only with national party members, but also with EP colleagues in different party groupings. Will the new countries master European political culture or will they want to do things ‘the old way’? With all that low voter turnout implies for support and credibility, 3 vice-president posts out of 14 in the CEE have given ‘new Europe’ a chance to prove itself. And though 162 delegates of 732 MEPs may not be a lot, just a few very active and intelligent people can do a lot through the Parliamentary Committees.

Let’s look a little closer at the new Europeans’ representatives in this increasingly influential EU institution, taking Slovakia, Estonia and Poland as examples.

This Central European country has voted a wide range of specialists into the EP (MPs, mayors, a manager, physician…), divided neatly among the different parties: there are eight delegates joining EPP/ED and three in the Socialist group, with three more remaining independent.

Peter Stastny, leading professional hockey player of the 1980s and now an MEP, has stressed that the EPP represents values very close to the hearts of Slovakia’s citizens. His experience of life in the US and Canada has given him a good understanding of democracy, and he hopes to use this insight to help build a stronger, more democratic and healthier Europe.

On the Socialist side, Benova Monika of opposition party SMER, who supported the rotating presidency, the one commissioner per country principle, and the mention of Christianity in the Constitution, intends to pursue regional development and foreign policy goals.

Overall Estonia has 6 seats. Whereas right-leaning liberals Toomas Savi and Oviir Siiri will join the European Liberal Democrat and Reform Party Group, Tunni Kelam (member of the Pro Patria Union) has a nationalist, Christian democratic stance and is the only Estonian in the EPP. Tunne Kelam maintains that reducing the number of commissioners would not automatically increase productivity and is also in favour of rotating presidency to ensure that the voice of 1.5 million Estonian voters is heard in Brussels.

And on to Poland…

Among Poland’s 54 deputies are prominent politicians and personalities. Some are worth watching out for; not all are success stories. Ex-Prime minister Jerzy Buzek participated in the EU talks, but left the political scene just three years ago due to criticism of his cabinet’s performance.

Poland is also home to many anti-EU voters. The Catholic anti-EU League of Polish Families, with 10 seats, strongly opposes a federal Europe. Another popular political force is ‘Self-Defence’, which challenges Poland’s terms of accession and the "Brussels system". Will the Eurosceptic parties be able to account to their electorate? Such a big country has wide representation in almost all parties in European Parliament, but numbers don’t always make the difference. Subtle diplomatic and negotiation skills are needed to achieve goals in the multi-dimensional organism that is Europe.

No doubt there will be questions of national importance taken at an EU level along country, not party, lines. But the first plenary session of the new EP has consolidated existing practices. It will be a long term for this Tower of Babel of European politicians.