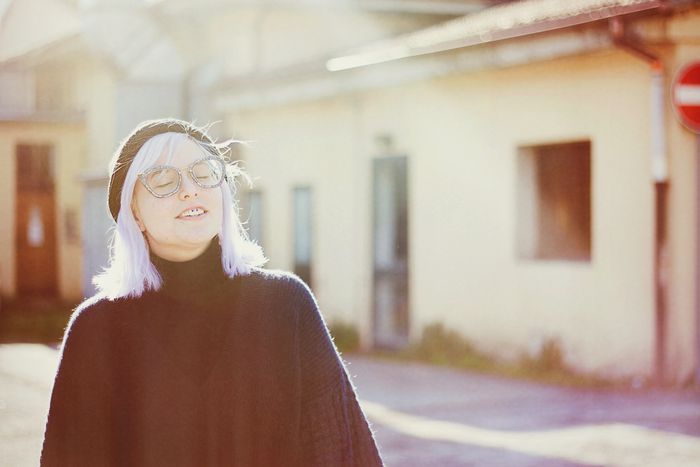 The Nostalgia of Others

Grit your teeth and get it over with. This year was a nostalgic one. In general, it seemed, Europe preferred to look back than forward. The everyday life just looks so much better through a vintage filter. What Babelians are nostalgic about and what nostalgia of others gives them the creeps? We captured the mood of 2014. 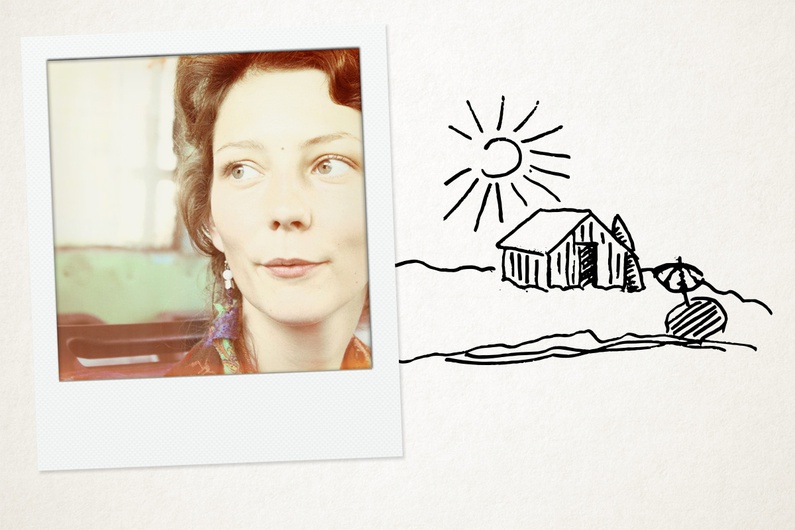 YOU - In the winter in Berlin, I think about when I lived in a wooden cabin on the east coast of Australia. On the one and only hot Berlin summer day: The hike when my toes nearly froze off in the Himalaya lowlands.  Between Berlin summer and Berlin winter: Nothing really. And the rest is a secret.

THE OTHERS - When people in Berlin say, back then everything was better. 'Back then' means the time when there were no hipsters in Neukölln and a Sterni (the local beer — Ed.) wasn't 80 but 50 cents. Strangely, this pre-gentricfication nostalgia comes mainly from the gentrifiers themselves. Most of them were not even around 'back then'. And of course, they all are regulars in the Australian coffeeshops in Neukölln. (I am not, even if I am one of those gentrifiers, too.) 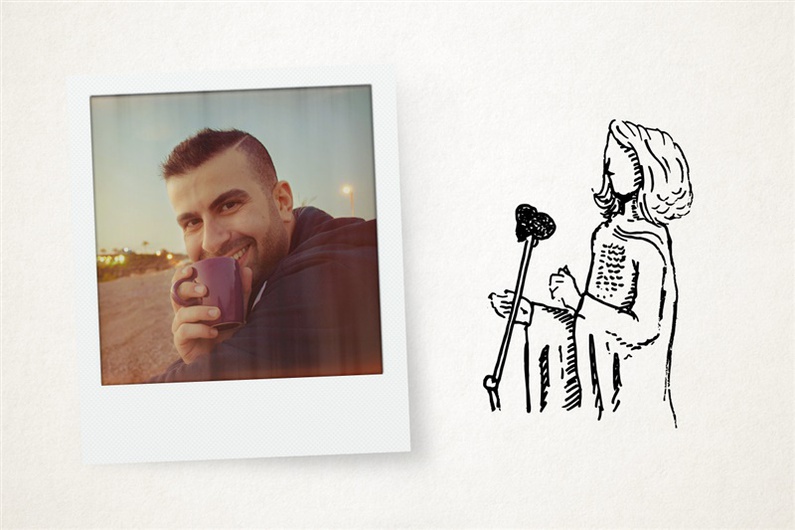 YOU - The song of Fayrouz - a Lebanese singer diva - make me feel nostalgic about Lebanon, sometimes about love but mainly for my country.

THE OTHERS - What bothers me is the nostalgia of some people I know (relatives maybe) who enjoy the time of war in Lebanon and have always a nostalgia for killing, for militia for taking part again in a war - that really drives me crazy. 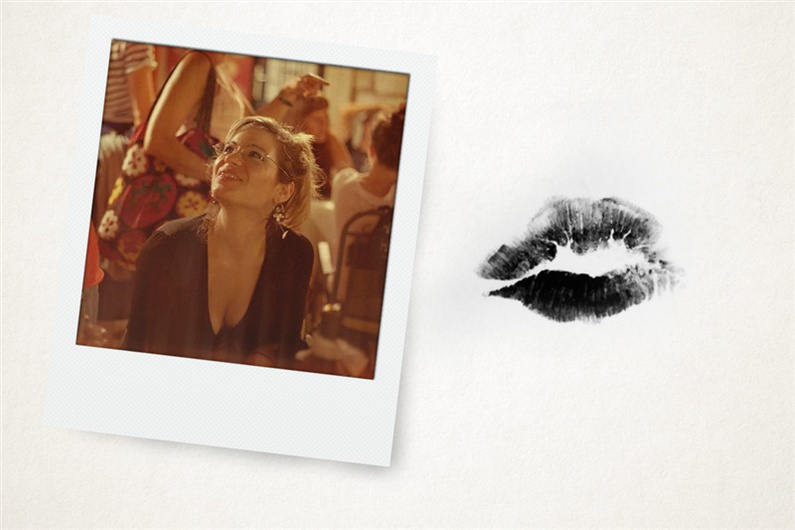 YOU - I am nostalgic about moments in my personal life, moments with friends or boyfriends, since life makes sense looking backwards. Strangely though, I am never nostalgic for professional posts I held or jobs and never about school or university. They were both torture for me.

THE OTHERS - I am terrified when I hear several compatriots talking about pre-crisis years, well, when money was around and nobody gave a second thought about our overall orientation as a society. The last five years, the crisis, are an excellent opportunity to think twice on where we are heading as a country, a nation and civilisation. But people above their forties don't see that, they miss the good old days. Bliachhh! But don't take me wrong, this can happen in any but any country in the world. It was the time for Greece now. 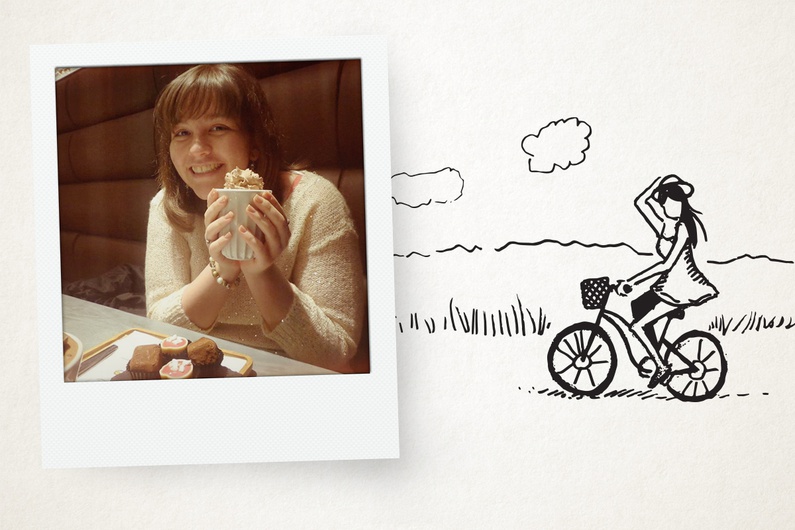 YOU - I'm nostalgic about summer, anytime I go out in the Scandinavian winter, I wish I could swim under open air and cycle without freezing. 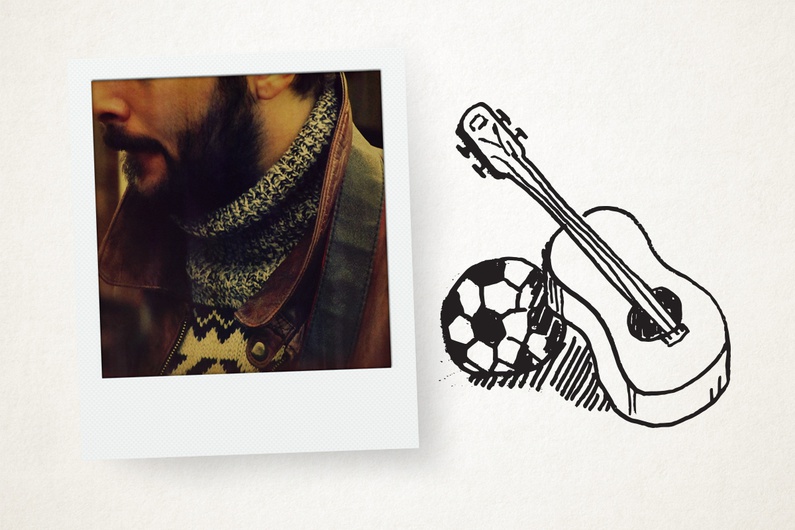 YOU - Being there in your room at 3:00 pm or so and wondering how to use the rest of the time of the day: playing guitar, or football?

THE OTHERS - I can't stand the nostalgia of journalists praising old times and paper magazines. Catch up! Develop new forms of information. Stay tuned! (I was one of those) 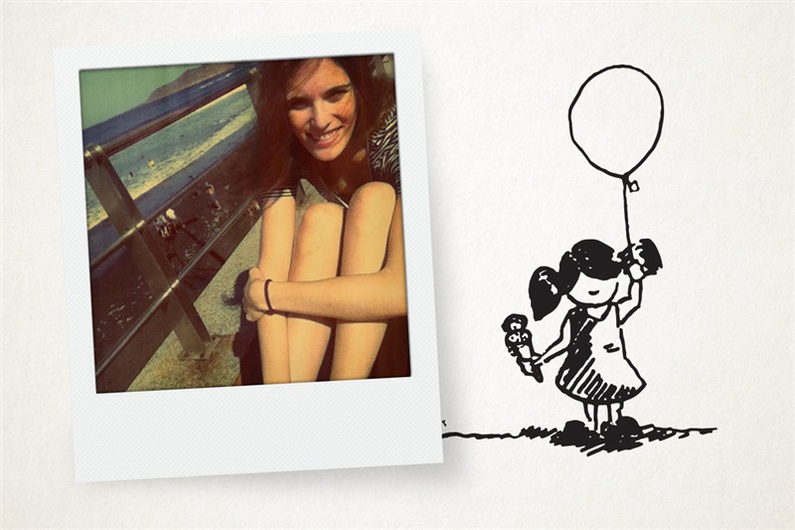 YOU - My childhood because I didn't have to worry about almost anything, no need to find job, no need to make a big effort at school, always with my parents and friends. Really good memories.

The OTHERS - When they say they are nostalgic about their lifes without technology but they say it with a Mac in their hands, their iphone, their tablet, their ipod, their usb, their e-book... 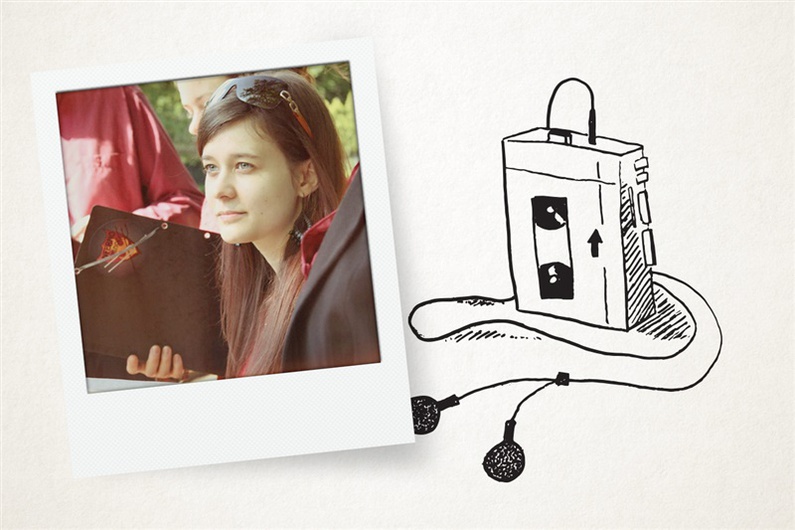 YOU - There was an album with the title "On the road with Ford" (in Hungarian it is a pun but I cannot translate it). It was a kind of mixtape with late 80's-early 90's music. Then I remember "Joyride" from Roxette, my very first album. I was like five. It was on a tape, not even a CD. I am nostalgic in general about tapes and walkmans.

THE OTHERS - I'm very honest here: Hungarian people tend to be nostalgic about bad things because for some reason, they enjoy talking about how bad everything is and always was for Hungary, how much we suffered and how cruel everyone was to us — Turks, Austrians, Germans, Soviets, etc, throughout history. 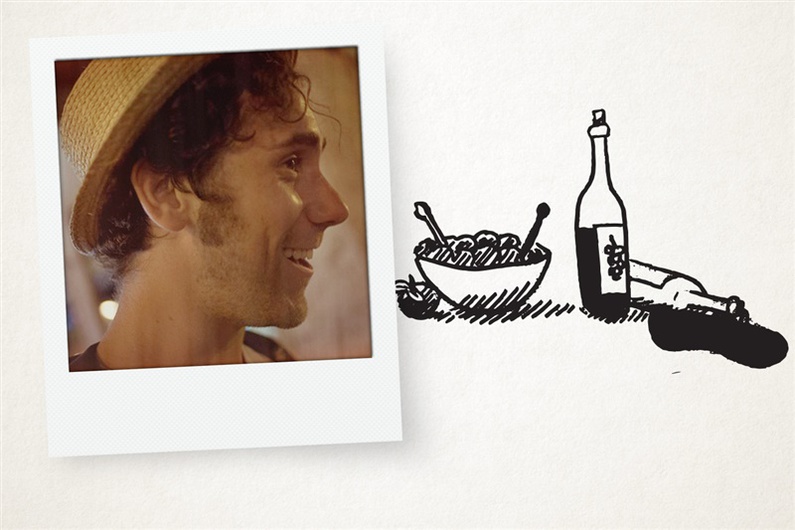 YOU - The red and blue tents of the beach of Hendaye remind me my Basque grandma. Whenever I see peeled tomato salad I think about my grandpa. Childhood is the first essence of nostalgia. But not exclusively. At 28 years old, every hangover makes me nostalgic about the beginning of my twenties when I had no problem binge drinking repeatedly. I felt serene.

THE OTHERS - Political nostalgia doesn't make any sense to me. To not accept change and simply say "hey, everything was better before", I can understand, but it means to refuse to have a global point of view. That really freaks me out. 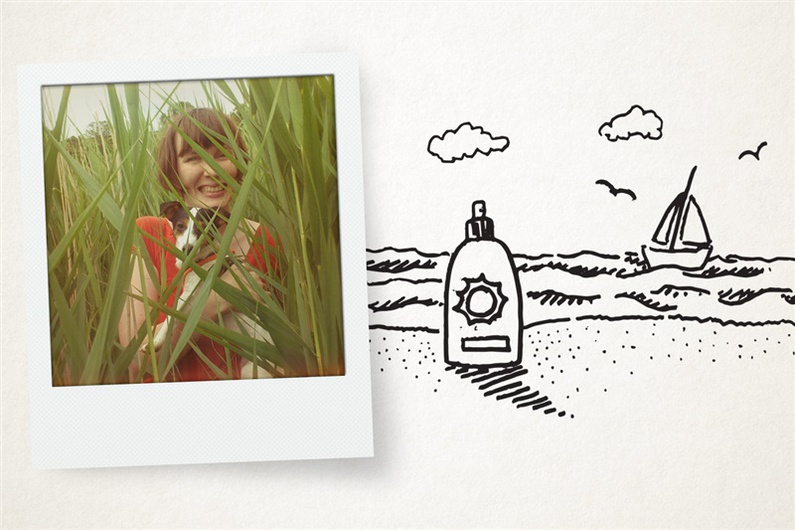 YOU - There's a particular type of sun cream, the smell of which instantly transports me back to being about five years old and on holidays in France - it's not a very lovely smell but the memories it conjures make me smile. Or songs, songs make me very nostalgic - often the cheesiest pop anthems remind me of being a teenager doing am-dram (amateur dramatics). "It's all about you, it's all about you baby!"

THE OTHERS - So many people look back fondly on their school days - but I was glad to escape them! 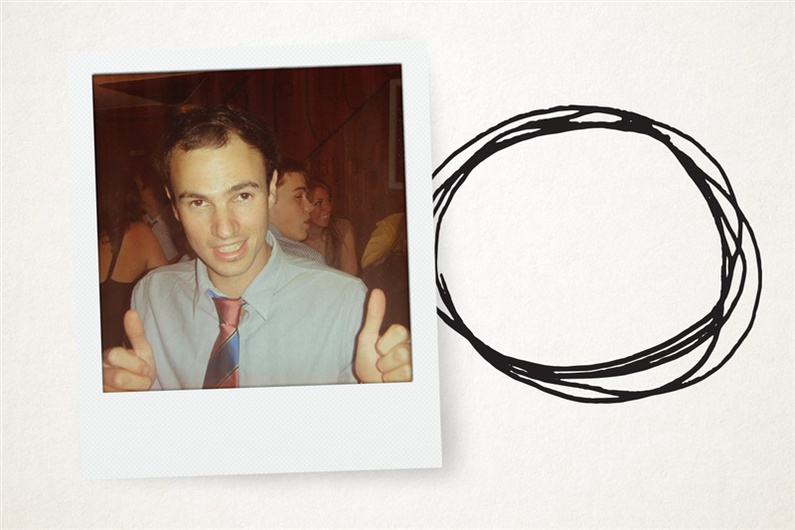 YOU - All in all, I feel nostalgic about almost every part of my life, because I think memory is selective and erases the negative aspects and accentuates the positive and the pleasurable - hence the past always seems better than the present. But, when you are aware of it, you can try and act like your memory in the present and selectively highlight the good and disregard the bad, although it ain't easy. 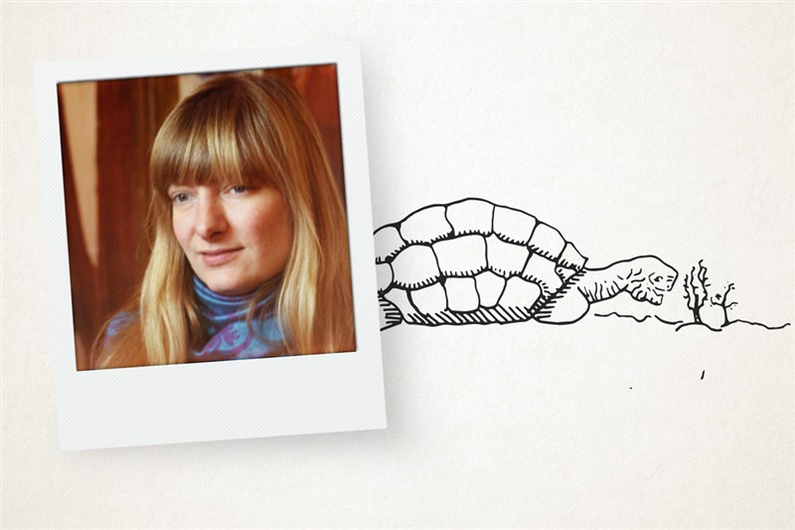 YOU - The ancient Morla of the Neverending Story (1984), a cinema adaptation of the book of German author Michael Ende, has somehow always crossed my path again. I saw the film at least ten times at the cinema. BACK THEN cinema cost something like 50 Pfennig in the former GDR. With the Spanish indie band Vetusta Morla, which I really like, or my son who sails on the back of dragon Falcor with his dad singing - neverending story, really!

THE OTHERS - I really cannot understand how French youngsters can be nostalgic about the Franc. They've payed with euros their whole damn life.