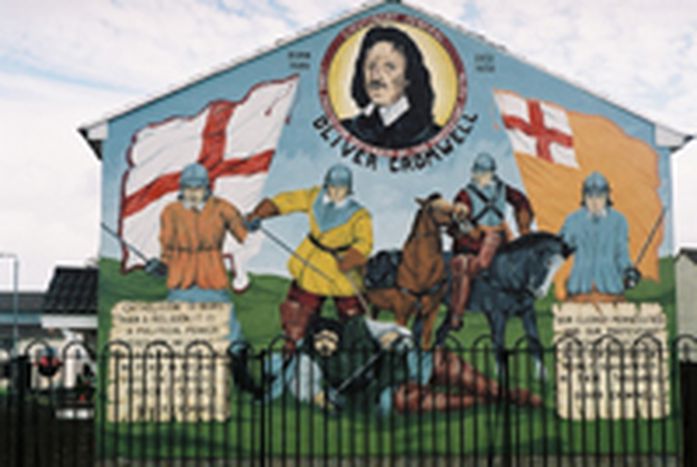 The IRA may have signed a ceasefire, but it has yet to give up crime.

Independance often comes with a fight. The Irish Republican Army (IRA) may not be as active as it was during the troubles, but since that time it has diversified its portfolio.

The IRA's fight for the independence of Northern Ireland from Britain goes as far back as the 1920s. On 28 July 2005, it brought all armed conflict to an end and agreed to decommission its weapons, after seven years of hard bargaining with both the Irish and British Governments.

The peace process has been underway since 1998 with the Good Friday Agreement, where it was decided that Northern Ireland should have semi-autonomous political structures, in particular the Northern Irish Assembly at Stormont. However 'power sharing' has been suspended since 2002, due to an impasse between the political parties over the IRA's position.

Sinn Fein (Gaelic for ‘Ourselves’) is the political wing of the IRA, represented both in Britain and the Republic of Ireland. The decomissioning of arms signifies a reversal in the balance of power between Sinn Féin and the IRA. It is, in part, due to the Sinn Fien leader, Gerry Adams, a man who denies ever being a member of the IRA.

Despite the progress made, the electorate is as divided as ever. After the 2005 general election the moderate Unionist party, the UUP, was left with only one seat while both the extreme parties, Sinn Fein and the DUP made large gains.

Sicily without the sun

Despite the ceasefire in Northern Ireland, paramilitary groups continue criminal activities such as robbery, intimidation, 'knee-capping', money laundering and drug trafficking as well as the odd homicide. The 31st of January marks the anniversary of the death of Robert McCartney, an innocent Catholic man who was beaten and stabbed by a senior member of the IRA who accused him of making an insulting gesture towards a woman in his company. CCTV footage was allegedly removed later as part of an attempt by the killers to clean the pub of all forensic evidence. In 2004 the IRA stole £26.5 million from the Northern Bank in Belfast - the biggest ever robbery from a safety volt in Europe.

The Basque “cousins”: the case of Eta

Northern Ireland is not the only European country to have been battered by separatist terrorism. The other famous European terrorist group is Eta (Euskadi Ta Askatasuna, or Basque Homeland and Freedom). Since 1958, it has killed more that 800 people in the name of the independence of the Basque “country”, situated between the south of France and the north of Spain. Like the IRA, it has in the past killed both political figures and members of the public. The Basque separatist group has continued its conflict, regardless of attempts at conciliation such as the amnesty following the death of Franco, nor the ceding of increased autonomy conceded the region. The political wing of Eta, Batasuna, was banned in 2002, but the Spanish government continues its struggle against the still-active armed faction of Eta. This past year has seen an increase in the number of lethal devices used by the group.