Will national governments accept the European Constitution, or is the Commission kidding itself? The only way to influence the outcome is to improve communication between citizens and the institutions 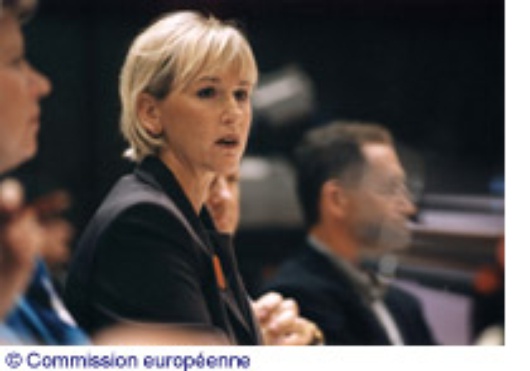 European institutions are not known for their ability to communicate. The incoming Commission president Jose-Manuel Barroso recently provided a perfect example of this when he announced that: “bringing down the Commission because two or three commissioners are unsuitable (…) would be very unwise.” And we all know how that ended. But it is not solely the fault of the European Union: the EU’s e-budget is woefully inadequate and there is no European mass media to speak of. Add to this the fact that national media has restricted access to what goes on behind closed doors in the EU and the insignificance of the European institutions becomes clear.

Only one in four citizens is well informed

Before the European Constitution was written, the Commission invested much time and effort in fostering a grand debate on Europe, consulting the citizens affected and funding the work of the Convention. However, several European summits later, the Constitution (which is now, finally, ready) remains largely unknown. According to a study carried out by Eurobaromètre in June 2004, only one citizen in four claimed to be “well informed on matters related to the Constitution.” Too many citizens have not heard about it and are worried; the word ‘Constitution’ is not a trivial matter. The information and public relations campaigns carried out so far represent a mere drop in the ocean – there is widespread ignorance of Europe generally and in particular towards the constitutional treaty. The new Commission intends to tackle the problem head on with the help of the Commissioner for Institutional Relations and Public Relations Strategy, Margot Wallström. For the Swedish politician, the Constitution’s ratification will be a top priority in the years to come.

The need for national referenda (seen as preferable to the idea of a large European referendum) has finally come to be accepted – reminding us that the Constitution is above all a constitutional treaty. As was the case with the Euro, the Commission will take advantage of member states who better understand their own populations and whose own spheres of influence are more effective than those at the European level. If governments push for a “yes” vote, the national political climate will often prove more nuanced (“yes, but…”, “yes, if…” or “no, but…”). The absence of a public European space is, for once, beneficial because it will widen the debate to all those who will have to say either “yes” or “no” to the Constitution in the months to come. Those who lament the nationalisation of European issues and debates will certainly recognise that here is a chance to discuss and promote discussion of the Constitution. In reality, there will be fewer public debates than there will be media confrontations between the ‘pro’ and ‘anti’ camps, as is often the case when it comes to the European Union. National political parties have the ability to influence citizens as their means of communication are far more effective than those of the Commission. Above all, they control the public sphere and cultural tools that are the weapons of mass persuasion. A campaign to seduce public opinion is therefore under way – one that sadly could see the real needs of Europeans sidelined.

Public relations concerning the Constitution should, however, seek to inspire the aspirations and the dreams of member state citizens – putting them in touch with the European project. In this challenge, politicians could soon be joined by the biggest celebrities. David Beckham, the English footballer, could be among those chosen by the Blair government to campaign for a “yes” vote for the Constitution. The debate is therefore splitting into two camps: one which sees the Constitution in terms of a federal Europe, and another which sees it more in terms of the common market. Between these two divergent positions each government will set up camp, though the campaign will be as much about precisely how the Constitution is interpreted. For example, in countries where too much talk of integration can be dangerous, the term ‘Constitutional Treaty’ is preferred to ‘Constitution’, as the latter is weighed down by national symbolism and the negative connotations of integration. The ‘anti’ camp will probably seek to cloud the issues as it is already doing with the question of Turkish accession.

Public relations campaigns throughout the EU will be held along more or less familiar lines. In Spain, which will be the first member state to hold a referendum, the government’s campaign has stalled: the ruling Socialists have declared themselves in favour of the Constitution and a federalist Europe. The Populist Party should follow suit but with a more liberal, anti-federalist campaign. The far-left has rejected what it sees as a step in the wrong direction for social issues in Europe. In France, there remain widely different positions even within political parties – the Socialists, for example, remain deeply divided. Whatever they may think about Europe, it will be important to convince the citizens to vote “yes” on the day of the referendum. Public relations campaigns will try to arouse public debate and that, at least, will have the virtue of concerning Europeans. It is also to be hoped that the population at large will not be taken in by populist propaganda. However, whether you are a europhile, a eurosceptic or a europragmatist, choose your side and perhaps a little discussion of the issues will allow you to decide whether or not the Constitution is right for you.