The long road to human rights

The reform of the penal system signals another great advance for human rights in Turkey. But there is still much to be done before the transformation registers in conservative minds and in the furthest reaches of the country 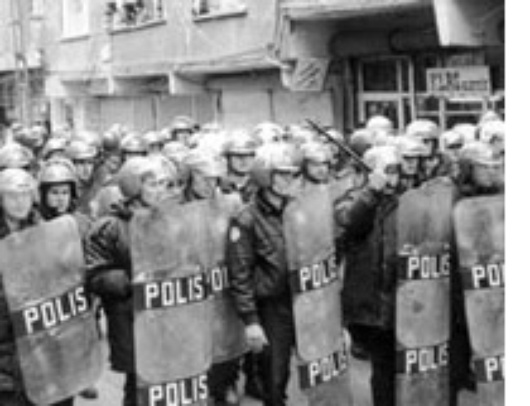 “We are Turkey and we are Turks. We make our own decisions in parliament.” The Turkish Prime Minister, Tayyip Erdogan, was loud and clear in his rejection of criticisms from Brussels: the EU has no right to ‘interfere in our internal affairs, work and parliamentary schedule’. Behind this tirade were remarks made by the EU’s enlargement commissioner, Gunther Verheugen, who had expressed concern over the postponement of the planned criminal law reform.

This reform, to which close attention is being paid, is an important condition for EU entry negotiations. But just before going to the vote, the whole reform package was put on ice because members of the ruling party, the AKP, couldn’t agree on its controversial articles concerning adultery. The conservative wing of the AKP insisted that adultery be considered a criminal offence. This makes one thing doubly clear: the Islamic-conservative AKP is not as supportive of its leader Erdogan’s pro-European programme as it often appears. The conservatives see cosying-up to Brussels as a selling-out of their interests. They want to be in the EU, but not if it means self-sacrifice. Erdogan’s defiant reaction, then, was above all for the benefit of his conservative support base. Likewise, the adultery clauses should be understood as a symbolic concession to the conservatives, without which they could not even begin to identify with the reform.

An end to honour killings

The criminalisation of adultery is otherwise incompatible with the rest of the reform: the notorious ‘anti-incitement’ paragraphs, which served in many ways to silence critical journalists, have been scrapped. Penalties for torture and the excessive use of violence against demonstrators shall be stepped up. The reform will improve the situation of women as well: marital rape will be punishable by law, rapists can no longer avoid prosecution by marrying their victim and honour killings will be treated as being on a par with other murders.

Erdogan has challenged conservatives, Kemalists and the military in other areas too. Official recognition of the Kurdish language, which is now getting airtime for the first time on television and radio and can finally be taught in schools, indicates a departure from the Kemalistic definition of State, which denies the existence of the Kurdish identity. Erdogan has also managed to restrict the influence of the military. Yigit Alpogan, former Turkish ambassador to Athens and declared ‘friend of the Greeks’, is the first civilian to be appointed Secretary-General of the National Security Council, an institution which has always acted up to now as a military shadow government.

The legal reforms of recent years have indeed been revolutionary and represent an important step on the path to joining the EU. Nevertheless, Brussels has reason to be unsatisfied: it will be a long time before the army, police, judges and civil servants in the depths of Anatolia finally break with their ingrained practices. When Verheugen was visiting Turkey, the Human Rights Foundation of Turkey warned that ‘systematic torture’ still takes place in the country’s prisons.

Other problems also remain unresolved: Hundreds of thousands of Kurdish refugees cannot return to their villages because loyalist militia have annexed their land and defend it violently from its rightful occupiers. Kurds are subject to harassment and discrimination from the police and authorities because, after years of civil war with the Kurds, it seems everything is allowed. In the South East, police have collaborated in the growth of a mafia network that controls both legal and illegal trade and doesn’t hesitate to use force to protect its interests.

Whether reforms will reach as far as the country’s last police station and furthest courtroom depends upon how much energy the Ankara government is prepared to put behind backing the new laws and how actively it will supervise their implementation. It also depends upon how convinced the government is by the ‘EU project’.

Clearly, elements of the AKP fear that EU accession means abandoning their Islamic values and Turkish identity. Such fears are fed further by discussion in Europe suggesting that if Turkey wants to join, she will have to assimilate culturally. Large sections of the Turkish population are not prepared to do that. The debate should focus on economy, democracy and human rights, instead of continuing to examine whether Turks are Europeans. Because the more insistently Europe asks this question, the more they feel like Turks.